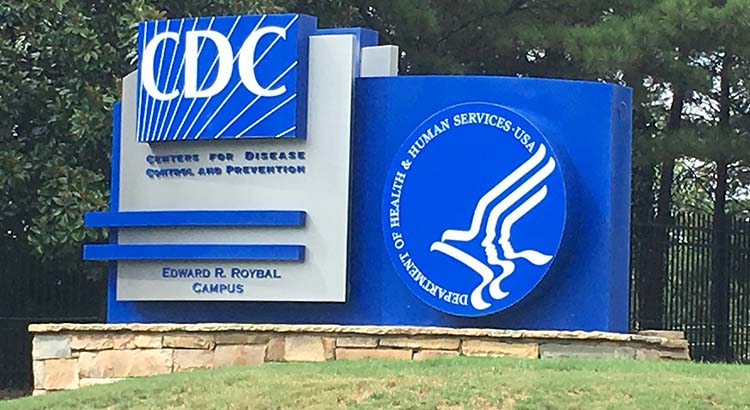 The Centers for Disease Control and Prevention said Monday it’s likely the United States will see additional cases of monkeypox in the coming weeks, but officials cautioned that it’s harder to transmit the virus than it is to spread respiratory illnesses like COVID-19.

Monkeypox, which is also spreading throughout Europe, has an incubation period of one to two weeks and often comes with flu-like symptoms, swollen lymph nodes, a rash and lesions.

Most people recover from the virus within two to four weeks without specific treatments, though it can be more severe in those who are immunocompromised or have other illnesses.

Lab tests have confirmed one case in a Massachusetts man and the CDC is waiting on lab results to confirm what officials expect is one case in Florida, one in New York City and two in Utah, CDC officials told reporters in a press call.

All the cases the CDC is investigating as of Monday afternoon are travel associated and have occurred in men, according to Jennifer McQuiston, deputy director of the CDC’s Division of High Consequence Pathogens and Pathology.

Despite the higher-than-normal spread of monkeypox in the United States and Europe, she said, public health officials have no reason to believe the virus has become more easily transmissible.

“Right now we’re not seeing any evidence that this virus has changed to become more efficiently transmitted person to person,” McQuiston said.

She also noted that researchers have had decades to study monkeypox to learn how it spreads and how to treat it, a much different situation than officials faced at the beginning of the COVID-19 pandemic, when health care providers were dealing with a completely new virus.

“I know that early in COVID we had not a lot of information and things changed as we learned more. We do know a lot about monkeypox from many decades of studying it,” McQuiston said.

Doses of two vaccines approved for treatment of smallpox that can also be used for monkeypox are stored in the strategic national stockpile.

The CDC says monkeypox “was first discovered in 1958 when two outbreaks of a pox-like disease occurred in colonies of monkeys kept for research, hence the name ‘monkeypox.’ “

John Brooks, a medical epidemiologist in the CDC’s Division of HIV/AIDS Prevention, said on the call with reporters that monkeypox spreads through close, personal contact. It’s not traditionally thought of as a sexually transmitted disease, but it can be spread through sexual contact.

Brooks noted that while anyone can develop and spread monkeypox, many of the people diagnosed so far throughout the U.S. and Europe identify as gay or bisexual men and “the virus appears to be circulating globally in some parts of the gay community.”

Anyone with a new or unexplained rash, Brooks said, should see a doctor and make sure to mention to the health care provider that monkeypox is being observed in the United States and other parts of the world. That rash can look similar to chicken pox or herpes, he added.

As of Monday afternoon, Brooks said, there wasn’t sufficient evidence of monkeypox spreading so rapidly that public health officials would want to recommend shutting down events such as Pride Month activities set to begin this weekend. However, he cautioned that anyone who feels sick should isolate at home and seek out health care.

The uninsured should visit a sexual health clinic, he noted.

The CDC is reaching out to health care providers to explain how to diagnose a case of monkeypox and to note that the “lesions and rashes have been a little atypical to what” public health officials normally expect, according to Brooks. People with monkeypox are considered infectious while they are ill.

At the moment, McQuiston said, the case count is low, and she doesn’t think there’s a great risk to the public from monkeypox within the United States. But she noted that health care providers and the public need to pay close attention to the communities where the virus might be circulating.

Two vaccines are approved to treat smallpox that could be used to treat monkeypox, ACAM2000 and Jynneos.

More than 1,000 doses of Jynneos are stored in the strategic national stockpile at the moment, with plans to ramp those numbers up very quickly in the coming weeks, McQuiston said.

There are more than 100 million doses of ACAM2000, the older generation vaccine that does have potential significant side effects. McQuiston said that means any decision to widely distribute it would follow significant discussions among public health officials.

The CDC, McQuiston said, is vaccinating contacts of known cases if they fall into a high-risk category, such as being immunocompromised.

There are also two antivirals approved to treat smallpox that could be used to help people diagnosed with monkeypox — Tecovirimat, or TPOXX, and Brincidofovir.

Brett Petersen, a medical officer in the Division of High Consequences of Pathogens and Pathology at CDC, said the agency has an expanded access to new drug protocols to allow doctors to use Tecovirimat, or TPOXX, to treat monkeypox. Officials are in the process of negotiating with Brincidofovir’s manufacturer.