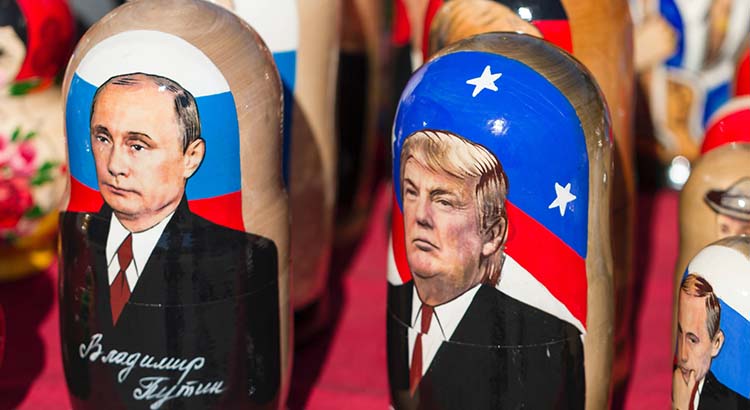 Ukraine’s desperate fight to avoid authoritarian rule is a stark reminder of how important our democracy is — how much we need to treasure it, protect it and continue to work to make it better.

Ensuring that our democracy prevails must be done in every unit of government in this great republic. The threats that ultimately destroy a nation begin with a single step or action from within, often unnoticed until the destructive forces have gained momentum and established a foothold.

It should be noted that the decline of democracy and the rise of authoritarianism has been slowly occurring worldwide.

It behooves every American to take stock of the dialogue and actions occurring in the halls of government and in our communities. Are they indicative that our democracy is strong or at risk, if not indeed, in danger?

In recent years, and in many ways, we are experiencing the creep of authoritarianism in America.

The greatest examples are the distortions, lies and misinformation about the 2020 presidential election being fraudulent. These false narratives are akin to authoritarian and dictatorial propaganda.

Now, we have learned that the propaganda’s tentacles reach all the way to the U.S. Supreme Court, harming its image and role as the highest arbiter in the land.

The undemocratic behavior we have witnessed in state legislatures across the country when it comes to preserving the basic right to vote should be another cause for alarm. There are many other areas where the basics that preserve our democracy are readily cast aside.

The ongoing false narratives and demonization that occur between lawmakers in the U.S. Congress who should be functioning with civility and decorum are reminiscent of what happens when propaganda becomes the priority rather than truth and protecting the public will.

This uncivil behavior has become emboldened and pervasive in many aspects of American life.

Often war in far-away places reinforces the false complacency and belief that we are immune to such utter devastation and suffering.

While the threat of war against the U.S. by some foreign power might be remote, the war that Russia has waged against Ukraine is a stark reminder of the inhumanity and devastation that can be wrought by authoritarian and dictatorial regimes.

More importantly, the war in Ukraine shows why we need to guard and protect American democracy more than ever.

Like Ukraine, perhaps our greatest threat comes from within from age-old divides that continue to erode our unity as a nation and make the nation vulnerable to an internal aggressor.

Just as the cultural, historical, and economic divisions over slavery between the north and south culminated in the Civil War, a similar situation existed in Ukraine leading up to the war today. The historical, cultural, and economic divisions between the southeast region in Ukraine, known as the Donbas Region, and the rest of Ukraine have served as impetus for the current war.

These divisions within Ukraine, were first exemplified in pro-Russian and anti-government protests, which evolved into ongoing fighting within its borders by Russian separatists in the Donbas region.

This ongoing civil unrest and insurgency has made Ukraine’s efforts to live in a democratic republic vulnerable to take over by an authoritarian dictator.

What lessons can we as Americans learn from this war?

First, what is happening in Ukraine did not occur overnight. Forming, maintaining and keeping its democratic form of government has been a long struggle, dating back decades.

At the point when the country appeared most stable in its history, suddenly their democratic form of government is at grave risk. The seeds of authoritarianism have been festering within its borders.

America, the democratic republic, had existed almost one-hundred years before it was almost destroyed by the Civil War. But the seeds of that war had been germinating for decades.

Second, wars are often fought first with divisive words, not bullets. That is probably the greatest lessons we as Americans can heed.

We are experiencing a very divisive time in the history of this nation. We need to take stock of the words and actions taking place in our state legislatures, in the U.S. Senate and House of Representatives.

Many of the laws and rights outlined in the Constitution, and many of our traditions and institutions are being attacked, distorted, misrepresented, and challenged by extremist groups and some elected leaders alike.

Some mainstream media outlets, which should be preserving a core tenet of democracy, freedom of the press, have instead defiled it by becoming propaganda machines.

How much does this growing trend reflect, mimic or represent what is occurring in communities and among citizens across America?

Do the war of words and the willingness to disregard the democratic traditions and institutions that have sustained this Republic put its democracy at risk?

There are retired respected military generals who are concerned that America is in fact on a slippery slope, where our democracy could be at risk, based on the pervasive authoritative and poisonous positions that have dominated the political landscape during the last several years.

Many Ukrainians, no doubt, did not think their democratic way of life was in jeopardy of being annihilated. No doubt, many thought that despite the protests and the infighting with Russian insurgents, their country was still pretty secure.

How quickly things can deteriorate. How quickly divisive words can turn into divisive battles and all-out war.

What we see happening in Ukraine and the threats to other democracies, should motivate and inspire us to fight for and protect our democracy.

To make it better, work to enable it to live up to all of its potential and promise.

Who among us really wants the alternative?

Janice Ellis has lived and worked in Missouri for more than three decades, analyzing educational, political, social and economic issues across race, ethnicity, age and socio-economic status. Her commentary has appeared in The Kansas City Star, community newspapers, on radio and now online. She is the author of two award-winning books: From Liberty to Magnolia: In Search of the American Dream (2018) and Shaping Public Opinion: How Real Advocacy Journalism™ Should be Practiced (2021). Ellis holds a Ph.D. in communication arts, and two Master of Arts degrees, one in communications arts and a second in political science, all from the University of Wisconsin.