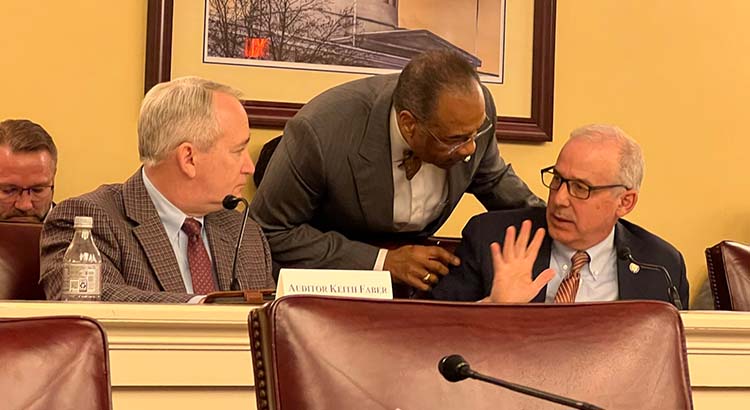 As lawmakers consider their next move on redistricting, the overall cost has ballooned to nearly $1.8 million, according to an accounting through April 19 provided by the Legislative Services Commission.

The bulk of that expense has been charged to the Legislative Task Force on Redistricting, which has accounted for $983,283 going back to August of 2019. Their biggest single line item was a $282,271 expenditure to Ohio University, the school tasked with preparing census data for mapmakers. All told, the school received $427,597 for its efforts.

The second biggest line item charged to the Legislative Task Force was $103,000 to the law firm Nelson Mullins Riley & Scarborough. GOP lawmakers hired two Nelson Mullins attorneys, Thomas Farr and Phillip Strach, at a total cost of $114,500 to advise the General Assembly on redistricting. Farr and Strach made a name for themselves in part by defending North Carolina’s racially gerrymandered maps in court.

That advice might be expensive, but their representation costs more. Once the maps were challenged in court, Senate President Matt Huffman and House Speaker Bob Cupp again turned to Nelson Mullins to serve as their defense team. So far, they’ve run up nearly $475,000 in attorneys’ fees.

Between the firm’s work as special counsel advising mapmakers and its work unsuccessfully defending those maps in court, Nelson Mullins has earned $589,512.62 — roughly a third of the total cost of redistricting already, with more billable hours to come.

And that’s not the only firm making money representing the Republican leaders — Taft, Stettinius & Hollister has made $30,986 representing Huffman and Cupp. In addition, a different law firm, Organ Law, has brought in $68,022 representing the Ohio Redistricting Commission.

The $1.8 million accounting provided by the Legislative Services Commission could be far from the end of redistricting’s expenses. Late last month Republican members of the Ohio Redistricting commission decided to ignore the proposals offered by a pair of independent mapmakers they brought in to draft boundaries. That episode cost the state $89,000, but the invoice from only one of the mapmakers is reflected in the current accounting.

Similarly, there are more bills coming on the legal front. The most recent invoice is dated April 11 — four days before the state supreme court tossed lawmakers’ fourth try at drawing legislative boundaries.