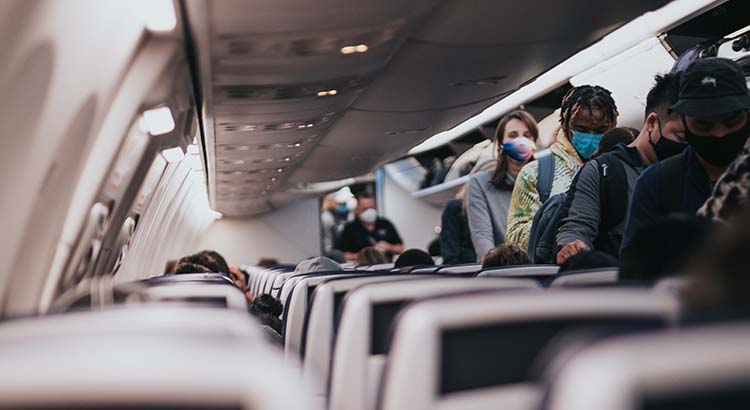 A federal judge in Florida voided the nationwide mask mandate for airline and public transportation passengers Monday, saying the requirement was beyond the Centers for Disease Control and Prevention’s authority.

A Biden administration official said that agencies are reviewing the decision and potential next steps. “In the meantime, today’s court decision means CDC’s public transportation masking order is not in effect at this time,” and will not be enforced, the official said.

The legal analysis of U.S. District Judge Kathryn Kimball Mizelle, whom then-President Donald Trump appointed in late 2020, turned on the language in a federal law authorizing the CDC to regulate sanitation.

But the word “sanitation” implies something is being cleaned, and masks, at best, trap infectious droplets and don’t clean anything, she wrote.

“The Mask Mandate is best understood not as sanitation,” she wrote. “But as an exercise of the CDC’s power to conditionally release individuals to travel despite concerns they may spread a communicable disease.”

That power, Mizelle said, is usually only available when it applies to individuals entering the United States from other countries or individuals traveling between states who are “reasonably believed to be infected. “ But the mask mandate applied on a much broader level.

The judge also found that the CDC improperly bypassed a standard requirement to accept public comments on the rule. She rejected the government’s argument that the public health emergency required quicker action.

The order applies nationwide. It is not yet clear if President Joe Biden’s administration will seek an appeal.

The administration had extended the mandate to May 3, even as other federal, state and local pandemic regulations were relaxed. It applied on commercial flights and in airports, as well as in taxis, trains and other public transportation.

A group of 17 congressional Republicans filed a suit last month challenging the mandate. Monday’s order was separate from that case.

The mandate likely contributed to more disruptive behavior aboard commercial flights during the pandemic, as noncompliant passengers argued with other passengers and the flight attendants tasked with enforcing the mandate.

Of more than 1,100 cases of unruly passengers reported by the Federal Aviation Administration so far this year, 744 were related to masking, according to FAA data.

The ruling was greeted by Republicans. “Good riddance,” tweeted U.S. Rep. Dan Bishop, a North Carolina Republican who was part of the House Republicans’ suit. “Americans should never again be harassed about masks on planes or any form of travel.”

Representatives for the White House and the CDC did not immediately respond to a message seeking comment.