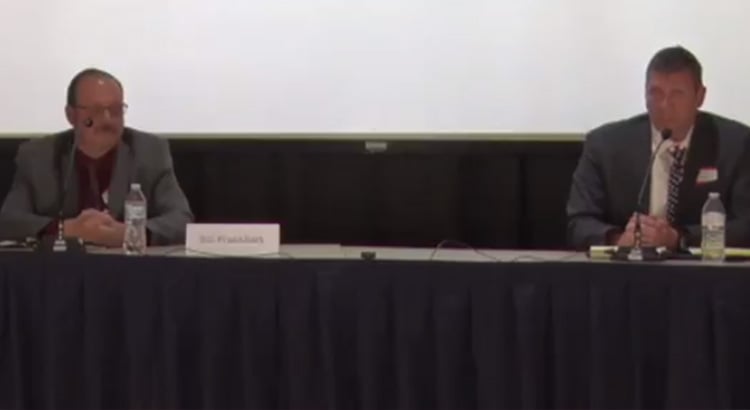 The Republican candidates for Seneca County Commissioner in 2022, from left: William "Bill" Frankart and Adam Smith. (Screenshot via League of Women Voters of the Tiffin Area / Facebook)
ShareTweet

Tiffin, Ohio — The two candidates running in the Republican primary to succeed Mike Kerschner on the Seneca County Board of Commissioners faced off in a forum hosted by the League of Women Voters (LWV) Wednesday evening.

William “Bill” Frankart, a farmer and current Adams Township trustee, and Adam Smith, a small business owner, answered questions from the audience and from the voters’ guide put together by the League. The forum was held at Tiffin Middle School and was moderated by Gene Chintala, president of the League of Women Voters of the Tiffin Area.

The first set of questions revolved around the controversial Sunny Farms Landfill in Fostoria. Both candidates were asked if they would be in favor of allowing expansion of the landfill. 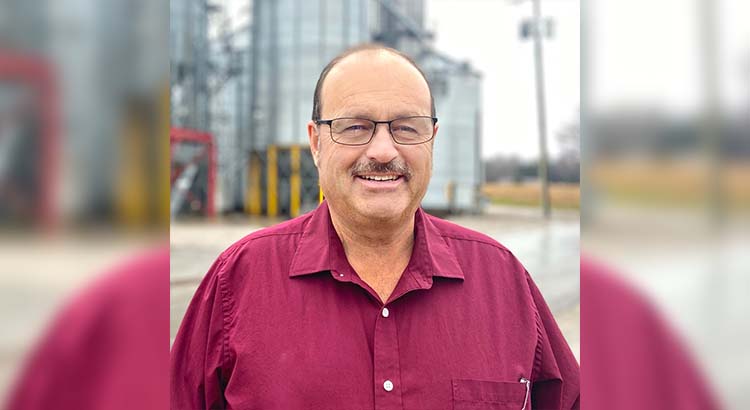 “I am not in favor of expanding it,” Frankart said. “I believe that states should take care of their own waste. We’ve been taking at least 7,500 tons a day from out of state, and I believe that that’s not a good situation for Seneca County to continue to grow that. I am always in favor of business and expanding business, but on that avenue there, I just can’t get behind expansion of the landfill.”

Smith, on the other hand, said he would support expansion of the landfill.

“My take on this is, commissioners do not govern the landfill. That is up to the EPA and up to the health department,” Smith said. “I’m all about economic development, so I would be in support of expansion of the landfill.”

The candidates were then asked who is permitted to use the landfill, and if any changes should be made to that policy.

Smith said he is unaware of who is allowed to use the landfill. “I don’t know enough about that question to answer that, as far as being able to use it, or not use it. So I’ll defer to Bill on that one,” he said.

Frankart said the landfill is currently allowed to bring in 7,500 tons of waste per day from out-of-state. “To me, that is not a good situation for Seneca County. Again, that’s why I believe it should not expand any more than what it is now,” he said. “Part of the commissioners’ job is, we are part of the Solid Waste District, along with Ottawa and Sandusky counties. Once I am on the board, with your will, I will evaluate the steps that have been in place… to see if there’s any other scenario we could work out to be able to contract the tonnage coming in.”

Staying on the landfill topic, Frankart and Smith were then asked if they are in favor of more local or state control of the landfill.

Frankart said he is in favor of more local control, as opposed to having “everything regulated out of Columbus.” Smith said he believes local government shouldn’t trump the state government, and vice-versa. 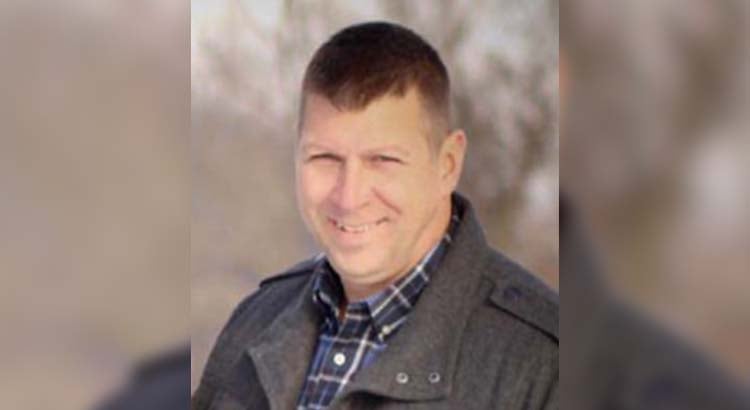 On another controversial topic, the candidates found common ground. Both Frankart and Smith said they are against development of wind energy projects in Seneca County.

“I think Reineke did a phenomenal job on SB 52, and that is, take it to the voters. Me personally, I wasn’t for wind turbines from day one. I think you take it to each property owner and let the voters make that decision, but no, I would not be in support of that,” Smith said.

Frankart touted his experience as an Adams Township trustee, saying that his township was the first in the county to intervene against proposed wind farms.

“I personally have submitted letters for testimony in opposition to the wind turbines,” Frankart said. “Prior to SB 52, Columbus was making the decisions as to whether we were going to get wind turbines or not. And that’s why I firmly believe that local control is the best way to have everybody partake in this from here forth, whether its wind turbines, the landfill, or anything else.”

You can watch the full video of the candidates’ forum here, including questions for candidates running for Seneca County Common Pleas Court judge, and representatives for the Tiffin City public street ballot issue.