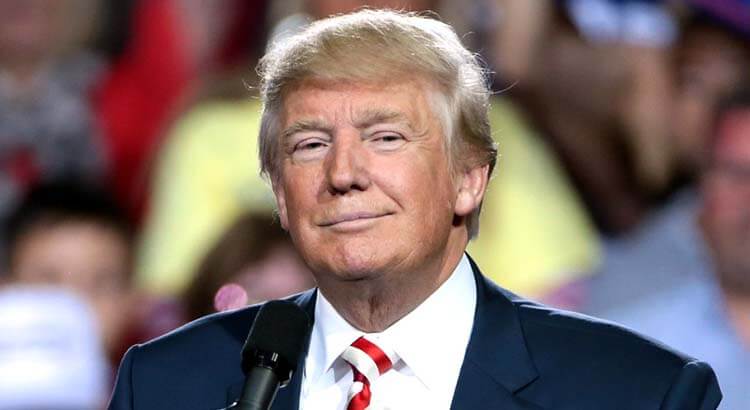 This should be the final straw. A former American president genuflecting to a ruthless dictator invading a democratic ally of the United States. Can you imagine any other U.S. president publicly admiring a violent, unprovoked assault on a sovereign nation of democracy-defending citizens? Hell no.

Yet, even as Russian President Vladimir Putin rained carnage on Ukraine with overpowering military might, Donald Trump repeatedly praised the autocrat and savaged the current American president. He has raised betrayal of his own country to an artform. As Russian artillery was blowing up Ukrainian cities and terrifying millions across the vast Eastern European state, Trump was giving verbal attaboys to his Kremlin idol.

In American broadcast interviews, he applauded the Russian leader’s brilliance in executing war on innocent people and exclaimed that Putin declaring “a big portion of Ukraine independent” was a “wonderful” move ahead of his military invasion. The New York Times noted, with understated rage, that “the kind words a former president gave a foreign adversary locked in a geopolitical showdown with the United States — and committing the most egregious act of aggression in Europe since World War II — would be virtually unprecedented but for the fact that Mr. Trump himself had praised Mr. Putin only a day earlier, saying his aggression was “genius” and “very savvy.”

Trump even managed to tie his corrosive fabrication about a “stolen” 2020 election into the Russian attack narrative, insisting “it would never have happened if I had been in office.” But, mostly, the twice impeached loser with anti-democratic ambitions of his own can’t stop gushing about Putin’s intellect and moxie to go full-on imperialistic in violation of all manner of international norms.

No doubt Trump envisions himself a norm-breaking Putin peer consumed with crushing democratic threats (like free and fair elections) to advance his seditious aspirations. But as a feckless president, Trump was less a peer and more an easy mark for strongmen like Putin. He was (is) a vain, malleable puppet who danced for despots if flattered. Who can forget his deference to Putin in the Helsinki summit? Ohio U.S. Sen. Sherrod Brown reflected on the miserable moment the day war returned to Europe last week.

Jaws dropped then (as now) when the former president sided with Putin instead of the U.S. and its intelligence agencies. “I went back and watched part of that press conference and just the way they walked out. Trump looked like a puppy following his master. He clearly betrayed his country. But what was really telling (about an American president defending an adversary’s ongoing, pervasive attempts to undermine our democracy) was how almost no Republican in the Senate or House criticized Trump directly for being an absolute patsy for Russia.”

Trump’s party knew what Putin was up to, the cards were all on the table, Brown said, but largely gave its standard-bearer a pass on selling out his own nation to a sworn enemy. Today, Republicans continue to pay homage to the clear and present danger who incited a vicious attack on the U.S. Capitol to violently overturn a democratic election. They recast the terrorizing assault on the seat of our democracy with Orwellian flare as “legitimate political discourse.” And they are mute about the hero-worship their likely 2024 nominee for president is lavishing on an insidious autocrat as Putin pulverizes a free, democratic country into Russian submission.

Republicans will bash the American president fighting to defend democracy and our national security as Russian tanks and artillery threaten not just Ukraine but all of Europe. They will belittle his intelligence, competence, weakness. They will blame his administration for Putin’s war. They will chortle about owning the libs.

But they won’t directly criticize the former leader of the free world for saluting Putin’s prowess in destroying the hard-won democratic gains of the Ukrainian people. “It’s sort of Helsinki all over again,” said Brown. “When Trump throws in with an authoritarian government([that rejects even the semblance of democratic legitimacy) Republicans stay quiet. They’re in this position now where if they speak out (against the pro-Putin, anti-democratic apologist) they know the Republican base will be mad with them and that’s why they don’t.”

Here’s the thing every American, still committed to self-governance, needs to get straight. You are either for defending democracy or not. There’s no gray area. Trump is not. The political party he inexplicably lords over, is not. Defenders of democracy do not whitewash insurrection as political expression or seek endorsements from a Putin puppet singing his praises while Ukraine suffers.

If ever there was a time to burn a MAGA bridge with despicable turncoat in awe of the naked power politics deployed by an adversary to destroy a democracy allied with America, it is now.  But the GOP made a deal with the devil that trumps allegiance to government of the people.

“One party stands for democracy and the other party no longer does,” lamented Brown. “As much as I disagree with Republicans on issues and conservatives on issues, they had a legitimate small-d democratic point of view. Now they don’t. That’s what’s at stake in 2022 and beyond.”

The Republicans’ Faustian bargain for power precludes a vigorous defense of democracy abroad or at home and demands loyalty to a demagogic, Putin-loving leader. That should be the last straw for outraged Americans regardless of politics.