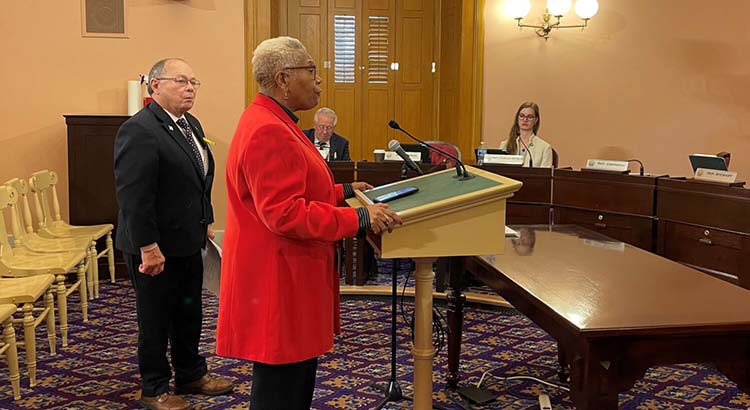 More than a year after its introduction, a measure establishing a statewide database for police officer hiring got its first committee hearing. Still, the proposal may be a longshot in the GOP-controlled House.

For years, reformers have called for such a database. They invoke officers like Timothy Loehmann, who shot and killed Tamir Rice in Cleveland. Loehmann served briefly with the Independence Police Department a few miles outside Cleveland, Rep. Michael Sheehy, D-Toledo, explained, but he resigned to avoid getting fired.

“Six years later, we are still seeing that the officers who are involved in these types of shootings are often ones who have been disciplined before,” Sheehey told the committee.

Sheehy and Rep. Paula Hicks-Hudson, D-Toledo, are sponsoring House Bill 11, which directs the attorney general to set up a statewide database for officer hiring. The system would catalog any officers who were fired or resigned to avoid termination or discipline. Hicks-Hudson compared it to similar oversight for attorneys.

“What we’re really trying to look at and trying to do is not allow those law enforcement officers to go from one jurisdiction to another, knowing that there’s been some type of, I would say, breach of your public duty,” Hicks-Hudson said.

Officers’ disciplinary records are already public record, and the proposed database including name date of birth and reason for separation, would be as well. The database would not include information about an officer’s residence which is already shielded under current law.

The measure goes further to provide civil immunity to agencies who comply with the measure, and it imposes first degree misdemeanor penalties on people who use database information to intimidate or harass another person.