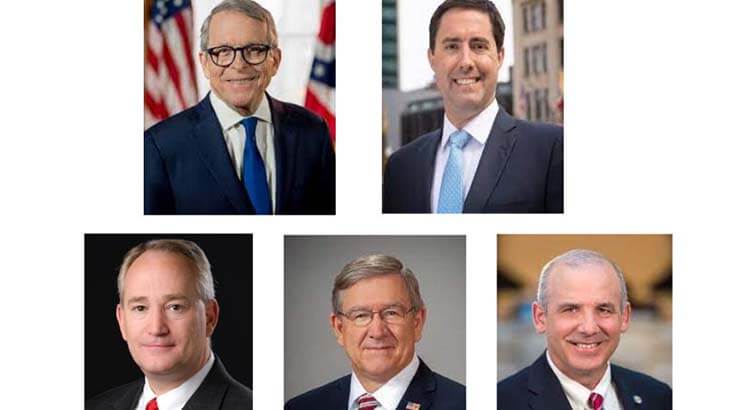 The conclusion that Republican members of the Ohio Redistricting Commission do not want Ohio voters to enjoy free and fair elections is unavoidable.

They want to rig the game to enshrine their power and will stop at nothing to do exactly that.

They will defy the Ohio Supreme Court while supporters murmur about impeaching the chief justice who stands in their way.

They will vote down proportional maps. They will throw primary elections into chaos and refuse to do anything to alleviate the chaos they created, because manufacturing a primary date crisis is part of their legal strategy.

They will force boards of elections to move forward ballots with district lines that have not been approved by the court.

They will argue they have no obligation to produce a congressional map that does not unduly favor their party, and then they will play the role of victim, pretending it’s beyond question how good faith their intentions have been.

They will argue with a straight face that a 10-3 congressional map with two toss-ups is not gerrymandering in a 54/46 state.

They will claim to be receptive to amendments to make maps better and then shoot down those amendments in partisan 5-2 votes.

They seem to want to create the primary date crisis in an attempt to force the Ohio Supreme Court to either accept their gerrymandered maps or select maps that they can then appeal to a federal court judge. They don’t seem to be aware how loathe all federal judges are to overturn a state supreme court decision, including firebrand conservative federal judges.

I’ve rarely been so disgusted by such an ignominious, brazen display of absolute contempt for Americans’ fundamental freedom to fair elections.

Of course, contempt for free and fair elections appears to be de rigueur for Trumpian Republicanism in 21st Century America.

In keeping with this current fashion, these Ohio Republicans are full-throttle anti-democracy.

As lawyerly sophists are wont to do, they attempt to catch the conversation up in minutia. They attempt to obfuscate their true intentions with pedantic deconstructions of arcane legalese.

They’re not actually trying to rig elections to their favor, they ask us to believe, dripping with condescension. They’re high-minded constitutionalists.

Pay no attention to the clearly rigged maps we keep passing; instead listen to us wax eloquent on our solemn commitment to the strict letter of the law — as we continue to produce map after map that openly rigs elections to our favor and vote down any amendment to undo that rigging.

Somehow, they think what they’re doing is clever.

The simple, clear truth remains that this has been a pathetic charade of bad faith on their part from the beginning.

To them, it’s always been a game of, “What can we get away with?”

They persist in being a disgrace to themselves and all Ohioans.