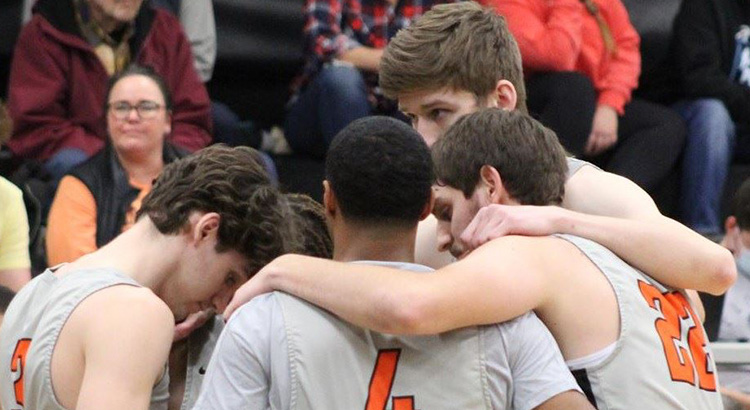 The Student Princes, who enter the tournament at 18-7 overall and a 12-5 record (third place) in the Ohio Athletic Conference, earned one of 20 at-large bids into the 64-team field. The Berg and the Eagles are in a four-team pod with Franklin College and host Illinois Wesleyan

Heidelberg will face Wisconsin-La Crosse (20-6) in the opening round of the tournament at 5:15 EST on Friday.

First-team All-OAC honoree Emmanuel Perdue started all 25 games and has averaged 15.0 points and 3.8 rebounds per contest.  Dylan Woods, who garnered All-OAC honors for the fourth-straight season, tallied 12.3 points per contest and a team high 87 assists.  Isaiah Young was voted Freshman of the Year in the conference, averaging 10.8 points per game.

Zane Leitwein is the fourth ‘Berg player to average in double figures.  The sophomore averaged 10.3 points and 4.3 rebounds per game, and had a team-high 38 steals.

Eric Panning, Seth Hohman, Tre Watkins and Nakhi Taylor have all been critical pieces in the success of the Student Princes.