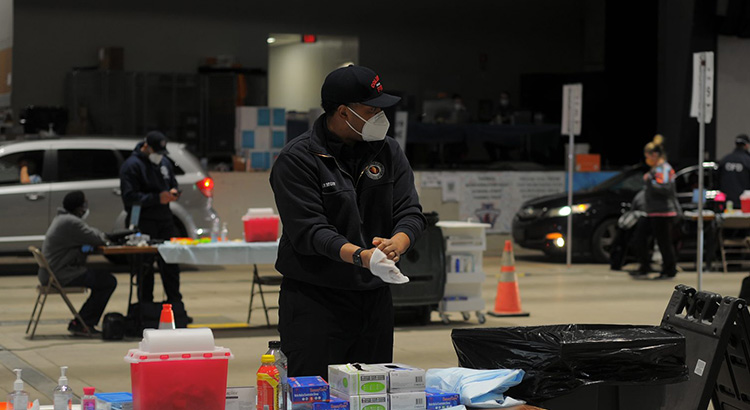 Ohio’s COVID-19 vaccination campaign has hit a new lull after two months of record low numbers of residents getting vaccinated.

While the concept of diminishing marginal returns would suggest this is to be expected, Ohio remains under-vaccinated on a national and international scale. Just 62% of state residents are vaccine-started, and 57% are vaccine completed.

Ranked by state, Ohio is the 8th least vaccine-started in the nation and the 17th least fully-vaccinated, according to data from The New York Times. Americans nationally, despite widespread access to vaccines, are about 76% vaccine-started. That’s below a list of countries both wealthy and poor including Cuba (94%), Chile (93%), Canada (86%) and Vietnam (81%), according to Our World in Data, a global, public dataset tracking the pandemic. Ohio is about as vaccine-started as Pakistan (63%).

While COVID-19 cases, hospitalizations and deaths are significantly down from the winter surge, vaccination is still key for the present and future. It provides powerful, direct protection to the recipient. It also, when enough people in a community are vaccinated, provides indirect protection for those who aren’t vaccinated or have weaker immune systems.

At the more local level, more than half of Ohio’s 88 counties harbor populations where less than 1 in 2 residents are vaccinated, according to an analysis of state data. These counties tend to be more rural and Appalachian.

Like other frontiers of the pandemic, vaccination became mired in partisan politics with real human consequences. On average, former President Donald Trump won 53% of the vote share statewide in the 2020 elections. But in Ohio counties that are less than 50% vaccinated, Trump won on average 74% of the votes.

While COVID-19 deaths concentrated in populous, urban centers early in the pandemic, the paradigm shifted after vaccines became available, according to the Pew Research Center. By late 2021, death rates in the counties Trump won most decisively were about four times those of President Joe Biden’s winningest counties.

On a statewide basis, older Ohioans are vaccinated at significantly higher rates than their younger counterparts. For instance, those 65 and older are between 80% and 85% vaccinated. Those aged 20 to 49 are between 51% and 63% vaccinated. 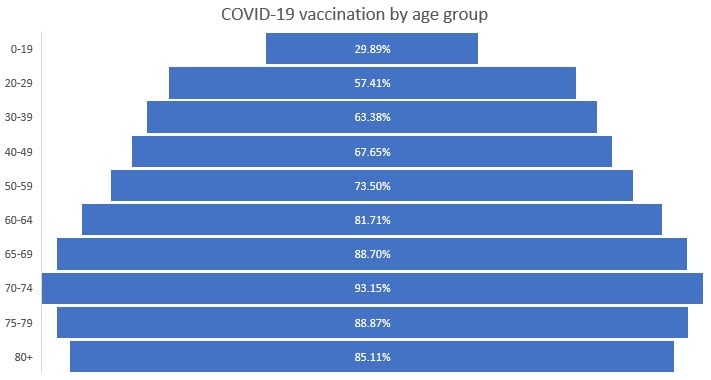 Ohio schools require vaccination as a term of enrollment against a broad spectrum of infectious diseases like measles and chicken pox, yielding immunization coverage between about 75% to 95% depending on the disease.

However, the conservative state legislature has signaled an unlikeliness to mandate coronavirus vaccination.

Republicans in both chambers of the General Assembly passed legislation in 2021 blocking schools and colleges from mandating receipt of COVID-19 vaccines that are only federally approved on an emergency basis. Both the Moderna and Pfizer vaccine have since received full federal approval.

The Ohio House passed legislation prohibiting a wide range of employers, businesses and schools from requiring receipt of any vaccine, not just the COVID-19 vaccine. The Senate has not voted on the bill.