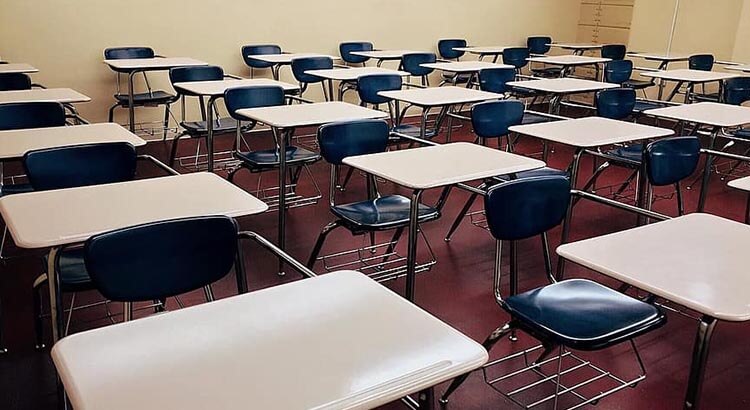 Amid the chaos and uncertainty of the redistricting process, a deadline loomed that would decide representation on the Ohio State Board of Education. It depended on having district lines to reference.

Legislative and congressional maps are both in limbo after the Ohio Supreme Court rejected both maps, the legislative maps getting sent back for a second time last week.

Gov. Mike DeWine was forced to assign the Ohio State Board of Education districts himself because the deadline for establishing districts for the board was January 31. Using the state senate map adopted by the Ohio Redistricting Commission on Jan. 22, DeWine signed the letter notifying board members of their districts on the day of the deadline.

Ohio Revised Code states the board of education districts must be established by Jan. 31 in a redistricting year, and if the General Assembly doesn’t create those districts themselves, the governor must take on the job.

Each board district has to makeup three contiguous state senate districts.

“Each state board of education district shall be as compact as practicable,” the state law reads. 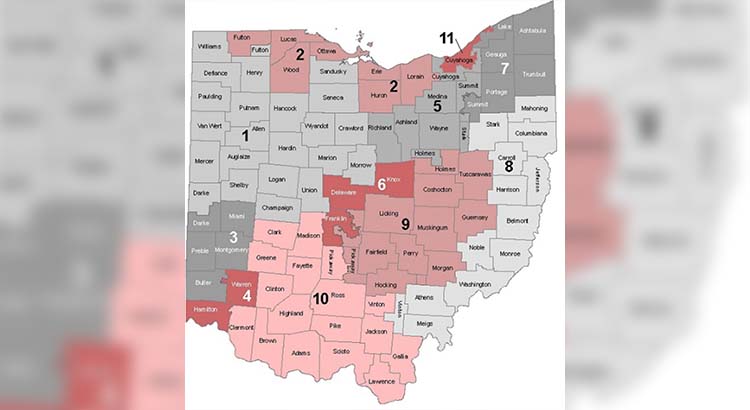 The Ohio State Board of Education districts as they have been prior to redistricting efforts this year. (Source: Ohio Department of Education)

Many of those districts didn’t change, but the most significant changes seemed to be in four particular districts; the districts represented by Dr. Christina Collins, Dr. Antoinette Miranda, Michelle Newman and Meryl Johnson.

Collins’ new district would have stretched from Union County through Holmes County, and includes parts of Franklin County in between.

Being a resident of Medina County, this plan would push her out of her district, and though the board of education races are considered non-partisan, Collins said it put her in a district that voted “overwhelmingly for significantly right-leaning state board candidates,” namely District 1 board member Diana Fessler and two candidates who unsuccessfully ran against Miranda and Newman.

“The distance presents its own challenges given I do try to be involved in the counties I represent, but I also question my philosophical appeal as a representative to what appear to be this territory’s political preferences,” Collins wrote in an email to the OCJ.

Newman’s three senate districts would have included her Newark residence in the 31st District, along with the 33rd district that brings her representation all the way to the Pennsylvania border. She would also represent the rural 30th district, that rolls from Jefferson County down the state line to Meigs County.

“However, when I saw my new district jump from 13 to 18 counties, lost the compactness of its previous state and also shifted to nearly all rural vs the urban/rural mix I had before, my eyebrows definitely raised,” Newman told the OCJ. “The fact that the Ohio Supreme Court just ruled the new maps unconstitutional proves my wariness was correct.”

Miranda’s districts were set to go from the Columbus area near Ohio State University to Nelsonville near Ohio University.

Only 11 members of the state board are elected, with the other eight appointed by the governor.

Education officials don’t see the changes as coincidental. They see a connection between the changes made to the districts, and the four board members choices on the board, most importantly, their decision to support (and refuse to rescind) a resolution that condemned racism in state schools.

A spokesperson for DeWine corroborated state law that said it was his job to assign districts if the legislature fails to do so, but did not answer questions as to how DeWine decided on the district lines or whether he contacted incumbent members about the changes before making them official.

Some incumbent members of the legislature were told as the map-drawing process went along what changes would be made to their districts, and were asked for input before the maps were officially presented to the public.

DiMauro said the state board of education is an important entity to watch because of the power they hold over curriculum decisions, licensure law enforcement and even the hiring/firing process for teachers.

The message the state board sends in Ohio is important, and curriculum messages some board members have made regarding education on race in schools have a “destructive” effect, according to DiMauro.

“There’s a sense that you want a state board that is above politics,” DiMauro said.

Melissa Cropper, executive director of the Ohio Federation of Teachers said the decisions DeWine made appear to be pushing out members and candidates who supporters of public education and topics like diversity and inclusion. The lines as established under the unconstitutional maps would impact candidates focused on topics important to the OFT, like diversity and inclusion in education.

“I think ideally we wouldn’t even be talking about what the school board lines are until we have fair districts drawn,” Cropper said.

With the senate maps among the three maps struck down by the Ohio Supreme Court, the education districts are at the mercy of the new redistricting plan, which the court has asked for by Feb. 17.