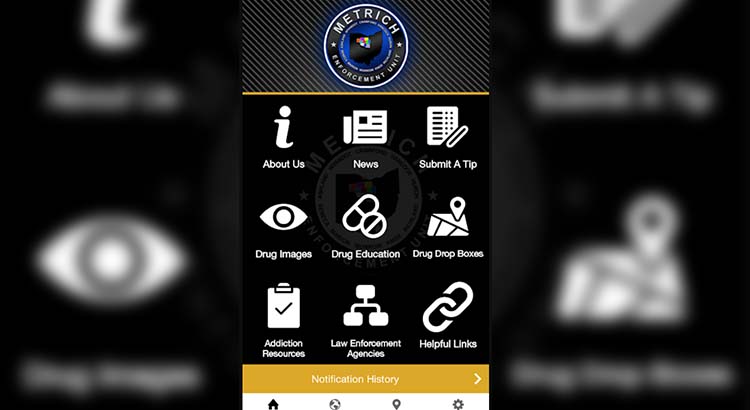 Tiffin, Ohio — The Seneca County Drug Task Force (METRICH Enforcement Unit) announced Wednesday that they have released a mobile app for the public’s use.

The METRICH Enforcement Unit app is available for both Apple and Android devices.

According to a news release from the task force, the app will provide useful information to the public such as drug education, addiction resources, and helpful links.

Through the app, users can view press releases and calendar events which are tailored to the specific counties within the METRICH region. Users will also be able to submit direct tips to METRICH detectives while remaining anonymous.

The METRICH Enforcement Unit app is the first of its kind to be used by a drug task force within the state of Ohio.

“We hope citizens within the METRICH region will take full advantage of this new platform, and together we can reduce the availability of drugs that enter our community on a daily basis,” the task force said in its news release.