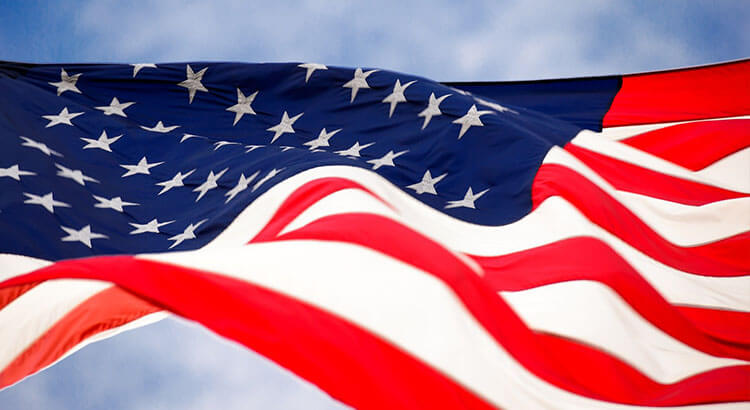 We are the United States of America. At least, that is who we have always claimed to be.

But are we? Have we ever been?

Considering where we are today, and the state of our public discourse, it begs the questions.

The brazen and hateful divisions playing out in almost every aspect of American life did not just suddenly come about.

Despite our fractured and factious states, we have always managed to rise above them, and preserve the things we hold in common and, therefore, keep America.

But why do we seem so far apart today, and will our pulling in opposite directions ultimately sink us?

No doubt we have been treading turbulent waters in major areas of American life.

Many of us have become pandemic weary during the last two years, having to endure social restrictions, unwelcome mandates, vaccine confusion, all levels of illness, loss of jobs and businesses, and, of course, more than 900,000 COVID deaths.

We could add that we are battered, tired and worn down by what seems to be entrenched partisan dysfunction in government at nearly every level in a way we have not seen in recent history, with no apparent end in sight.

Then there is the age-old and endemic malady of racial intolerance and racial violence, occurring in the most unsuspecting places for reasons that remind us that we still have not found a lasting cure.

These health, political and social headwinds are further compounded by an economy that seems to defy stability and predictability, straining our ability to budget and meet today’s needs let alone plan for the future — fueling the separation and dog-eat-dog behavior among us.

But these conditions and forces weighing on us as Americans are not new. So, why does it seem the nation is in a more vulnerable state than ever?

While many of us may be experiencing some of these forces for the first time, we would do well to remember that many of our family members, and generations before us have gone through similar storms in this country, and some would argue even worse.

Previous generations suffered, died, but lived through a very virulent and deadly pandemic, the Spanish Flu of 1918, which we could learn from.

The nation survived the greatest divisive threat to its very existence of all, the Civil War.

No doubt, all Americans were not on one accord in how those challenges were handled. But there were enough Americans willing to put aside personal beliefs and differences, become united and pull together in the same direction. The nation prevailed.

Some disunity has always been with us and always will be. But we can continue to coexist amid our differences, and not only survive but thrive.

But where is our collective will to continue to move America forward in the same direction as a nation?

Is our collective will just sick and tired, or is it drowning in a sea of self-destruction?

In today’s environment, it certainly seems hard to diagnose the state and condition of our collective will to work together to preserve and build upon what is good about America and the way of life it affords.

It certainly isn’t readily evident when we survey the discord occurring in most aspects of our public lives.

Even the things we seem to agree on, organize around and work together for are those things that further divide us into hard camps, pulling us in opposing directions. We are either pro or anti vaccine; pro or anti-immigration; pro reasonable gun control measures or anti-gun control; pro voter rights or pro voter suppression.

We cannot even agree upon what is truth and what is a lie, and we have organized around one or the other. The greatest example today, of course, is the two camps that seem to be intransigent about the 2020 Presidential election, one believing it was fair, and the other believing it was fraudulent.

The discordant list goes on and in critical area that undermine the unity that is needed to help this nation survive many of its current challenges and achieve stability.

What will it take for us to realize that we are in this boat together and we need to rally around our collective wellbeing?

Certainly, not another foreign attack on our own soil like 9/11 or something worse to make us realize that we have come too far as a nation — through good times, bad times, terrible times, terrific times — to allow superficial, prideful, selfish, self-serving priorities to undermine the greater good.

Whether in marriage, friendship, or work, it is often difficult to remember the good when difficulties arise. We become too willing to disavow, dismantle, walk away, destroy something that is inherently good, worth saving and ultimately in our best interest.

This seems to be where we are as we have hit some strong gale winds blowing against the American way of life.

Are we going to do what we can to navigate the storms and not wade or sail in directions that could ultimately sink this great nation?

We seem to be rowing in opposite directions as we struggle to chart the future course for America. But at our core, we forget that we are more together than apart.

And when tested, as we are today — and as we have been in the past — it was our core and collective will that enabled us to rise from the muck and mire, and it kept us from drowning.

Will there be enough of us willing to get our bearing and row in the same direction, once again, to make sure America remains a safe harbor?

Janice Ellis has lived and worked in Missouri for more than three decades, analyzing educational, political, social and economic issues across race, ethnicity, age and socio-economic status. Her commentary has appeared in The Kansas City Star, community newspapers, on radio and now online. She is the author of two award-winning books: From Liberty to Magnolia: In Search of the American Dream (2018) and Shaping Public Opinion: How Real Advocacy Journalism™ Should be Practiced (2021). Ellis holds a Ph.D. in communication arts, and two Master of Arts degrees, one in communications arts and a second in political science, all from the University of Wisconsin.