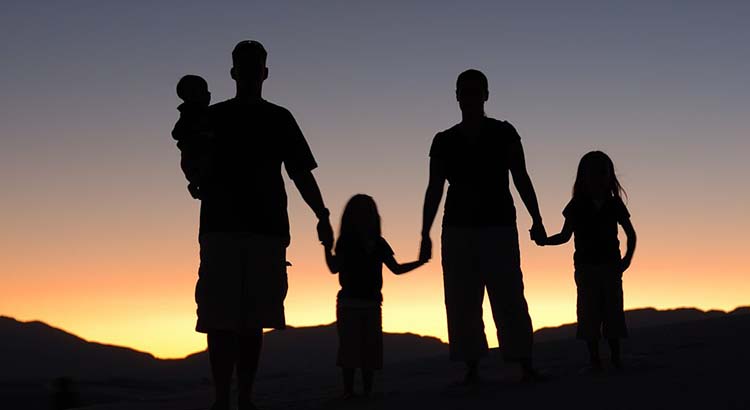 As we start the new year, parents are planning for the future and working hard to provide their kids a great quality of life. They’re facing challenges head on, including a surging pandemic, school closures and at-home schooling, and fewer affordable child care options.

No child should go to bed hungry, and no parent should worry about keeping a roof over their head. But many of the same politicians who refuse to make the wealthy and corporations pay their fair share have failed to prioritize the stability, economic security, and dignity of children and families.

The latest census data show an estimated 811,000 adults in Ohio didn’t have enough food to eat in the last week. An estimated 2.4 million adults had difficulty paying for usual household expenses in the last seven days. On top of that, Jan. 15 was the first time over 1.2 million families in Ohio didn’t get the monthly child tax credit payment since July 2021, because the Senate didn’t pass the Build Back Better legislation before the end of last year.

The monthly payments provided many Ohio families relief from stress by helping them pay for the basics such as food, rent, clothing, phone, internet, and educational expenses. It helped more families get enough to eat and fewer adults with children reported having trouble paying for basic household expenses.

The child tax credit helped Sophia Whitehouse, from central Ohio, start her own business providing mental health services to children. Before the child tax credit, it was nearly impossible to balance her work and care for her children.

“The child tax credit has been a tremendous help paying for preschool and child care for my two kids under 5,” Ms. Whitehouse said. She said that losing the credit means she will have to sacrifice time dedicated to serving the community’s mental health needs, which will hurt her family’s income. “I will not be able to work as much, because I won’t have child care,” she said.

Jason Carter and his wife live in Cincinnati. They had a baby girl at the end of July 2020. The monthly child tax credit payments provided a sense of peace for Mr. Carter and his wife because it was a chunk of money they didn’t have to stress about every month. “It helps us to survive, to plan and have hope for an improved quality of life in the future,” he said.

Along with thousands of other Ohioans, Carter was laid off during the pandemic. He found a new job, but said it pays half as much. The child tax credit helped the Carters make up the difference. Now that payments have stopped, Mr. Carter said they could be forced to put some of their plans on hold, such as buying a new home.

“This is a dream my wife and I have talked about for years, he said. “Now that we have our baby girl, we want to provide a home for her to grow up in, have a yard for her to run around in, to be happy, and to invest in ourselves. Without the child tax credit, the future we have dreamed about doesn’t seem as solid. It’s something that worries us. We’ve been working so hard to improve our quality of life. Now they throw another roadblock at us. How am I supposed to achieve the American dream?”

By letting 2021 end without passing the Build Back Better Act, certain Senators have pulled the rug out from under the Whitehouse family, the Carters, and millions of families across the country. Just as parents are facing increasing heating and food costs, they are losing the monthly child tax credit, which has provided Ohio families with an average of $442 a month since July of last year. 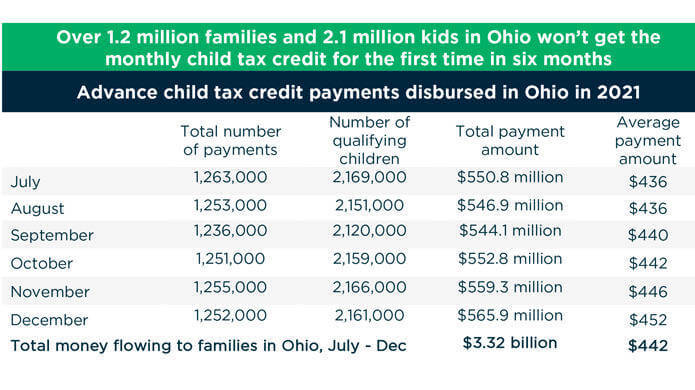 The Senate must deliver for families. They must pass Build Back Better and make sure the expanded child tax credit is included in the legislation. Until they do, families will miss out on monthly tax credit payments that made a real difference in their lives.

For Mr. Carter, Ms. Whitehouse, and millions of other parents and families across Ohio and the nation, there’s so much at stake. This is about security, opportunity, and parents’ dreams for the future. Our nation has the resources to provide stability and security for all families, but we now need the political will.

Will Petrik is the Budget Researcher at Policy Matters Ohio. He believes that all people have the right to safety, security and quality education. As State Director of Advocates for Ohio’s Future, he helped expand Medicaid in Ohio. Because of this work, over 650,000 people now have access to healthcare coverage. In his role as Budget Researcher, Will works to advance budget and policy solutions that support the well-being of children and families in Ohio.