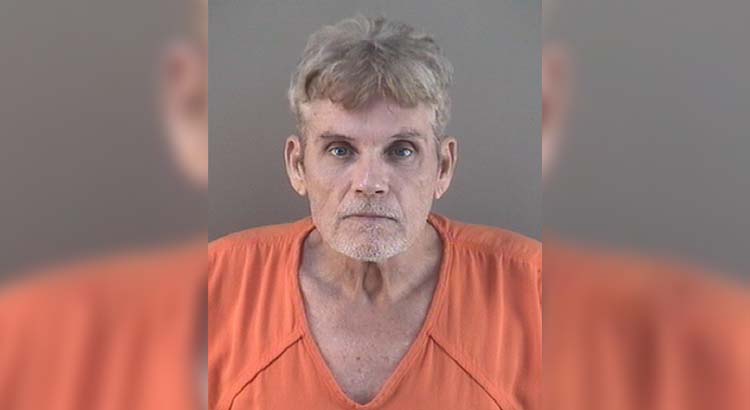 Bowling Green, Ohio — A Tiffin man was sentenced to community control Friday in Wood County Common Pleas Court after police say he assaulted a woman, took her phone and threw it to prevent her from calling 911, and threatened to kill any police officers who responded to the incident.

McPherson took a plea deal and pleaded guilty to the charges of domestic violence and disrupting public services. The other charges were dismissed, according to court records.

The incident took place on Mar. 13, 2021 at a residence in Pemberville, Ohio, according to court documents.

McPherson took the female victim’s phone and threw it across the room to prevent her from calling the police and reporting the domestic violence that was occurring at the time, according to police.

Police say McPherson hit the female in the head, slapped her in the face, choked her, and threw her around. While assaulting the female, McPherson threatened to kill her as well as any responding police officers with the shotgun he was holding at the time of the incident, according to court documents.

According to court records, McPherson had been living with the female for “some time.”

McPherson was sentenced to three years of community control, subject to the general terms and supervision of the probation department.

McPherson will also have to seek chemical dependency treatment, assessment for mental health counseling, and assessment for anger management counseling. He was also ordered to wear an alcohol monitoring ankle device for three months upon release from treatment, pay court costs, and pay a one-time $100 supervision fee.

If McPherson violates any of the terms of his community control, the court may impose a longer period of community control sanctions of up to five years, or a prison term of 180 days on the domestic violence charge and 18 months on the disrupting public services charge.