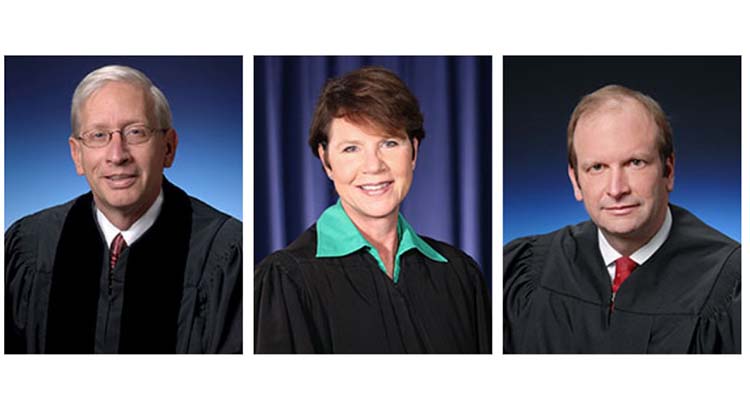 The argument of the three Republican supreme court justices dissenting against the anti-gerrymandering opinion issued by the court 4-3 Wednesday appears to be: Republican politicians are allowed to rig the game in their favor against the wishes of Ohio voters and in violation of the Ohio Constitution, and the Ohio Supreme Court has no authority to stop them.

In the decision, the four-justice majority on the court ordered redrawing of Ohio House and Senate maps that were approved along partisan lines 5-2 in September by the Ohio Redistricting Commission, ruling the maps do not meet the voter-approved standards against partisan gerrymandering in the Ohio Constitution.

The majority has ordered new maps to be submitted within 10 days, and it has retained the authority to review those new maps as well. The filing deadline for partisan candidates in the 2022 election comes in three weeks, on Feb. 2.

In 2015, 71% of Ohio voters amended the state constitution for Statehouse redistricting reform demanding an end to partisan gerrymandering.

Nevertheless, in September, Ohio Republican politicians awarded themselves continued supermajorities, with a House breakdown of 62 seats to 37 Dems, and 23 to 10 in the Senate, according to their own figures. Dave’s Redistricting App projected a 65-seat GOP supermajority in the House.

This is gerrymandering. It’s cheating, and it poisons everything.

But three Republican Ohio Supreme Court justices would throw away the judiciary’s power to hold politicians responsible for following the Ohio Constitution and the voters’ demands to end gerrymandering.

“This court does not have license to demand by judicial fiat the adoption of a new General Assembly-district plan,” Justice Sharon Kennedy wrote in her dissent, joined by Justice Patrick DeWine, who refused to recuse himself from the case despite that his father, Ohio Gov. Mike DeWine, is a defendant as a member of the Ohio Redistricting Commission, and voted for the gerrymandered maps.

In casting his vote for the gerrymandered maps, Gov. DeWine said he wasn’t “judging” the maps one way or another, which he said is up for the Ohio Supreme Court to do. Now these three supreme court justices, including his son, say it’s not for them to decide.

Said he wasn’t “judging” the maps one way or another, but would let the @OHSupremeCourt (of which is son is a justice) decide pic.twitter.com/kuKLfStAac

Saying the Ohio Supreme Court “does not have license” to uphold the Ohio Constitution on such a fundamental question of democracy for our Republic, when the maps were created jointly by the two other branches of government, is an odd and absurd argument to come from some of the highest members of the state’s judicial branch.

Judges don’t often make the argument that they themselves are powerless over the legislative and executive branches.

Justice Patrick Fischer took that base absurdity one further in his separate dissent, claiming the majority opinion striking down the gerrymandered maps “undermines confidence in this court” and “the resulting lack of the citizens’ support will harm the judicial branch of Ohio’s government for generations.”

Chief Justice Maureen O’Connor was the swing vote in this decision, and her commitment on this fundamental issue to the ideals of the Republic should be applauded throughout Ohio.

Interestingly, in her concurring opinion, she pointed to the dysfunctional process of redistricting shown to the court and reminded voters they “should understand they have the power to again amend the Ohio Constitution to ensure that partisan politics is removed from the drawing of Ohio Senate and House districts that takes place every ten years. …

Ohio Republican politicians involved in the gerrymandering of Ohio’s districts have fully shown they have no inclination to cast away partisan politics and uphold their oaths to the constitution and the voters.

And now three Ohio Supreme Court justices have also shamefully abdicated their responsibility to the Ohio Constitution and the voters.

So spare me the hysterics over undermining confidence; 40 years of gerrymandering culminating in this entire charade of partisan hackery over constitution has done plenty of that already.

But four statewide elected officials in Ohio finally did uphold the Ohio Constitution on this critical issue. That might be the beginning of building some of that confidence back.