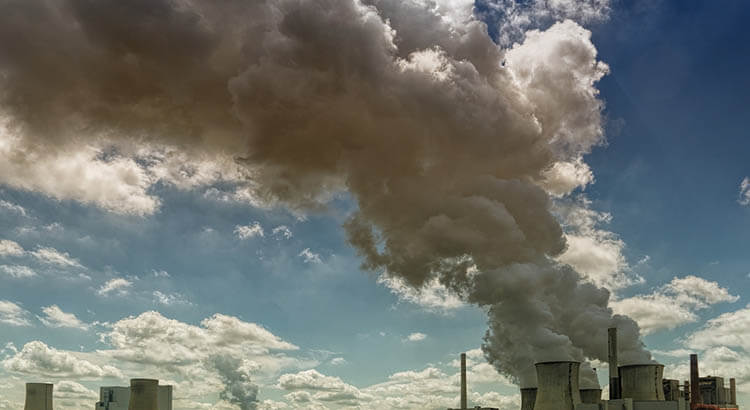 Electric customers across Ohio collectively spent an estimated $211 million via add-on bill charges over the last two years to cover for losses from two coal-fired power plants that continue to bleed millions annually, according to new data from state regulators.

The money to the Ohio Valley Electric Corp. (OVEC) — an entity comprised of several investor-owned utilities from multiple states that operates the plants — flows thanks to a 2019 state law now at the center of a criminal bribery prosecution.

The Public Utilities Commission of Ohio began to allow three of the utilities that own and are contractually obligated to buy power from OVEC — American Electric Power (43% equity stake), Duke Energy (9%), and AES Ohio (4.9%) — to pass on their losses on OVEC to their customers, starting in the mid-2010s. The payments were originally only allowed through 2024. Through 2019, the three utilities’ customers were charged an estimated $159 million on OVEC.

House Bill 6, a law passed in 2019 that’s now the focal point of what prosecutors have said is the largest political corruption investigation in state history, extended the subsidies through 2030 and spread the three utilities’ (AEP, Duke and AES) losses to electric customers of all Ohio utilities (not just those that own OVEC).

OVEC operates two 1950s-era coal plants in Cheshire, Ohio and Madison, Indiana, originally built to power the federal government’s uranium enrichment facilities near Portsmouth. That agreement ended in 2003. The utility companies that own OVEC last renegotiated their contract in 2011 extending its life through 2040.

Technically, the OVEC plants could save utility customers money if OVEC could generate and sell electricity at below-market costs. However, a mix of market forces, environmental regulations and recently spending more than $1 billion on a “scrubber” system designed to limit emissions have left the plants selling electricity at costs well above those of PJM, an energy marketplace serving utilities in 13 states including Ohio.

“[Our] analysis shows that at this time, the OVEC plants cost customers more than the cost of energy and capacity that could be bought on the PJM wholesale markets,” wrote London Economics International, a firm the PUCO commissioned to audit the subsidies, in December.

A draft version of a 2020 PUCO-commissioned audit by the same firm found that “keeping the plants running does not seem to be in the best interests of the ratepayers.” The line was removed from the final version at the request of a PUCO staffer who asked the auditors to use a “milder tone and intensity of language,” according to emails obtained by the Ohio Consumers’ Counsel (OCC), which represents ratepayers in PUCO cases and has advocated ending the OVEC subsidies.

Along with the raw finances, Ohio consumers are subsidizing plants that have belched nearly 21 million tons of carbon dioxide, 21,000 tons of nitrogen oxide, and 12,000 tons of sulfur dioxide into the atmosphere since January 2020, plus smaller discharges of arsenic, lead, and mercury, according to data from the U.S. Environmental Protection Agency provided by the OCC.

“Why the hell is this still in place?” said Neil Waggoner, an advocate with the Sierra Club’s Beyond Coal campaign. “I think that this is utility capture in practice. This is the utilities in this state having a death grip on the regulators and people in power to the point that they’re getting exactly what they want.”

FirstEnergy Corp. admitted in July to paying more than $60 million to an account controlled by the former House Speaker and his allies to ensure passage of HB 6. The prosecutors’ allegations have focused in court documents on an estimated $1.3 billion nuclear bailout and other non-coal related provisions of the sweeping bill that are favorable FirstEnergy. Former speaker Larry Householder, accused of using the money to engineer passage of the bill and shore up his own political aims, has pleaded not guilty. Two Householder allies involved in the alleged scheme have pleaded guilty to racketeering.

State lawmakers in early 2021 passed legislation repealing the nuclear bailout and “decoupling” provision (a ratepayer-backed revenue guarantee for FirstEnergy). However, the OVEC bailout was left intact.

There are bipartisan efforts in the House and Senate to repeal the OVEC bailout from state law, and the narrower PUCO-approved bailout that preceded them. Neither has come up for a vote and the sponsors are pessimistic on their chances.

Sen. Mark Romanchuk, R-Ontario, perhaps the plants’ most prominent critic and co-sponsor of the Senate legislation, said he is in negotiations with the utilities that own the plants and is not giving up. He declined an interview.

“Not sure where things will go but we’re not giving up,” Romanchuk said.

House Democrats have called for a repeal of the OVEC subsidies, though they only control 34 of 99 seats in the chamber. Rep. Jeff Crossman, a Parma Democrat who recently announced plans to run for attorney general, said the OVEC charges should be repealed but as much is unlikely.

He said OVEC’s sponsors contribute tens of thousands in campaign contributions per year, mostly to Republicans. AEP, through a middleman, contributed $700,000 to Generation Now, the account prosecutors say Householder used to engineer passage of HB 6 in the first place.

“There’s probably not a will to undo the OVEC charges,” he said. “They donate gobs of cash to the right folks. There’s just no other reason to support these plants.”

House Majority Leader Bill Seitz, R-Green Twp., has told several state media outlets the bailouts aren’t going anywhere. He did not respond to written questions about the uneconomic nature of the plants, or why ratepayers should cover their owners’ losses on them.

“We’ve beat this [OVEC] horse to death. It’s not going to change,” Seitz said to Cleveland.com in October. “They’ve introduced God knows how many bills — none of them are going anywhere, in my humble opinion.”

AEP is by far OVEC’s largest shareholder, with a roughly 43% equity stake in the company, and the two share several executives.

While repeal efforts in Ohio are at a lull, other states have signaled resistance to allowing utilities to continue to pass OVEC’s owners’ losses to customers.

The Michigan Public Service Commission in a November order noted that OVEC’s costs exceed the market price of electricity by tens of millions. It warned that AEP’s local utility may not be able to pass on all its OVEC losses to customers that are “incurred because of imprudent” decisions.

“The order today put I&M [an AEP unit] on notice that the Michigan share of these excess costs are unlikely to be permitted without additional evidence that continuing to purchase power from the units was in the best interest of its customers,” the Michigan regulators said in a news release.

AEP spokesman Scott Blake said in an email the OVEC plants are “critical resources that help ensure the reliability of the grid and offer protection from increases in the costs of other fuels.” He said AEP Ohio customers for decades benefitted from OVEC’s power via affordable electricity and good jobs. OVEC, he argued, insulates customers from cost spikes caused by things like a surge in natural gas prices or a shortfall of renewable energy supply.

Fitch Ratings determined OVEC’s outlook is “stable” in February — just one step above “speculative.” However, its analysts found that repealing HB 6 wouldn’t necessarily harm OVEC’s prospects. The analysts reasoned that for one, in the event of a repeal, AEP, Duke and AES would still be able to pass on their OVEC losses to customers. For two, the “sponsoring” utilities have already contractually agreed to purchase the power OVEC generates, regardless of who eats the losses.

Meanwhile, in a Virginia appeal of a public service commission rate case, Virginia Attorney General Mark Herring accused OVEC of charging an AEP utility in Virginia well beyond market costs for electricity. The case is ongoing.