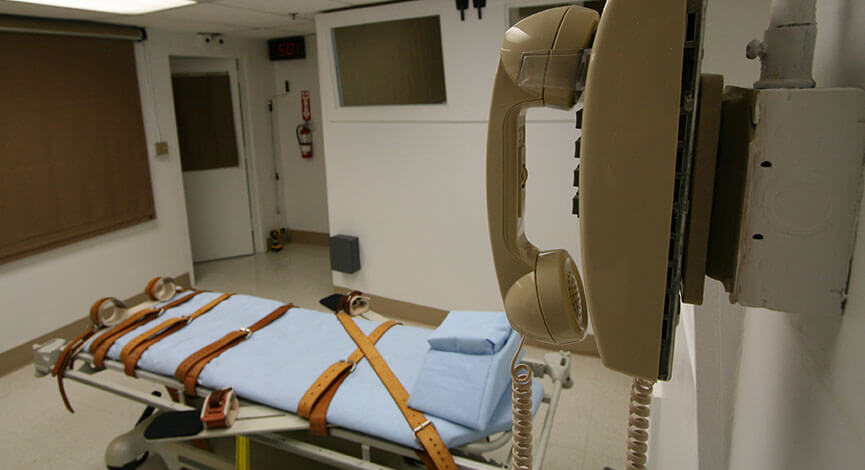 In Ohio, Gov. Mike DeWine continued to delay executions as he has since he took office at the beginning of 2019. The governor has cited difficulty finding death drugs as the reason for the delays.

In addition, Ohio courts handed down no new death sentences in 2021 and bipartisan legislation abolishing the death penalty is wending its way through the General Assembly. The state’s death-row population now stands at 132, down from 141 at the start of 2020. 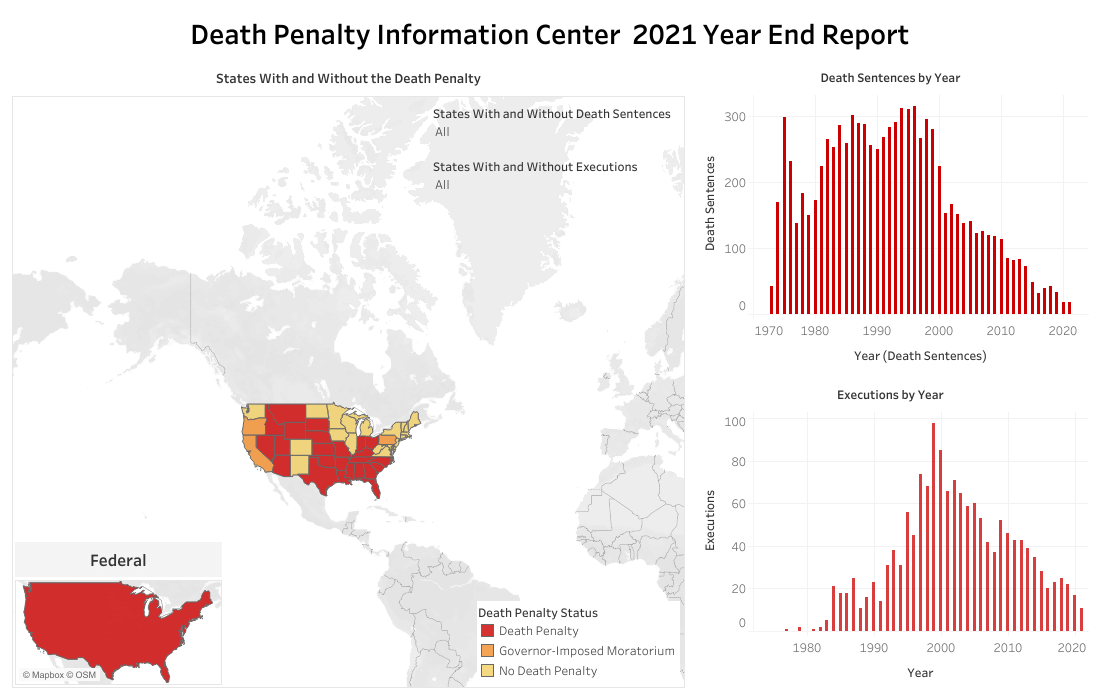 Those trends are emblematic of what’s happening across the country, said the report, by the Death Penalty Information Center. Virginia, for example, last year became the 23rd state to abolish its death penalty.

“The death penalty grew increasingly geographically isolated in 2021 and public support dropped to its lowest levels in a half-century,” the report quoted the center’s executive director, Robert Dunham, as saying.

He added: “Virginia’s repeal created a death-penalty-free zone along the U.S. Atlantic coast that now runs from the Canadian border of Maine to the northern border of the Carolinas. In the West, an execution-free zone spans the Pacific coast from Alaska to Mexico. The handful of states that continue to push for capital punishment are outliers that often disregard due process, botch executions, and dwell in the shadows of long histories of racism and a biased criminal legal system.”

Only 11 executions were carried out in 2021 — the fewest since 1988.  Just five states — Texas, Alabama, Oklahoma, Mississippi and Missouri — conducted executions. Meanwhile, the administration of Donald Trump carried out three federal executions in the weeks before he lost his office on Jan. 20.

Perhaps not coincidentally, the lower incidence of death sentences and executions is happening as public support for the harshest sanctions declines. A Gallup Poll conducted in October found that 54% said they were “in favor of the death penalty for a person convicted of murder.” That was the lowest since 1972, when 50% percent said they favored the death penalty.

But while executions and death-penalty convictions continued to trend downward, racial disparities in its application did not. Six of the 11 who were executed were Black, even though Black people make up just 13% of the U.S. population. And half of them were convicted of interracial murders, while no White person was executed for killing a member of another race, said the report by the Death Penalty Information Center.

The group says it takes no stance on the death penalty itself, but is critical of the way it’s carried out.

“Once again, only defendants of color were executed for cross-racial murders and no White defendant was sentenced to death in a trial that did not involve at least one white victim,” the report said.