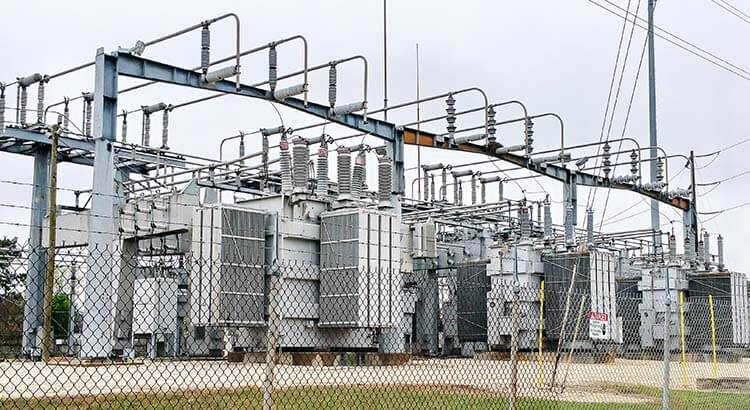 There’s no clear evidence to show the $460 million FirstEnergy Corp. charged its customers went to its stated purpose of modernizing the electric grid, a state-commissioned audit found.

After three years of FirstEnergy collecting hundreds of millions via the “Distribution Modernization Rider,” a 2019 Ohio Supreme Court ruling blocked the company from continuing to apply the charge to customer bills.

The judges found the Public Utilities Commission of Ohio, which regulates utility companies and must approve such “riders,” relied on “wishful thinking” instead of black-letter regulation to ensure the company used the money to actually modernize the grid.

So where did the nearly half a billion dollars go?

Daymark Energy Advisors, in an audit prepared for the PUCO, sought to follow the money. The audit comes as consumer advocates have demanded answers as to whether FirstEnergy used the funds in its $60 million political bribery scheme it admitted to the U.S. Department of Justice it operated.

The audit, however, found no clear answers on where the money went, save for the fact that it didn’t seem to go toward grid improvements.

“FirstEnergy did not track any spending directly related to Rider DMR revenues because it was not explicitly required by the enabling legislation,” the auditors wrote.

Instead, the money found its way into an aggregated account FirstEnergy used to allow its 14 utilities to borrow and lend from one another. The structure of the pool rendered it “impossible to draw a conclusion” regarding whether the DMR money was used to fund what prosecutors have said is the largest political corruption allegation in state history.

However, in interviews with employees, auditors found it “apparent that there was a general lack of knowledge on the specifics of the Rider DMR.” In fact, most employees lacked a standard definition of “grid modernization.”

Several projects that were internally categorized as grid modernization during the relevant time frame were recovered from different funding source, “suggesting that rider DMR funds did not fund” these projects.

In a deferred prosecution agreement FirstEnergy signed with the DOJ this summer, the company admitted to two interwoven bribes awarded to obtain legal and regulatory favors for the company, which operates three Ohio utilities.

For one, FirstEnergy said it spent about $60 million, through several pass-through nonprofit entities secretly controlled by then House Speaker Larry Householder, to ensure passage of House Bill 6 in 2019. The legislation bailed out two nuclear facilities owned at the time by a FirstEnergy subsidiary and contained several other provisions favorable to the company. Householder has pleaded not guilty and awaits trial.

For two, the company said it paid utility lawyer Sam Randazzo $4.3 million, just before Gov. Mike DeWine appointed Randazzo to serve as chairman of the PUCO. Randazzo used the position to advance regulatory favors worth tens of millions to FirstEnergy, the company said. Randazzo has not been charged with a crime.

The Daymark audit, the second PUCO-commissioned probe into the DMR fund, does not put the issue to rest. On June 14, 2019, Oxford Advisors, another firm, introduced its own “midterm report” for the PUCO. No final report has been publicly released.

The Ohio Consumers’ Counsel, which represents residential electric customers’ interests before the PUCO and has fought to unearth evidence related to the intertwined scandals, is seeking to interview the Oxford auditors and obtain a copy of the final report.

The OCC, in regulatory filings, has said it obtained a text message from now-fired FirstEnergy CEO Chuck Jones to another company executive that mentions several favors Randazzo did for the company including “burning the DMR final report.” The ‘burning’ and other apparent favors from Randazzo have stirred “a lot of talk going on in the halls of the PUCO about does he work there or for us?” according to the text.

OCC, which cannot subpoena witnesses without approval from the PUCO, asked the regulators in October to greenlight its subpoena requests to Oxford. PUCO has not signed the subpoena requests to date. OCC spokeswoman Merrilee Embs emphasized the “unlawful modernization charge” has now cost customers nearly half a billion dollars.

“We are reviewing today’s PUCO audit of the charge, to learn if FirstEnergy consumers are being protected,” she said. “We still are wondering why the PUCO did not have its original auditor, Oxford, file the final audit report.  We’ve asked the PUCO to end its delay with granting our subpoenas, so we can question Oxford about its unfinished audit and a shocking FirstEnergy internal text on ‘burning’ the final report.”

In regulatory filings, PUCO staff, citing a written affidavit from an Oxford official, said no final report exists. Even if it did, PUCO lawyers said, its rules do not allow it to compel production of documents from its outside auditor.

FirstEnergy did not respond when asked whether it used DMR funds on political activity. Company spokesman Mark Dublin said he believes the company followed the rules PUCO established.

“While we respectfully disagree with some of the conclusions in the report, we intend to address our concerns when we file comments with the PUCO in this matter,” he said.

The Ohio Supreme Court, while blocking FirstEnergy from continuing to collect on the DMR charges, ruled it didn’t have the authority to force the company to issue customer refunds. However, in a settlement in November, the company agreed to return $306 million to customers after the Supreme Court ruled in a different case it improperly excluded the DMR monies from a regulatory earnings test.