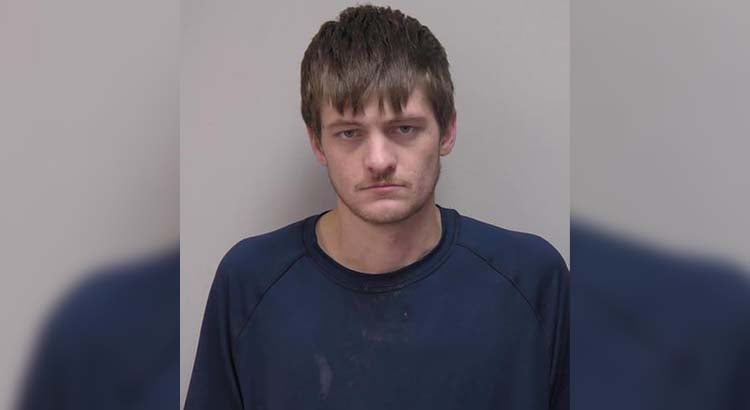 Findlay, Ohio — A Findlay man was arrested Sunday afternoon after allegedly taking police on a slow-speed pursuit and throwing drugs out of his vehicle.

At 2:48 p.m., an officer with the Findlay Police Department attempted a traffic stop on a pickup truck in the 1100 block of W. Trenton Ave., as it turned eastbound off of Northridge Road.

The pickup truck cut off another vehicle in an attempt to elude the officer at the intersection for southbound I-75, according to police.

The officer continued to pursue the vehicle, which was operating at a slow speed. The driver of the vehicle tossed a couple baggies from the passenger window.

The pickup truck then stopped along the roadside and the driver, identified as 28-year-old Austin Wickman, of Findlay, was detained.

The baggies that were thrown from the vehicle were found to contain suspected drugs, according to police.

Wickman was incarcerated at the Hancock County Justice Center on charges of possession of drugs, tampering with evidence, and failure to comply with a police officer. He was also issued a citation for being a suspended driver.

There were no injuries as a result of the incident, police said.