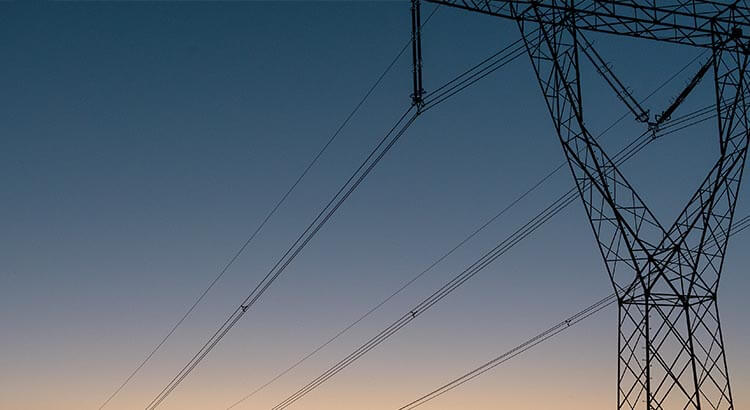 A Dayton area utility company has asked state regulators to relax the rules around shutting off power to customers who are behind on their electric bills.

State regulations require utility companies, after filing written notices with customers who owe them money, to send an employee to make a final house call before cutting their power.

AES Ohio, formerly known as Dayton Power and Light Co., filed a request with the Public Utilities Commission of Ohio last month asking for permission to skip the final, in-person step in the disconnection process. The waiver would not apply to customers who require special medical care and provide “appropriate documentation.”

Three organizations representing electric customers — Advocates for Basic Legal Equality, the Ohio Poverty Law Center, and the Office of the Ohio Consumers’ Counsel — asked PUCO to allow them to intervene in the case.

They said the utility company charged customers $77.6 million for the new smart meters; now the utility is trying to use the “smart tech” meters against customers.

“Just in time for the holidays, the cold Ohio winter and the surging pandemic, DP&L wants the PUCO to waive longstanding consumer protections from utility disconnections,” the three groups said.

Mary Ann Kabel, an AES spokeswoman, said in a statement the proposal is consistent with disconnect procedures approved by the PUCO for other Ohio utilities. Customers will still receive four notifications before any disconnection, and customers can be reconnected remotely.

When the pandemic began, governments scrambled to block utilities from power shutoffs, given COVID-19’s economic devastation and the need for people to stay home. Starting in late July of 2020, however, PUCO began allowing utilities to resume the practice.

Utilities began cutting off electric services for hundreds of thousands of customers around Ohio. AES Ohio, between September 2020 and May 2021, disconnected nearly 14,000 customers who owed a collective $7.2 million, according to filings submitted to the PUCO.

Ellis Jacobs, an attorney with Advocates for Basic Legal Equality, which provides legal aid to poor and marginalized people in west central Ohio, said the in-person visit is a key consumer protection. Waiving it removes a last chance for people to settle up.

“If you make disconnection really easy and remove the opportunity for customers to stop them on the last day, you’re going to end up with a lot more disconnections,” he said.

The PUCO granted similar requests from both AEP and Duke, starting in 2015, limited to their customers with the more advanced meters, according to PUCO spokesman Matt Schilling. The waivers were conditioned upon different forms of additional communications in lieu of the in-person notification.

When AEP renewed and expanded its waiver, it noted in a filing to PUCO it had remotely disconnected meters 63,839 times without personal contact on the day of disconnection.

Bruce Weston, executive director of the Ohio Consumers’ Counsel, which represents residential electric payers’ interests in PUCO cases, said in a statement the state should keep its residents hooked up to their utilities during an ongoing pandemic and related economic crisis.

“People are now in the winter heating season with rising energy prices and a continuing pandemic,” he said. “We fear for already hurting Ohio families if utilities are allowed to continue disconnections at this difficult time.”