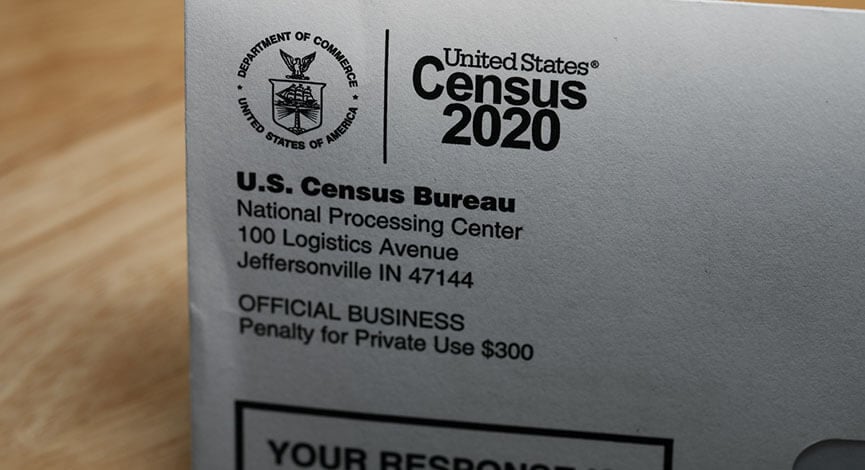 By Tim Henderson, Stateline, an initiative of The Pew Charitable Trusts

Nelsonville, Ohio, faced a lot of the same challenges that cities around the country did during the 2020 census: renters and older people who were hard to reach, college students who left town during the pandemic and widespread distrust of government questions.

The initial results showed that Nelsonville’s population had dropped below 5,000, which under Ohio law would have made it a village instead of a city. The change in status might have cost it millions of matching state and federal dollars for water, sewer and road projects granted under a program exclusively for small cities. It also hurt Nelsonville’s pride.

Instead of accepting its diminished standing, Nelsonville took advantage of an Ohio law allowing it to conduct a recount for state funding purposes. In October, it mounted a whirlwind 10-day volunteer effort, with hundreds of people gathering names at parks and churches and going door to door to find missing addresses. The revised tally was 5,373 residents, and Ohio certified the count, preserving Nelsonville’s city status.

“It was a very involved process and we only had 10 days to do it,” said Nelsonville city auditor Taylor Sappington. “People were excited. They really wanted to make it happen. They wanted to stick it to the feds after years of being forgotten and ignored out here in the foothills of the Appalachians.”

Many communities across the country argue that pandemic-related chaos made it impossible for census workers to get an accurate count of their populations. But unlike Nelsonville, which benefited from Ohio’s unusually flexible recount law, they are unlikely to get satisfaction from federal officials. As a result, they could miss out on state and federal aid tied to population.

Starting this week, communities that think they were undercounted can file challenges with the U.S. Census Bureau. But the so-called Count Question Resolution process only allows cities to challenge mapping mistakes that mistakenly placed people outside of city limits.

Cities in 14 states, including the nation’s four largest cities — New York City, Los Angeles, Chicago and Houston — have asked the Census Bureau to allow them to challenge tallies of people living within city limits. They want census officials to allow them to use documentation such as school enrollment records to prove that people were missed. Adding those missing people to the annual population updates that follow each census could translate into more state and federal dollars.

In an acknowledgement of pandemic-related disruptions, the Census Bureau recently announced it would review its count of people living in institutions such as college dormitories, prisons and nursing homes. But cities and the organizations supporting them want the bureau to expand that review to include apartment buildings.

Cities including Anchorage, Atlanta, Baltimore, Chicago, Detroit, Houston, Los Angeles and Newark are “disappointed” in the limitations of the challenge process and want the option to use their own records of apartment residency to prove the presence of college students and other apartment dwellers, according to a comment submitted to the Census Bureau by Bloomberg Associates City Cohorts, which represents them.

Otherwise, the cities face “diminished federal funding allocations over the next decade, on which the cities rely to provide critically important services and infrastructure improvements,” the comment continued. Similar complaints were voiced in November comments from the Data Center of Southeast Louisiana (representing the New Orleans area), Minnesota’s Metropolitan Council of the Twin Cities, the Massachusetts State Data Center, and the Iowa League of Cities. The cities of Midland, Texas, and Flagstaff, Arizona, also commented to complain about possible undercounts.

Boston already has said it will challenge its 2020 tally, claiming that more than 5,000 students and inmates were missed, along with an undetermined number of immigrants who may have avoided the count because they were fearful of answering questions from the government. Massachusetts will help its cities prepare challenges, said Susan Strate, senior program manager for the state’s Population Estimates Program at the University of Massachusetts, Amherst.

But in Alabama, where the mayor of Tuscaloosa—home to the University of Alabama—also has complained about an undercount of students, the state doesn’t have the resources to help communities challenge the results, said Susannah Robichaux, a socioeconomic analyst for the state data center at the university.

“We’re basically a two-person operation,” Robichaux said. “We’re trying to temper expectations. I don’t see [a challenge] as fruitful for them.”

Elliott noted that states such as Texas and Mississippi that have large minority populations but spent little money on census outreach had the biggest undercounts and will lose out on federal funding as a result. By contrast, California did relatively well in counting minorities and spent more than $100 million on outreach to communities of color starting in 2017, Elliott noted.

“It’s the affluent places that were able to mount these big campaigns,” she said. “Challenges are fraught, but every place should have a count that they feel is sufficient. Every state should get these resources, not just a few.”