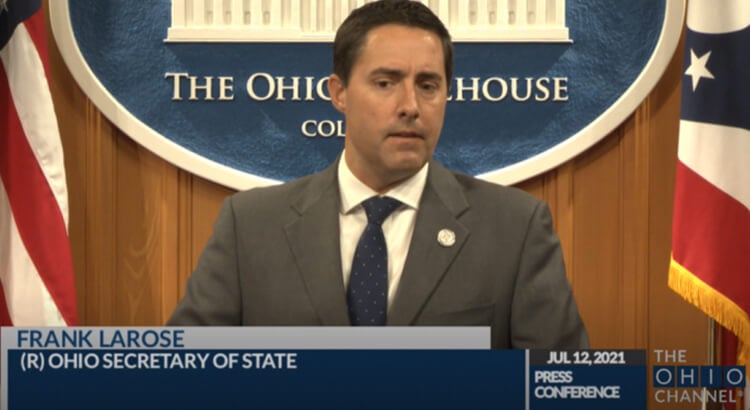 Ohio’s Secretary of State is asking the the state supreme court to reject a request for oral arguments in a challenge to the congressional district map.

Secretary Frank LaRose said, as he said in a previous filing with the court, that scheduling a time for the state’s highest court to hear arguments on both sides of lawsuits on redistricting would create “havoc” on election and candidate filing deadlines for May primaries.

LaRose said the case could be decided by the court in the submitted documentation and briefs alone, without needed to hear oral arguments. The court set a deadline for all evidence and briefs to be submitted by Dec. 20.

The court didn’t schedule an oral argument in a list of deadlines released at the end of November, and LaRose said they should abide by that scheduling plan.

“Given the speed with which this case must be litigated, that decision was correct,” LaRose wrote. “There is not sufficient time to schedule and hold oral arguments in this case.”

Senate President Matt Huffman and House Speaker Bob Cupp agreed with LaRose in a joint filing on the request.