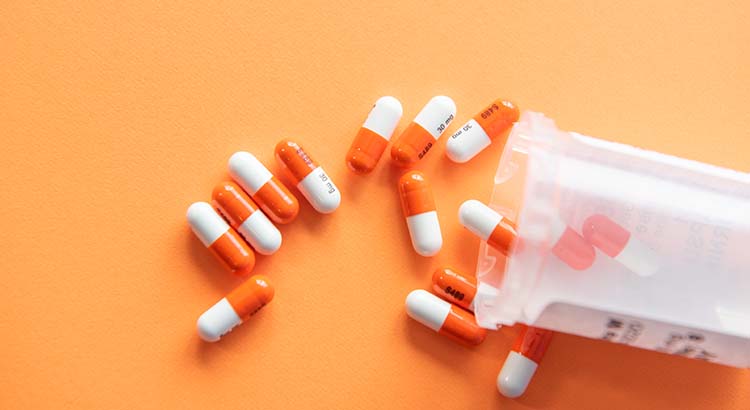 A spokeswoman for a major health-insurance industry group on Wednesday questioned research cited in a story published Tuesday in the Capital Journal. In doing so, she cited a bit of purported research that she couldn’t vouch for herself.

The story was about research showing that insurers working with Medicare are supposed to be lowering care costs — including by incentivizing the use of generic alternatives to brand-name drugs. But in at least one instance, that wasn’t happening, the report said.

In the third quarter of this year, the biggest Medicare Part D managed-care plans were forcing most patients needing the multiple sclerosis drug dimethyl fumarate to buy the most-expensive, brand-name version if they wanted their insurance to cover it, the report by 46brooklyn Research said.

The branded drug, Tecfidera, carries a list price of more than $8,000 a month, while generic versions can list for less than $900 a month. The drug also could cost as little as $40 a month when purchased at pharmacies operating completely outside the insurance system.

“The drug pricing research of 46brooklyn has a long history of being fundamentally flawed, and this report is based on a bogus premise,” AHIP Senior Vice President for Communications Kristine Grow said in an email.

She added, “In Medicare, (pharmacy benefit managers) are required by law to pass rebates through to plans, which use those savings to lower premiums and offset other health care costs for seniors. These rebates are reported to Part D plans, as well as to (the U.S. Centers for Medicare and Medicaid Services.) And in the report, 46brooklyn clearly states that they ‘don’t have all the data we need’ to justify their outrageous claims.”

The argument centers around how the drug supply chain works nowadays and who’s more responsible for rising prescription costs felt by consumers.

Pharmacy benefit managers, or PBMs, are the pharmacy middlemen that work on behalf of insurers to create pharmacy networks and then negotiate rebates and other discounts with drugmakers in exchange for preferential treatment on the plans’ lists of covered drugs. The three biggest PBMs — CVS Caremark, OptumRx and Express Scripts — cover more than 70% of insured Americans and thus have great leverage in those negotiations.

The PBM industry’s interests are increasingly aligned with those of the insurance industry. Since 2014, each of the big three has bought or been bought by a major insurer and most other major insurers have PBMs of their own — which often work in concert with the big three.

The PBMs have been accused of using a lack of transparency in their transactions with drugmakers to negotiate ever bigger discounts, which have been shown to correspond to increasing list prices for drugs. And while some programs require that 100% of rebates be passed along to plan sponsors, Linda Cahn, a top lawyer challenging the industry, has said PBMs often label manufacturer discounts as something other than “rebates” and pocket them anyway.

To support the assertion that 46brooklyn has a “long history” of “fundamentally flawed” research, Grow provided a one-page infographic produced by the consulting firm Visante in 2019.

It accused 46brooklyn of cherry picking drug-pricing data to make PBMs look bad. However, it did not provide a data analysis invalidating the report’s conclusion: that PBMs more often than not were charging New York taxpayers more for drugs than they were paying the pharmacists who dispensed them. The Visante infographic only said that in some instances, the PBMs charged taxpayers less than they paid pharmacies.

The practice, known as “spread pricing” was widespread, and an analysis of all of Ohio’s 2017 Medicaid drug-pricing data showed that the PBMs upcharged taxpayers $244 million for drugs — three to six times the going rate. Numerous states have since outlawed the practice.

And while the Visante infographic was quick to point out that 46brooklyn CEO Antonio Ciaccia is a former lobbyist for the Ohio Pharmacists Association, it didn’t say much about the origins of its own work.

In 2019, CVS sent letters to every Ohio lawmaker citing Visante’s claims denying the relationship between PBM-negotiated discounts and rising list prices for drugs. Despite Visante’s claims,  that relationship has since been established in peer-reviewed research at the University of Southern California’s Schaeffer Center for Health Policy & Economics.

In any case, it was hard in 2019 to find out who paid for Visante’s effort.

The firm has done research on behalf of the Pharmaceutical Care Management Association, a PBM industry group. But that group and CVS wouldn’t answer directly when asked who financed Visante’s claims that discounts to PBMs don’t raise list prices.

“The one pager isn’t our resource so I don’t have the background you request,” she said.

Visante didn’t immediately respond when asked who underwrote its infographic.

Grow was also asked whether she had any evidence disproving 46brooklyn’s central contention: that in the third quarter of 2021 the big insurance plans forced most Medicare patients to buy the most expensive version of the MS drug dimethyl fumarate.

“For your first question we’d need some additional time to look into that,” she said.