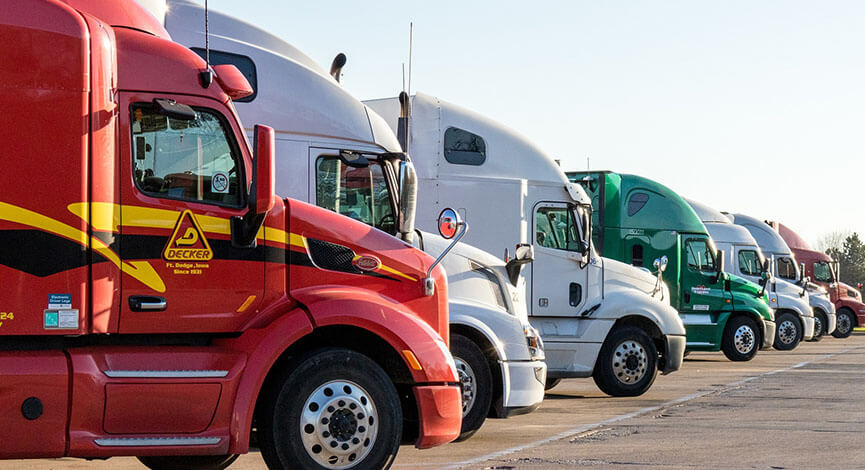 In April of 2020, the world saw the largest immediate contraction of consumer spending in recorded history. The fits and starts in the bounce back from this contraction is largely a function of the speed at which the world shut down and opened back up again. While 2020 was the year of hundreds of thousands of onions rotting in the soil, 2021 is the year of longer pizza delivery times and longer times on hold with customer support.

In light of the issues of supply chain readjustment in 2021, Gov. Mike DeWine has called for lifting regulations on the trucking industry to increase the flow of goods in the state. Will these efforts at deregulation have a substantial impact on supply chain inefficiencies in Ohio?

One change DeWine calls for permanently increasing the number of pounds a truck can carry without a permit from 80,000 to 90,000, a 13% increase. While ODOT spokesman Matt Burning says that this change could save drivers up to an hour per load, he minimizes the cost borne to communities in the form of higher maintenance costs on roads due to more wear and tear on them.

Another proposal from DeWine is to lift the federal COVID-19 vaccine mandate for truckers. This is a strange proposal from a governor who has been as supportive of vaccination as to put forth one of the most innovative public relations programs in the country to promote vaccination. Industry groups have decried vaccine mandates, claiming that over two-thirds of the current trucking workforce will quit their jobs over the vaccine mandate, a figure 14 times higher than credible public health polling has found among the unvaccinated.

While some are likely to quit their jobs over vaccine mandates, the widespread evidence of the effectiveness of the vaccine suggests building public health policies around their desires is playing with viral fire. The loss in economic value from people switching to new jobs is unlikely to outweigh the potential loss of life by further spread of a dangerous virus.

Other proposals the governor is pushing for is to lower the age for commercial driver’s licensing and letting drivers stay on the road longer. While the governor maintains reducing regulations on age of drivers and hours drivers should spend on the road would have minimal public health impacts, crash rates for 18 and 19-year-olds are 28% higher than those for 20 to 24-year-olds and it has long been established that more time driving leads to higher crash rates.

Some approaches to deregulation like reduced requirements for licensing could be beneficial to improving industry prospects. Increased loads, less vaccinations, and younger drivers working longer hours, however, are likely to unload costs of the industry on third parties. While some of these changes could have some benefits for the industry, they will come at substantial cost to the public.