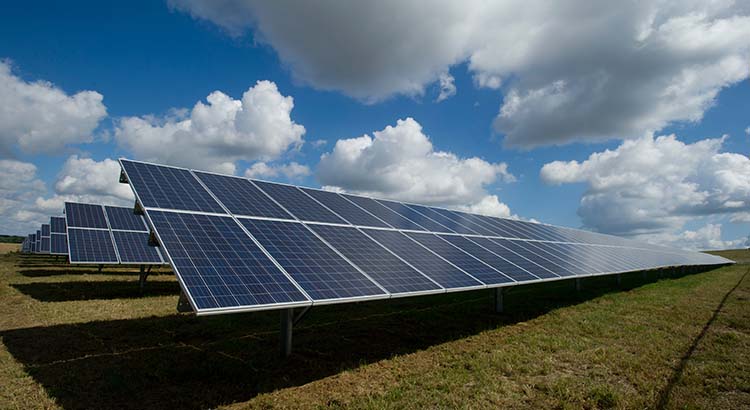 A recent scorecard tracking energy policies among 100 of the country’s biggest cities offers a mixed bag for Ohio. The American Council for an Energy Efficient Economy reviewed six cities — the three Cs plus Dayton, Toledo and Akron. Columbus and Toledo improved slightly, but the others held steady or slipped.

The ACEEE formed in 1980 in response to the country’s dependence on foreign oil. It develops research to support policy makers with increasing energy efficiency as its north star. It’s worth noting that ACEEE’s goals and approach likely don’t align with those of other environmental organizations. ACEEE, for instance, touts plans to cut energy use and emissions in half by 2050. President Biden’s target is to cut emissions in half by 2030 and reach net zero emissions by 2050.

The organization’s scorecard tracks local policies related to buildings, transportation, utilities and local government operations. They also account for community-wide initiatives like local climate change plans. ACEEE also splits up cities into different categories, so that a large, heavily resourced city and a smaller city both have reasonable benchmarks for comparison.

Columbus is one of the Ohio cities to improve in ACEEE’s review, but that progress was slight. Columbus climbed just one spot compared to last year, moving from 29th to 28th. The city is the only one in Ohio that falls into the category of rapid growth in a large metro, and Columbus surpasses the median score for its peer cities.

One critique city leaders would likely take issue with is that Columbus “has not taken an equity-driven approach to clean energy planning.” It’s always possible to do more, but Columbus leaders have repeatedly raised the importance of incorporating equity in local climate plans. Every one of the targets in the city’s Climate Action Plan rates the policy on “climate justice.” More recently, the city insisted on workforce training and other investments as part of its aggregation initiative.

Cleveland saw the biggest drop among the Ohio cities reviewed, slipping nine places since the previous score card. Despite that decline, Cleveland still outperformed the median score for its peer cities. The scorecard defines Cleveland as a stable growth city in a large metro.

ACEEE researchers highlighted a number of positive utility policies for low-income residents, but noted neither of the city’s major energy providers, Cleveland Electric and Dominion Energy, have similar programs for multifamily buildings. The report also noted nearly all low-income residents have access to high quality transit, but the city falls short when it comes to EV infrastructure.

The report argues the city doesn’t appear to be on track to meet its near-term targets for reducing emissions. The ACEEE contends Cleveland has the most room for improvement when it comes to local building policies, suggesting the city could institute requirements that new buildings be EV and solar ready.

Cincinnati, like Cleveland, falls in the stable growth city in a large metro category, but ACEEE researchers put it slightly behind median for its peer cities. Last year Cincinnati ranked 36th, but it has slipped five slots to 41 in 2021.

The scorecard commends Duke Energy for offering a number of energy efficiency programs for low-income customers. But the ACEEE notes very few low-income residents have access to transit, and the city lags when it comes to EV charging infrastructure.

Researchers say that based on recent data it appears that Cincinnati will come pretty close to meeting its near-term emission reductions of 40% below 2006 levels by 2028. They also praised the city’s equity efforts, including outreach aimed at reducing the energy burden for low-income residents by 10% within 5 years.

The three remaining Ohio cities all fall into the category of stable growth cities in mid size metros, and they all have significant room for improvement, according to the ACEEE scorecard.

Researchers critique Dayton’s access to public transit, noting that at least according to their definitions 0% percent of low-income households have access to high quality transit. They also say the city is lagging in plans for energy reduction and climate mitigation. Those concerns, however, may not take into account a sustainability strategy passed by city council earlier this year on Earth Day.

Toledo gets plaudits for its climate change plans, and crept upward two places in this year’s rankings. Reviewers praised the city’s plans for making housing and transportation more affordable, but argued local leaders could be more proactive when it comes to promoting solar or EVs. The researchers also admit they don’t have adequate data to determine if Toledo is on track to meet its emission reduction goals.

According to ACEEE researchers, Akron’s biggest opportunity for improvement is with local government operations. The report noted there it isn’t clear if the city addressing low hanging fruit like transitioning outdoor lighting and streetlights to more efficient sources like LEDs or shifting to a its fleet to more efficient vehicles. They note the city has set targets for emission reductions, but like Toledo, researchers don’t have enough information to assess whether the city is on track to meet them.