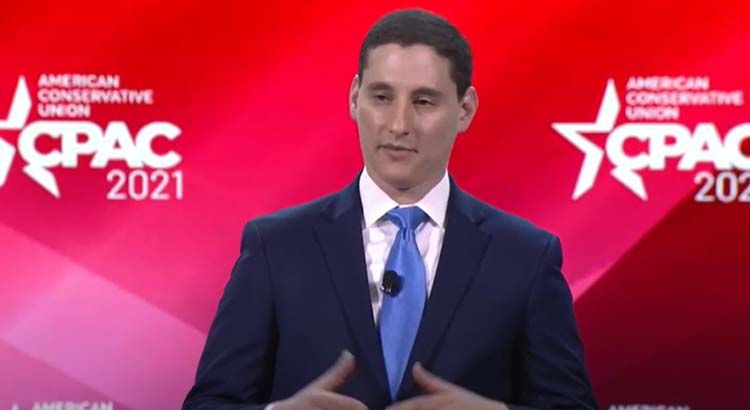 A former FirstEnergy executive, defending himself in a shareholders’ lawsuit stemming from his alleged role in the company’s statehouse bribery operation, has subpoenaed correspondence with two political operatives with close ties to U.S. Senate candidate Josh Mandel.

Attorneys for Mike Dowling, former senior vice president of external affairs for the utility company, subpoenaed records from two political nonprofits that played key roles in funneling FirstEnergy’s money into a political machine allegedly operated by the former Speaker of the Ohio House. That machine engineered legislative passage in 2019 of nuclear bailouts and other favorable provisions worth an estimated $1.3 billion to FirstEnergy.

Both men have close ties to the campaign of Mandel, who’s running in the GOP primary to replace U.S. Sen. Rob Portman in 2022. Campaign finance records list Datwyler as Mandel’s treasurer. Guthrie has worked on Mandel’s political campaigns for years, per his resume on LinkedIn, and has been quoted in media reports as Mandel’s campaign manager.

Liberty Ohio’s president, Michael Lord (who was not named in the subpoenas), served as chief of staff for Mandel when he was state treasurer.

Mandel’s campaign, Guthrie and Datwyler did not respond to written questions or phone calls.

The Mandel-affiliates are but a handful in a long list that includes “any current or former member of the Ohio Legislature” plus more than 30 Republican politicians and operatives from whom Dowling is seeking correspondence. The list includes Gov. Mike DeWine, Lt. Gov. Jon Husted, several defendants in the related criminal prosecution, and a spread of political entities and operatives. Also included is former state GOP Chairwoman Jane Timken, who is running against Mandel in the primary. Dowling’s subpoenas were issued only to Partners for Progress and Generation Now, not the named individuals themselves.

The issue at large traces back to the passage of House Bill 6, which provided massive, ratepayer-funded bailouts to nuclear plants owned at the time by a subsidiary of FirstEnergy and a separate bailout of coal plants owned by a cooperative of several Ohio utility companies.

FirstEnergy this summer admitted in court documents to giving about $60 million — using Partners for Progress as a pass-through — to Generation Now. The latter was allegedly controlled by then-House Speaker Larry Householder, R-Glenford. Householder, who has since been expelled from the House, has pleaded not guilty to a charge of racketeering and awaits trial.

FirstEnergy fired Dowling in October 2020, after two of the five men charged in the alleged conspiracy pleaded guilty. The company entered into a deferred prosecution settlement with the U.S. Department of Justice in July, agreeing to pay a $230 million penalty and cooperate with prosecutors and in return avoiding a charge of wire fraud.

Liberty Ohio has other, indirect connections to the FirstEnergy scandal: it and Generation Now, which pleaded guilty to a racketeering charge, share donors from within the same web of nonprofits often described as “dark money,” given they aren’t legally required to disclose the source of their funding.

According to government prosecutors, Householder unlawfully controlled Generation Now, a purportedly independent entity, by using operatives to sign paperwork and attend meetings as his proxy. Neil Clark, a lobbyist who was charged alongside Houeholder, allegedly identified himself as the Speaker’s “appointed guy” in a meeting. Clark died by suicide earlier this year.

These same donors gave hundreds of thousands to Liberty Ohio.

John McCaffrey, an attorney for Dowling, declined to comment on why he included Liberty Ohio and its officers on the subpoena.

Some of those named in the subpoena have downplayed the importance. Dan Tierney, a spokesman for DeWine, said neither the governor nor the lieutenant governor have received any subpoenas or been asked to submit to questioning in any civil or criminal matters related to the passage of House Bill 6, which was signed into law by the governor hours after it was passed by lawmakers.

He said he didn’t know why DeWine was included in the subpoena but noted that it’s one name of hundreds (given the number of still living former legislators).

“We clearly have no involvement,” Tierney said.

Partners for Progress was incorporated by DeWine’s former top lobbyist. FirstEnergy also admitted to paying former PUCO chairman Sam Randazzo about $4.3 million for legislative and regulatory favors. DeWine appointed Randazzo, who has not been charged with a crime.

The Timken campaign did not respond to an email. However, she told the Columbus Dispatch through spokesman Rob Secaur (who’s also named in the subpoena) that the two had “no involvement with HB6 and zero contact with Generation Now or Partners for Progress.”

What does Liberty Ohio do?

Liberty Ohio, like many political 501(c)(4)s, has little to no public profile.

Its tax records list it under the Washington D.C. address of an office building. Tax records from other entities who have donated to Liberty Ohio list a Bexley address. Franklin County records show the residence is owned by the family of Lord, the organization’s president.

As of 2019, Liberty Ohio has more than $1 million in the bank. Its stated mission on tax forms: “To educate the public on policy issues.”

No public-facing website for the group could be located.

In March 2020, the Cincinnati Enquirer reported that a “Liberty Ohio Inc.” owned a website at the time calling Candice Keller, a state representative running for the state Senate, “crazy.” Other records from the Federal Communications Commission show Liberty Ohio purchasing ads criticizing Keller before she lost in her Senate Republican primary to current Sen. George Lang.

Liberty Ohio’s 2020 tax records are not yet publicly available. Guthrie did not respond to a request for them left via voicemail.

Several donors to Liberty Ohio, including representatives of 55 Green Meadows, Partners for Progress and Empowering Ohio’s Economy, did not respond to calls and voicemails.