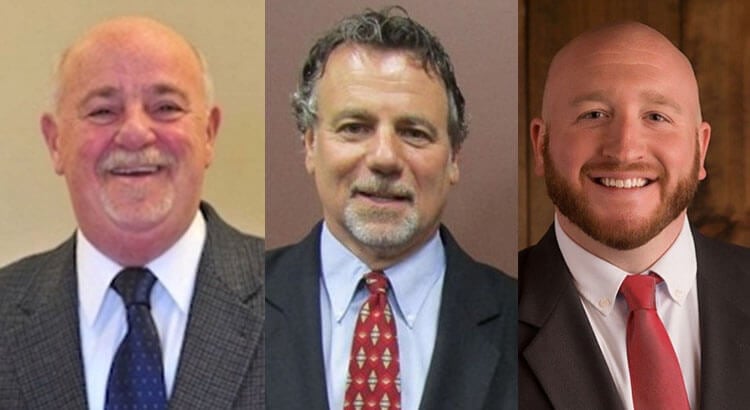 Tiffin, Ohio — The Seneca County Board of Commissioners approved an $18.9 million General Fund budget for 2022 during a board session Thursday morning.

The initial General Fund budget included more than $20 million of requests. During last week’s session, County Administrator Stacy Wilson presented an $18.9 million budget for the commissioners to review  and work on. This leaner budget presented by Wilson featured the removal of several requests, including  equipment and salary/wage increases.

The County Budget Commission initially certified $19 million in revenue for 2022, but Board President Mike Kerschner announced Thursday morning after a budget commission meeting that this figure was  amended to $19.2 million.

Due to the anticipated revenue increase, the commissioners each indicated they would consider 2-percent salary/wage increases for General Fund employees with an additional 1-percent, one-time supplement. This will be formally voted on at next Tuesday’s board meeting. Each of the commissioners showed  various signs of support on adding the roughly $300,000 in salary/wage increases to the budget for next  year.

Along with the passage of the General Fund budget, the commissioners also approved non-General Fund  budgets for 2022.

During County Administrator Stacy Wilson’s report, she said General Fund revenue for November was  about $1.6 million, with expenses at about $2.2 million. She said this number is somewhat misleading, as the expenditures include an $826,000 advance for a Federal Aviation Administration-funded project at the  Seneca County Airport. This expense will be 100-percent grant-funded and will include a corresponding  revenue receipt in the same amount at some point next year.

In other business, the commissioners entered an executive session regarding personnel for about 48  minutes. Members of the Bascom Joint Ambulance District were invited to the session.

After the executive meeting, the commissioners spoke with district leaders about the relationship between  the two entities, following the news that the Bascom district had decided to separate from the Seneca  County EMS system.

The commissioners expressed disappointment in the decision BJAD leaders made to leave the county system, but each vowed to do their best to make sure that patients who need emergency medical care  receive it throughout the county.

On Nov. 18, the commissioners sent a letter to the district notifying them it plans to terminate the EMS  agreement between the entities in 90 days, per the contract between the two entities, because BJAD  decided to leave the county system.

On Thursday, there was a discussion about working with BJAD leaders to ensure a smooth transition. No vote was taken on the matter, but the commissioners appeared to indicate that a 90-day extension  could be granted on the termination of the EMS contract between the two groups.

This indication came following a request from BJAD leadership for the extension so it could have time to  prepare to run its own EMS system.

The commissioners are set to meet EMS stakeholders for a monthly meeting at 7 p.m. tonight at the North  Central Ohio Educational Service Center. The next regular board session is to occur at 10 a.m. on Tuesday at the board’s office, 111 Madison St.

The board also approved: