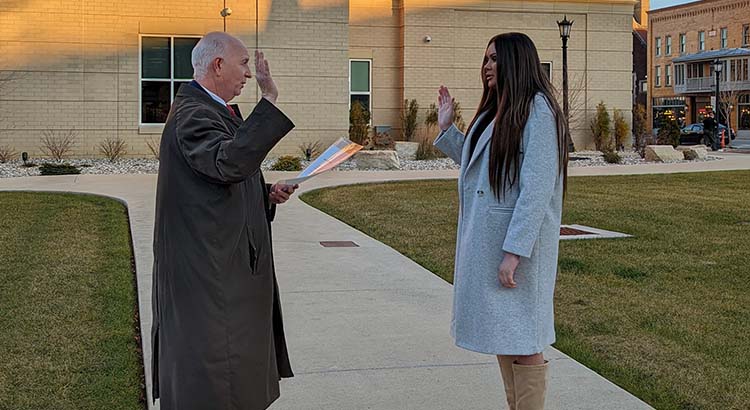 Tiffin, Ohio — Bridget Boyle, who currently serves on Tiffin City Council representing the city’s first ward, was sworn in Tuesday afternoon ahead of her taking office as the next council president in January.

Boyle, originally from Cleveland, is a 2014 Tiffin University graduate who was first elected to Tiffin City Council in 2019. She ran unopposed in the 2021 general election for the council president position after current President Rich Focht decided against running for reelection. 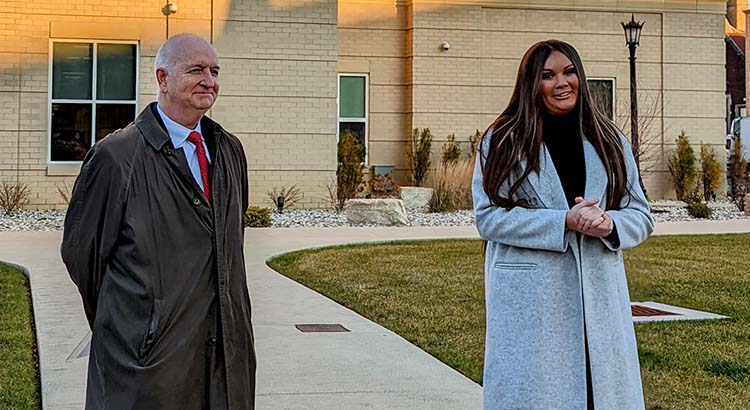 Tiffin City Law Director Brent Howard administered the oath of office to Boyle outside of the Seneca County Justice Center, and she will take office as the city’s first female council president on Jan. 1, 2022.

Mayor Aaron Montz said he is excited to continue working with Boyle in her new role.

“I am looking forward to working closely with Council President Boyle as we continue to make Tiffin a better place to live, work, play, and stay,” Montz said.