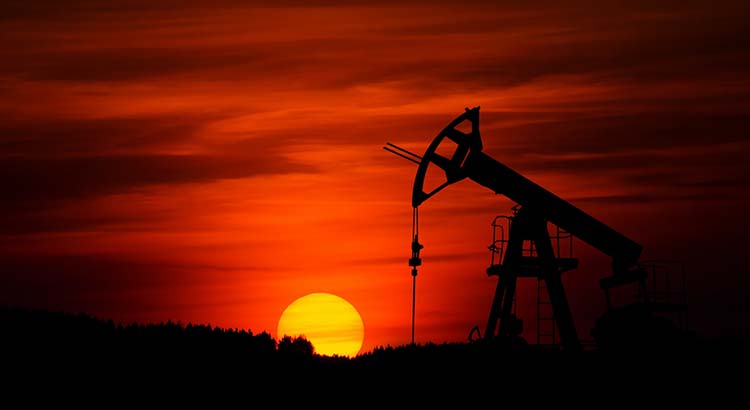 The responsible use of Ohio’s natural resources is crucial to the well-being of its residents and to the long-term sustainability of its economic infrastructure. Currently, Ohio is 13th among states in terms of crude oil production and 6th in terms of natural gas.

The Marcellus and Utica shale formations, which lie, in part, under the hills of eastern Ohio, are two of the most important sources of natural gas in the United States. Since the rise of hydraulic fracturing (also known as “fracking”) in 2010, more than $40 billion worth of natural gas has been extracted from Ohio’s shale deposits.

However, the astounding wealth that has been created from state resources and using state infrastructure has overwhelmingly benefited a small number of rather large pockets. The expansion of oil and gas production locks in future greenhouse gas emissions in a time when the need to mitigate our contributions to climate change is more desperate than ever.

If Ohio policymakers refuse to embrace safer energy technologies, then they should at least ensure that oil and gas extraction increases the shared prosperity of the people of Ohio rather than fueling short-term private gains.

It is time for Ohio’s oil and gas drilling corporations to pay their fair share. Ohio still has significant untapped reserves of hydrocarbons and their extraction should be subject to a severance tax at the level of other major gas- and oil-producing states.

A fair state-level severance tax would help ensure that the exploitation of Ohio’s hydrocarbons funds critical state services responding to the pressing needs of all Ohioans and the prospects of their children. Furthermore, a severance tax permanent fund — sometimes called a legacy fund — like those of other gas-producing states and tribal nations, would go a long way toward a thriving Ohio beyond the ups and downs of the fracking boom.

A permanent fund produces a sustainable investment endowment that generates revenue from interest earnings that can be used to finance the needs of a region or state.

Over the years there have been several attempts to legislate a fair severance tax in Ohio. In 2015, Republican Gov. John Kasich proposed a 6.5% severance tax on gas and oil production and a 4.5% tax on natural gas liquids.

Years earlier, Policy Matters Ohio proposed a flat 5% severance tax on gas and oil and, after certain trigger points, a 2.5% fee toward a legacy fund that could provide long-term benefits despite the volatility of oil and gas markets. However, after an aggressive lobbying campaign from the Ohio Oil and Gas Association and the American Petroleum Institute, lawmakers refused to act.

Ohio drilling operators pay a dime per barrel of crude oil and half a nickel per thousand cubic feet of natural gas. This is one of the lowest severance taxes in the country and it means that years of gas and oil production have enriched corporations and drillers but not the communities that host them nor the state that supports them.

The promises made by oil and gas corporations never materialized and the Appalachian counties that were supposed to thrive have grown poorer. According to a recent Ohio River Valley Institute report, in the period between 2008 and 2019, gas-producing counties (Belmont, Carroll, Guernsey, Harrison, Jefferson, Monroe and Noble) had a net job loss of 8%, growth in personal incomes lagged state and national averages, and the local population decreased by over 5%.

These statistics only scratch the surface of the negative local impacts that have ravaged eastern Ohio in the past decade. All this while the same counties grew, in terms of GDP, five times faster than the state of Ohio and four times faster than the nation as whole. In other words, Ohio’s gas producing counties are being drained of both their natural resources and their economic vitality at the same time.

What would have happened if the General Assembly had instituted one of the several severance tax proposals since 2010 — say, the one proposed by Policy Matters? Based on Ohio Department of Natural Resources data, a flat 5% severance tax on crude oil and natural gas going back to 2016 would have produced more than $1.5 billion in revenue, $1.244 billion more than under current severance taxes. 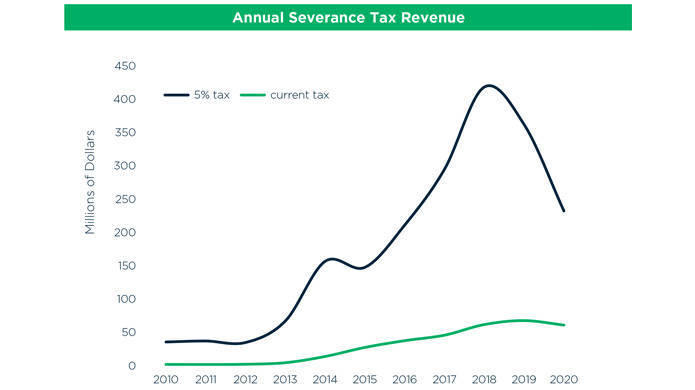 If Ohio had instituted a 2.5% fee toward a legacy fund in the peak years of 2016-2020 the state would have had a fund of over $760 million compounding interest and promising a source of revenue for the future, beyond the fracking boom.

Crucially, these funds could help more students pay for college and more working parents afford the high cost of child care, contribute to funding for the new Fair School Funding Plan, and start to pay for infrastructure, housing and economic development desperately needed in the directly impacted communities of eastern Ohio.

Ohio needs a fair severance tax. The corporations that have been privileged with the opportunity to exploit Ohio’s finite natural resources should not be allowed to extract the wealth out of Ohio’s land and make heavy use of its infrastructure without compensating its people.

The expenditures listed above are only a small sampling of the many pressing needs that could be addressed with severance tax revenue. A severance tax and a well-managed permanent fund could serve Ohio’s families for generations to come.

Originally from Uruguay, Guillermo Bervejillo has a Ph.D. in economic geography and bachelor’s in economics from The Ohio State University as well as a master’s in geography at the University of British Columbia in Vancouver. He has studied antitrust economics, trade between China and Latin America, the geopolitics of global soy markets, and the academic publishing industry. Guille also has a long-standing commitment to community organizing in Ohio and professional experience in Washington, DC. He was a founding member, organizer, and researcher for our partner, the Ohio Student Association. In Washington DC, Guille was an economic policy intern at the Center for American Progress and an economic research analyst at the Antitrust Division of the U.S. Department of Justice.