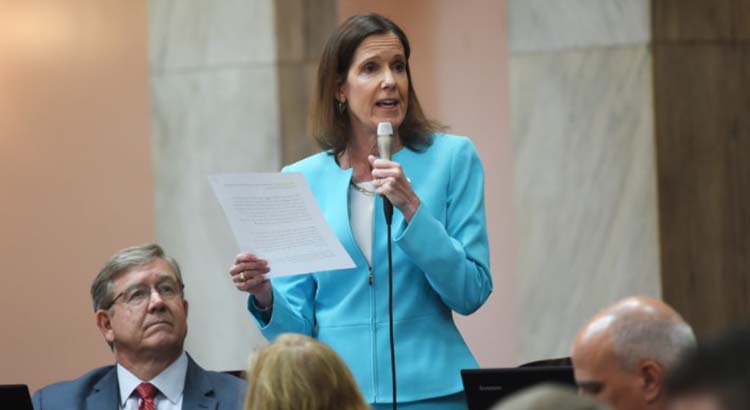 While the short title of the bill refers to COVID-19, the text of the legislation itself could include mandates for vaccinations against any disease.

It states employers who require employees to receive a vaccine utilizing “mRNA, DNA, or any other genetic vaccine technology” that has been approved by the U.S. Food and Drug Administration must allow employees to decline the vaccine “for any reason.”

Primary schools along with public and private colleges would need to do the same. The schools would be prohibited from expelling unvaccinated students under the bill; likewise, employers would be forbidden from firing unvaccinated employees.

The law makes no exceptions for hospitals, nursing homes, cancer centers, or other places where medically vulnerable people tend to gather. It would effectively terminate once the federal government ends its declared public health emergency due to the pandemic.

“We need to find a path forward and win a battle for freedom,” said Rep. Tracy Richardson, R-Marysville, the bill’s lone sponsor, in a statement.

The bill is unlikely to become law. Similar efforts have failed throughout 2021 in the House, despite receiving more legislative attention than any issue that’s not constitutionally required (the state budget and decennial redistricting). House Speaker Bob Cupp, R-Lima, said Tuesday he hasn’t reviewed the bill and didn’t know if it would receive any hearings.