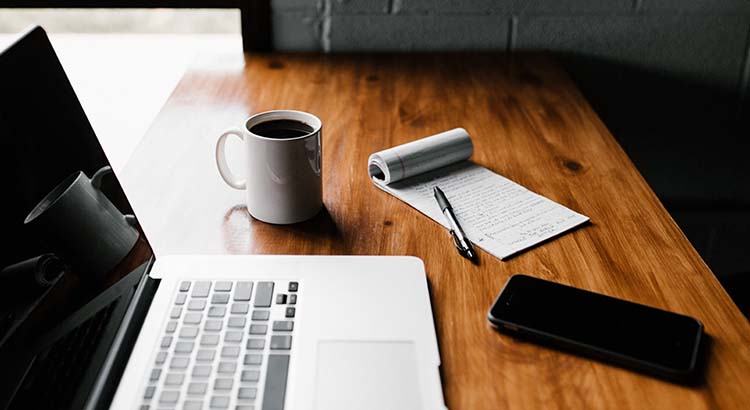 News of the pandemic’s devastating effect on journalism was conveyed by headlines across the nation telling of newsroom closures, layoffs and furloughs.

Journalism was in trouble in 2020. In fact, it had been in trouble for a while.

But how did so many local news organizations – especially newspapers – manage to survive the pandemic? Weeklies beefed up their daily online news coverage, business models were blown up and existing rationales for why journalism matters became more than theoretical to rural journalists.

Their determination to survive and serve as a public health lifeline for their communities fueled an oral history project that my colleague Teri Finneman and I conducted, interviewing 28 journalists across seven states in the middle of the country. We learned how locally owned and family-owned newspapers made it through COVID-19.

“There’ve been times that we’ve had to reach out to mayors and different cities and communities across the state … to make sure that … they knew that [journalists] were deemed essential workers,” said Ashley Wimberley, executive director of the Arkansas Press Association. That label exempted news workers from stay-at-home orders and designated them as critically needed by their communities.

There were no easy answers. Not in Louisiana, where I teach journalism at Lousiana State University. Not anywhere.

Oral history grabs the first impressions of history for those living now, looking back at what just happened. It helps people understand the present and how to move forward, out of a crisis. But it also records events for scholars and citizens in the future.

“Always remember that when you’re putting those stories in your newspaper, that you are printing your community’s history,” Amy Johnson, the publisher of the Springview Herald in Nebraska, told us.

Benny Polacca of the Osage News in Oklahoma told us something similar: He encouraged journalists covering some future pandemic to “do your due diligence in order to come to some type of understanding, some type of argument, some type of focus, if you were going to be reporting or researching the time of COVID-19.”

Often, it’s journalism on the coasts that gets the attention of researchers. The New York Times, The Washington Post, the Los Angeles Times – these big news organizations are written about constantly.

By talking to journalists in North Dakota, South Dakota, Nebraska, Kansas, Oklahoma, Arkansas and Louisiana, our project pushed back against this tendency to ignore the middle of the nation and its important journalism. As a kind of new essential worker, journalists found themselves in charge of explaining complicated guidance from state and local officials about COVID-19, how schools would work and where to get help.

“I hope that, through this, that our role as journalism, they [the public] realize how important it is that the information we put out, you know, how it affects them every day,” Johnson said.

Kansas Press Association Executive Director Emily Bradbury had a message for these journalists who were working for news organizations increasingly threatened with being shut down: “I want them to know that in the midst of an emergency, in the midst of what can seem like a hopeless situation, when they look at their financials, that what they’re doing is important. And what they’re doing matters, and that no one else can do what they do, and they look out for their communities like no one else.”

Loans, side hustles and deals

Reporters and editors found new ways of paying the bills. That meant accepting government subsidies in the form of Paycheck Protection Program loans. It meant, for some, going door to door and asking readers to subscribe, or keep subscribing. It meant consolidating newspapers, putting out more online editions, or taking pay cuts.

“People just don’t understand. It costs a lot of money and time to do this, and I just wish we – there was more value or people appreciate it or understood the value and the cost of really providing this service,” said Bonita Gooch, the publisher of The Community Voice, a Black newspaper based in Wichita, Kansas.

Some publishers took on side hustles to bring in revenue, creating ad copy for local business or doing marketing work.

At The Kingfisher Times & Free Press in Oklahoma, for example, Christine Reid, the paper’s editor, created ads for a local vocational-technical school. “I’ve also tried to use that as an avenue to … generate more ads for the newspaper,” Reid said.

Local publishers did whatever it took to stay afloat. As some of our initial findings have shown, that showed both opportunity and hesitancy about change.

“We’re gonna have to rely less on advertising revenue and more on subscription revenue, and so we’ve got to make sure we’re offering a unique product that they want to pay for,” said Letti Lister, the president and publisher of the Black Hills Pioneer in Spearfish, South Dakota.

We saw tentative signs of hope, as journalists got financial and moral support from their readers during a fraught election. “If anything, it’s rallied the troops, if you will, in our community because they trust us, they know that we’re going to report the news in a timely manner and keep the public up to date,” said Amy Wobbema, publisher of the New Rockford Transcript in North Dakota. Arguably most coverage was calm and steady.

But there was still hesitancy over what newspapers had to do to adapt. Some journalists are uncomfortable with receiving government funding and would rather rely on community support.

As South Dakota Newspaper Association Executive Director Dave Bordewyk put it: “Sort of, ‘Look, contribute to our newspaper … because if you value that importance of local news and journalism, then we need your support beyond just subscribing to the newspaper or advertising, which has gone away.’”

Ultimately, the pandemic showed that more research needs to be done on journalism in rural areas – we managed to talk to only a fraction of the total number of small-town journalists and publishers. Other scholars have already learned that local journalism helps reduce violent partisanship and reinforces institutions. To be clear, scholars have defined violent partisanship as the willingness to resort to physical altercations to resolve disputes – good local journalism channels that energy toward peaceful, democratic ends. Other scholars have found that institutions like local courts and governments get increased legitimacy as a result of local news. More sustained scholarly attention will likely turn up other benefits that the public isn’t yet aware of.

“That’s what we hope. What I hope comes out of this is that readers can understand that, and can … have a renewed value on what that [local] publication has done for their community during this pandemic,” Bradbury told us.