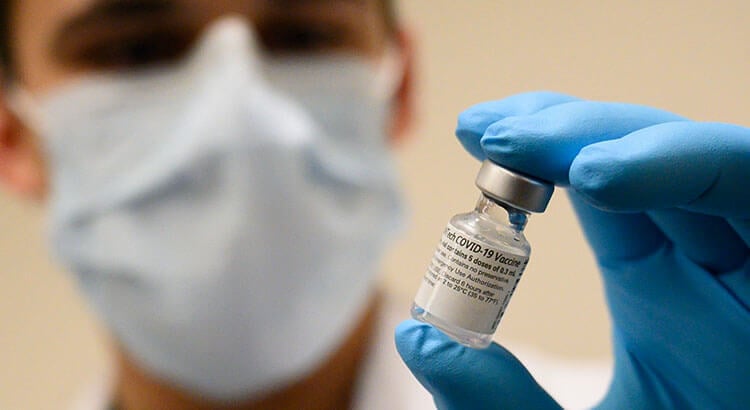 “Unfurrow your brow.” My mom’s frequent admonition to her easily impassioned daughter. I need a lot of reminding. I feel like I’ve been furrowing my forehead nonstop for almost two years straight. But on Turkey Day, I will take a moment, if not the whole day, to unknit that brow and give thanks for small victories.

Last November the COVID-19 surge was brutal. The grim doubling and tripling of cases, hospitalizations and deaths launched devastation throughout the country. December would be the deadliest, most infectious month of the pandemic in 2020. January began the new year by setting the monthly record for the highest number of deaths since the pandemic began.

Flash forward to November 2021. A vaccine to end the plague that has killed over 770,000 Americans in 20 months is available and free to everyone five years and older. That science produced a safe and effective immunization against the coronavirus in months versus years is nothing short of miraculous. That the Biden Administration produced an efficient, nationwide distribution system to get shots in arms as fast as possible is nothing short of a godsend. Over 450-million vital doses have been given and counting. This Thanksgiving 195 million Americans will sit down to dinner fully vaccinated.

Acknowledge progress made. To that end, I’m also grateful for those in Congress who go to work every day to get something done for the people they serve. In March Democrats passed, and President Biden signed into law, a COVID-19 aid package that brought much needed relief to millions of Americans with direct stimulus checks and extended emergency federal unemployment benefits.

The American Rescue Plan included funding for hard-hit states and local governments, COVID-19 vaccines and testing and more. It cut child poverty in half by expanding a child tax credit program to more families and increasing the tax credit. It added funds to safely reopen schools, help small businesses survive the pandemic, and feed desperate households with increased food stamp benefits through September.

The Biden relief policy provided a critical lifeline to many during a once-in-a-century public health crisis. Not a single Republican in Congress, even those who subsequently boasted about its benefits to constituents, voted for it.

I am hugely thankful that Biden’s bipartisan infrastructure bill was finally signed into law because it will create good-paying Ohio jobs and help the economy grow. The newly minted measure, opposed by all but one Republican in the Ohio congressional delegation, includes billions to fix state highways, notorious bridges, public transportation, water systems, upgrade airports and expand broadband. Ground-breaking on some projects could start as early as next year.

To those fighting the good fight on another bill, one of the most consequential measures in decades crafted especially for young families and older Americans, a standing ovation is in order. The inimitable Speaker Nancy Pelosi deserves sustained applause for shepherding the centerpiece of Biden’s domestic agenda to passage in the House. It contains provisions that top the priority list of ordinary Americans struggling to afford housing, child care, out-of-pocket health care costs from prescription drugs to hearing aids and home care. It also includes the largest investment ever to slow global warming with aggressive clean energy incentives.

The game-changing bill faces a tough road in the Senate, but we owe a debt of gratitude to those relentlessly doing battle on our behalf, those unafraid to poke the corporate vanguard protecting the status quo that pollutes the environment and bankrupts the middle class.

Same goes for the tireless souls who stand against injustice in this state and country. Those who march for the systemically beat-down and discriminated Americans born with the wrong skin color in a society that tolerates white supremacy. Those who refused to rescind the Ohio Board of Education’s resolution which condemned racism and addressed racial disparities in Ohio schools in the wake of George Floyd’s murder last year. They had to resign for defending an anti-racism pledge — let that sink in — but did not go quietly into the night. We heard their dissent and thanked them for it.

We also profoundly appreciate the efforts of individuals and groups taking on gerrymandering in the courts and with the Freedom to Vote Act in Congress. What Ohio Republicans did last week to rig congressional district maps with as much as an 80% to 87% party advantage — in a state fairly balanced between Republican and Democratic voters — was outrageous. What Ohio Republicans in the Statehouse and in the governor’s mansion did to all of us who amended the constitution to end partisan gerrymandering that “unduly favors or disfavors a political party or its incumbents,” is grounds for a voter revolt in 2022. I’m indebted to every citizen who shows up, makes calls or joins protests to demand a voice in government with fair, transparent, representative redistricting.

It’s hard to unfurrow my brow with democracy under attack, autocracy on the rise and lunacy as the new abnormal. But if you’ve read this far and still give a damn, God bless and thank you.

That did it, mom.