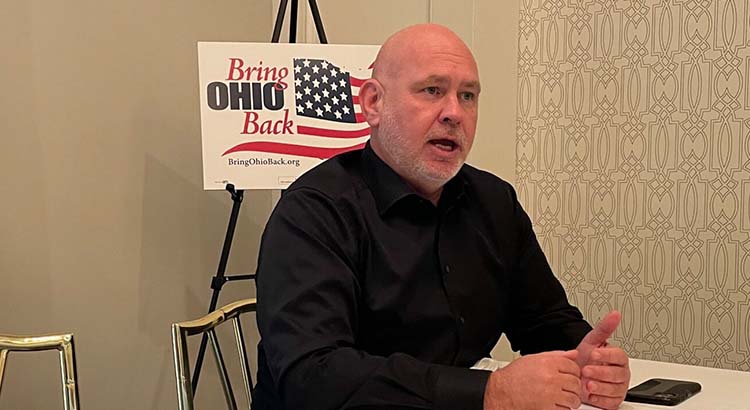 A team of political strategists is launching a super PAC modeled on the Lincoln Project called Bring Ohio Back. They describe their effort as an anti-corruption campaign aimed at undermining the GOP’s control of the state.

The Lincoln Project raised its profile with a viral media strategy of well-produced attack ads, but a significant part of their appeal was the organizers’ GOP bona fides. Each of the group’s founders had long track records in Republican political circles. But while many in the party were submitting to Donald Trump, Lincoln organizers chose to train their considerable political weaponry on him instead.

The organizers of Bring Ohio Back do not have the same history with the Republican party. Jeff Rusnak is a Democratic political consultant who previously worked on campaigns for U.S. Sen. Sherrod Brown and Rep. Marcy Kaptur. He’s teamed up with David Milenthal and Jerry Austin, both alums of former Democratic Gov. Dick Celeste’s administration.

Despite that, Lincoln co-founder Steve Schmidt was on hand to give the team his seal of approval. He argues that although Trump lost, Trumpism remains ascendant in the GOP, and the party has only become more radical since the insurrection on Jan. 6.

“Democracies require two political parties in competition, both of whom are willing to lose and to acknowledge the sovereign will of the people in acknowledging the victory of the other side,” Schmidt said. “That’s how it works. That’s what’s been broken, as surely as if I took this glass and threw it against the wall.”

Schmidt considers Ohio’s U.S. Senate race the most important in the country. He described Republican candidates J.D. Vance as a fascist and Josh Mandel as a theocrat. Bring Ohio Back organizers said they’re concerned with races up and down the ticket, but they intend to focus their attention on the two highest profile statewide races on the 2022 ballot — governor and U.S. Senate. They argued that by focusing on the two biggest races they can shift the broader conversation and impact other races down the ballot.

“Our campaign is an anti-corruption an anti-extremism and anti-one party rule an anti-one-party-domination, an anti-one-party-overreach,” Rusnak said. “And it’s about taking on this, this plague that’s happening in Ohio as a direct result of people who operate as if they own the state.”

The organizers said they won’t be supporting specific candidates. But they admitted that since they’re fighting corruption, incumbent and likely Republican, lawmakers will probably feel the brunt of their campaign.

Although the group is organized as a 501(c)(4), which does not need to disclose its donors, they insisted their contributors will be identified in their public filings. But they declined to identify any of their donors ahead of the campaign filing deadline in January.