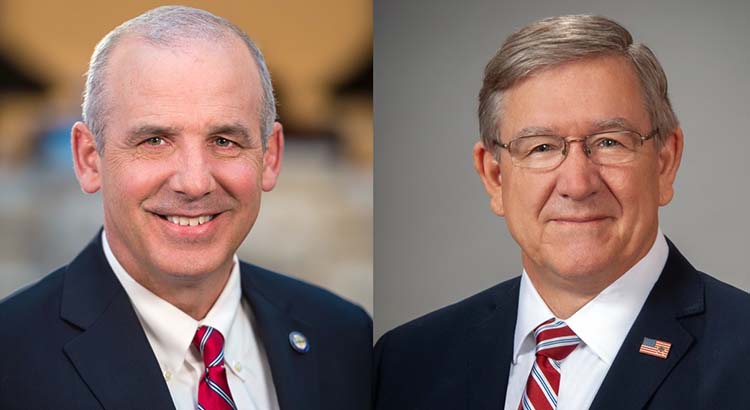 Nearly 75% of Ohio voters reformed the state constitution in 2018 to end gerrymandering and bring about fair, legal U.S. Congressional districts.

Instead state Republican legislative leaders hijacked the process, betrayed voters, and have all but declared total moral and ethical bankruptcy in their cynical pursuit of political power at all costs.

They are rigging Ohio’s Statehouse and U.S. Congressional elections for the foreseeable future, denying millions of Ohio voters that most essential tenet of representational government: representation itself. 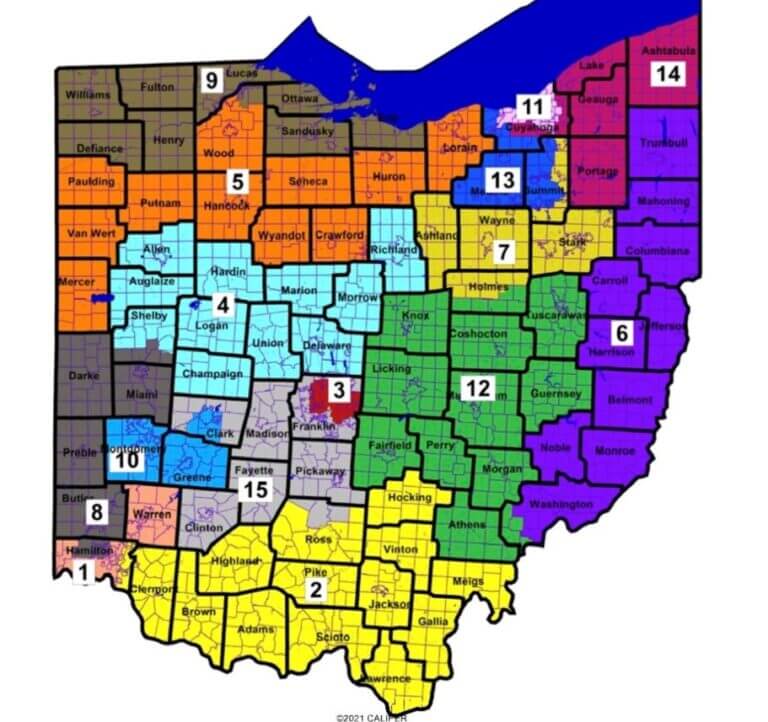 The GOP congressional map passed through the state Senate on Tuesday afternoon.

After hammering out a gerrymandered U.S. Congressional district map behind closed doors over the weekend, they dropped a PDF of it Monday night after having already determined to rush it through committee and passage in the Ohio Senate Tuesday with the House soon to follow.

Take this as 11-2 GOP-to-Democratic map with two potential toss-ups, and take anybody who tells you differently as thinking you an idiot. The Princeton Gerrymandering Project gives the map an “F” grade, noting its significant Republican advantage.

If GOP leaders really wanted competition, why give the GOP a 7-2 starting advantage, then a 5-1 advantage in the “competition”?

Would you sit down for a chess match with someone who has stacked your side with 15 pawns and theirs with 15 rooks, bishops, knights, and queens?

Huffman trotted out Napoleon Republican state Sen. Rob McColley to offer malignant evasions for why this map might not be as transparently wretched as it so obviously is.

McColley said he “strongly disagrees” with the idea of an 8-7 map, which would reflect the 54-46 average split of Ohio voter preferences as averaged over the last 16 statewide partisan elections.

McColley claimed voters wanted a map that would adapt to the “changing winds” of the political landscape.

The voters voted for fair, bipartisan maps, not the hot air of McColley’s “changing winds.”

The reality is that the suburbs are trending blue and rural areas more red, and they both have been for a while. Well aware of this, the GOP has taken full advantage of it in their map, hoovering suburban areas of Ohio’s largest counties up into rural GOP-leaning districts.

The map splits Cuyahoga County in three, with outlying areas included with rural Republican counties to dilute those Democratic votes.

Hamilton County is even worse, also split into three, with the city of Cincinnati drawn into a district with rural Republican Warren County, the north central part of Hamilton drawn in with Republican Butler County up to Darke, and the eastern portion included in a Southern Ohio district that stretches over to Meigs.

Meanwhile, vast swaths of northern, western and southern Franklin County are drawn into a rural district that includes townships as far south as Ross County and as far southwest as the southwest tip of Greene.

This is all politically malicious, and wholly intentional, making McColley’s words ring as hollow as a bongo drum.

It would be far easier to spend one’s energy creating fair, legal maps instead of painstakingly contorting partisan advantages in defiance of nearly 75% of Ohio voters and hammering out manipulative talking points contemptuous of and condescending to the public, who poured their hearts out to lawmakers pleading for fair districts.

If Gov. Mike DeWine is done being bullied by them, he could show it by vetoing this atrocity of a congressional map.

But if DeWine rolls over like a good puppy as he did with the Statehouse maps, patriotic Ohioans who care about the health of our American Republic will have to count on Ohio Supreme Court Justice Maureen O’Connor to stand up for justice itself and strike these maps down.