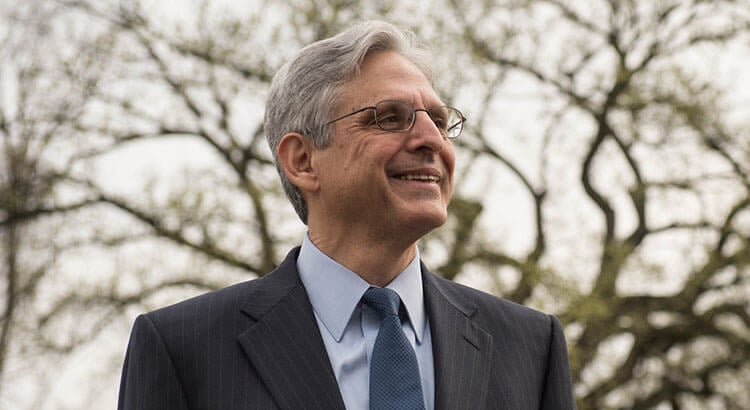 U.S. Senate Republicans grilled Attorney General Merrick Garland for more than four hours on Wednesday about a Justice Department investigation into threats made to local school board members in multiple states.

Garland at the Senate Judiciary Committee hearing declined to revoke a memo he wrote asking the FBI to meet with local law enforcement to look into threats, intimidation and harassment directed at school officials, teachers, administrators and staff.

He told the top Republican on the committee, Sen. Charles Grassley of Iowa, that the Oct. 4 DOJ memo — which followed an appeal for help from the National School Boards Association — only responds to “concerns about violence, threats of violence, other criminal conduct.”

But Grassley and other senators during the oversight hearing repeatedly pressed Garland to renounce the memo and accused DOJ of relying on the school boards group to characterize parents as domestic terrorists, although his memo did not mention terrorism.

“Mothers and fathers have a vested interest in how schools educate their children,” Grassley said in his opening statement. “They’re not, as the Biden Justice Department apparently believes them to be, national security threats.”

Missouri Sen. Josh Hawley told Garland he should resign, and Utah Sen. Mike Lee said that there have been no “explicit death threats” cited by Garland or the national school boards group as a reason for the federal government to take action. Lee said that not every outburst “by neighbors among neighbors” deserves an investigation.

Garland directed the FBI to coordinate with local law enforcement to investigate threats and harassment by conservative protestors and some parents, often provoked by mask requirements or discussions of race in schools. Many protests have centered around critical race theory, an academic subject which is not generally taught in K-12 schools.

Garland’s move came after the National School Boards Association sent a letter to President Joe Biden citing harassment and disruption in school board meetings in Georgia, Florida, Michigan, Ohio, New Jersey, Virginia, Wisconsin, Tennessee and Nevada. The organization has since apologized for the letter, although it did not ask that DOJ halt its probe.

NSBA’s initial letter asking for aid has caused a firestorm among Republicans and conservatives because the group asked the Justice Department to determine if those threats violate a variety of laws, including the PATRIOT Act, which is aimed at deterring terrorism. NSBA affiliates in Ohio, Missouri and Pennsylvania have separated from the parent group, saying they were not consulted before the letter was sent.

Republican lawmakers have argued that these are simply parents raising their concerns about masking requirements and discussions in public schools about race, which some school districts initiated after the massive Black Lives Matter protests following George Floyd’s murder last summer.

But school board officials have documented how their personal cell phone numbers have been inundated with threatening messages, and how school board meetings have been derailed by protestors.

For example, the Florida Phoenix reported that several school board members detailed the harassment they continue to face over masking requirements amid the pandemic.

Garland pushed back against Republicans’ charges that the Justice Department was infringing on parental rights to free speech.

“The Justice Department protects that kind of debate,” he said. “The only thing we are concerned about, Senator, is violence and threats of violence against school officials, school teachers, school staff.”

The committee’s Democratic chairman, Sen. Dick Durbin of Illinois, defended Garland’s move and cited his home state as an example where he is also seeing this pattern.

In his opening statement, Garland did not give an update on the agency’s investigations into local school board threats. He outlined the Justice Department’s work on combating cyber crimes, violent crimes, the persecution of those who attacked the U.S. Capitol on Jan. 6, civil rights enforcement and increasing accountability in law enforcement with the extended use of body cameras by federal officers.

Sen. Amy Klobuchar, a Minnesota Democrat, said that she was not only concerned about the threats to school officials but also to election officials.

“I just want to have a functioning democracy,” she said.

Klobuchar asked what actions the Justice Department was taking to protect those election officials and what kind of threats they face.

Garland said he virtually met with numerous election administrators and secretaries of state to listen to their accounts of violence and threats of violence. He said it led him to create a task force to coordinate with federal agencies and state and local law enforcement.

But most of the hearing, ostensibly for general oversight of DOJ, was taken up by a string of Republicans continuing to press Garland about the federal government getting involved in local school board incidents.

Lee argued the move will “have a natural tendency to chill free speech.”

“The memo is aimed only at violence and threats of violence,” Garland said. “It states on its face that vigorous debate is protected. That is what this is about and that is all this is about.”

Lee asked if harassment and intimidation were federal crimes, which Garland said they were.

Lee, Grassley and Hawley all asked if Garland would rescind his memo in light of the NSBA apology letter, although school board officials didn’t make that request.

Garland said he would not because there were news reports of threats of violence at school board meetings from media reports regardless of NSBA’s letter.

NSBA “apologizes for language in the letter, but it continues its concern about the safety of local officials and school staff,” he said.

“I’m hopeful that many areas of local law enforcement will be well able to handle this on their own, which is what the Justice Department does every day,” he said. “We consult with our local and state partners and see whether assistance is necessary.”

Garland said no, and said that “the Supreme Court has made quite clear that the word intimidation, with respect to the constitutional protection, is one that directs a threat to a person with the intent of placing the victim in fear of bodily harm or death.”

“I wish, if senators were concerned with this, they would quote my words,” Garland said. “This memorandum is not about parents being able to object to their school boards. They are protected by the First Amendment. As long as there are no threats of violence, they are completely protected.”

Sen. John Kennedy, a Louisiana Republican, asked if Garland was “just a vessel” for NSBA.

“The White House is the prophet here, you’re the vessel, isn’t that correct?” asked Kennedy.

Garland said he did not speak with anyone from the White House when he wrote his memo.

“This memorandum reflects my views that we need to protect public officials from violence and threats of violence, while at the same time protecting parents’ ability to object to policies they disagree with,” Garland said.