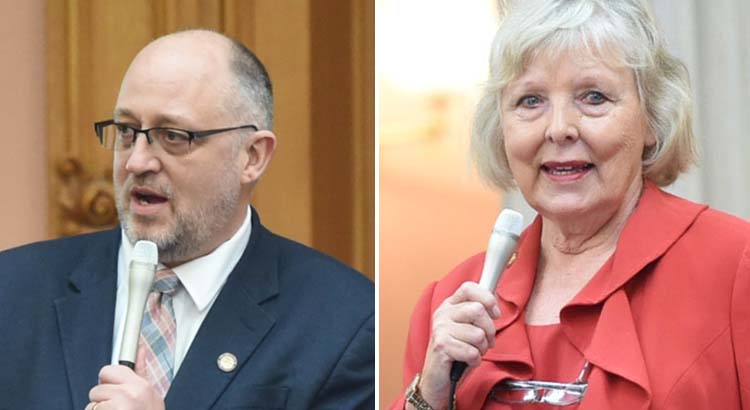 Ohio House lawmakers are running back a fight over trans youth in the state. But this time, instead of focusing on school sports, the proposal would prohibit offering minors any kind of gender affirming treatment — from hormones to surgery. The measure, H.B. 454, puts the onus on health care providers by defining that treatment as “unprofessional conduct” for state licensing boards, and making “actual or threatened violations” of the bill grounds for a lawsuit.

“I feel frustrated and angry and extremely disappointed that people who were voted into office to protect all Ohioans are using their platform and their power to actually attack a really specific portion of our communities,” she said. “It is a gross misuse of power and completely an overreach.”

“The risks of gender transition procedures far outweigh any benefit at this stage of clinical study on these procedures,” the legislation claims.

In a 2018 policy statement on the issue, the organization’s very first recommendation contends transgender youth should have access, “to comprehensive, gender-affirming, and developmentally appropriate health care that is provided in a safe and inclusive clinical space.”

In addition to punishing providers who offer care, H.B. 454 threatens school workers including teachers, nurses and counselors. The bill says they can’t “withhold” information about a student who is questioning their gender identity from that child’s parent or guardian. But Upchurch, who is a licensed social worker, explained the ethical standard is to maintain confidentiality unless a minor is harming themselves or others.

“Are you withholding or are you protecting the young person’s confidentiality?” Upchurch asked. “So when we look at what’s accurate and what’s in there, language can be used in a lot of ways to serve our agendas.”

The bill’s sponsors did not respond to a request for comment, but Sen. Nickie Antonio, D-Lakewood, was quick to condemn the move.

“I am incredibly frustrated that some members of the General Assembly continue to challenge our most vulnerable children’s right to exist for a political soundbite,” she wrote in a statement.

Antonio argued lawmakers do not have a role in the health care decisions of individual children.

“Those decisions must be made in concert with medical experts and physicians,” Antonio said. “Frankly, it is time for the legislature to stop these unnecessary and hateful attacks on transgender youth once and for all.”

Earlier this year, lawmakers put forward a so-called “Save Women’s Sports Act.” The bill would limit a student’s participation in sports to the team corresponding with the sex they were assigned at birth. Although the proposal got a few hearings, it never passed a committee.

In June, bill sponsor Rep. Jena Powell (R-Arcanum) tried to force the issue by tacking the language onto an unrelated Senate bill dealing with name, image and likeness policy for college athletes. Her move scuttled the bill, and Gov. Mike DeWine instead issued an executive order giving athletes the green light to sign sponsorship deals.

The latest proposal has yet to be assigned to a committee.