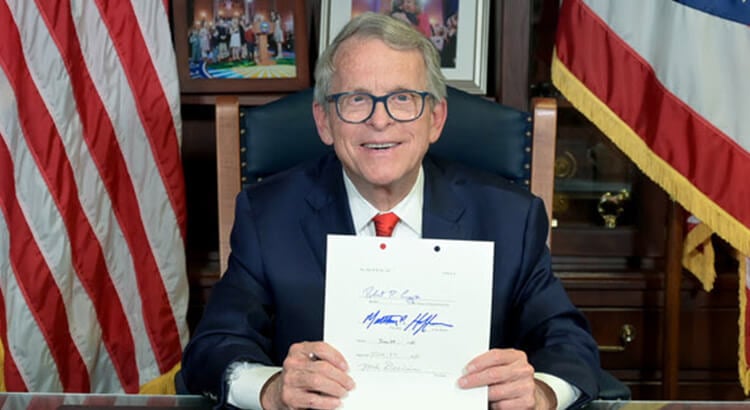 There were no emails between an old friend of Gov. Mike DeWine and Medicaid staff after a major Medicaid contractor hired the friend to lobby on its behalf at the beginning of the year, a Medicaid lawyer said Tuesday.

Any such communications would be of interest because the company, Centene, hired Michael Kiggin just two months before Attorney General Dave Yost accused it of defrauding taxpayers of tens of millions of dollars. Despite the accusations — and despite the fact that Centene is paying $88 million to settle them — the Medicaid department in August announced that it would restart its huge contract with Centene subsidiary Buckeye Health Plan.

The relationship between DeWine and Kiggin goes back to their law school days. Once he became governor, DeWine appointed Kiggin to the Ohio State University Board of Trustees, which is regarded as one of the most prestigious posts the governor can grant.

Kiggin hasn’t answered questions about what he did for Centene. But in his Jan. 1 registration document, he said he was going to lobby DeWine, the Medicaid department, Yost and Lt. Gov. Jon Husted on “decisions regarding Medicaid managed care” — the service provided by Centene’s Buckeye.

Medicaid attorney J. Andrew Stevens on Wednesday answered a request from the Capital Journal to clarify his initial response to an open records request made in August.

In a letter Wednesday, Stevens reiterated his position that the claim was “overly broad and ambiguous.”

That said, however, no emails between the Medicaid department and Kiggin were found, Stevens said. Nor were any between Kiggin and the governor’s office.

“As a courtesy,” Stevens provided copies of Capital Journal stories about Kiggin’s work for Centene that were shared in emails between the Medicaid department and the governor’s office.

That story regarded the non-responsive answers Medicaid Director Maureen Corcoran gave when asked why the Centene contract was restarted.