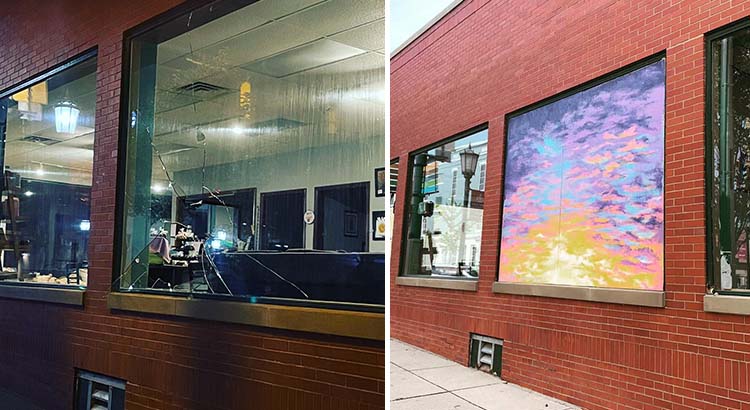 Tiffin, Ohio — After one of the windows at Bailiwicks Coffee Company was smashed earlier this month by an intoxicated man, a local artist has painted a mural on the board the business put over the window as they await a replacement.

“When life gives you lemons…. throw them back (but away from any glass) and brew some coffee!!” Bailiwicks wrote in a Facebook post along with photos of the mural.

“AMAZING mural work done by the talented Chelsea Mullins while we wait for our glass window to arrive!”

According to a Tiffin Police Department report, officers were dispatched to Bailiwicks, 62 S. Washington St., on Oct. 1 at approximately 2:20 a.m.

Officers were informed that an intoxicated male had smashed one of the store’s windows out with his head. The incident happened during an altercation that had started at the Bears Den, a nearby bar, the report states. One of the men involved in the altercation was transported to Tiffin Mercy Hospital. The police report states he was bleeding from his head.