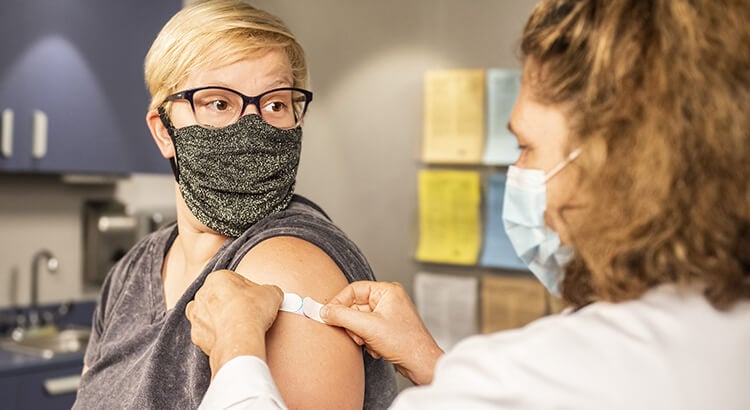 The U.S. Food and Drug Administration has given a green light to Americans who want to receive a booster dose of a COVID-19 vaccine manufactured by a different company than the one that produced the initial shot they received.

The announcement Wednesday on allowing “mix-and-match” shots from different manufacturers will give more flexibility to state and local officials overseeing vaccination campaigns and to providers administering shots.

The decision was part of the agency’s decision to authorize booster doses of the COVID-19 vaccines from Moderna and Johnson & Johnson.

It’s likely not the last step in the national booster shot effort, which is intended to ensure better protection against infection and hospitalization.

In Wednesday’s statement announcing the newly authorized boosters, Peter Marks, director of the FDA’s Center for Biologics Evaluation and Research, noted that the agency is gathering data to “further assess the benefits and risks of the use of booster doses in additional populations.”

An FDA advisory panel last week recommended a partial third dose of Moderna’s shot to older and higher-risk Americans between ages 18 and 64 who initially received the company’s two-dose vaccine. That booster dose would be given at least six months after receiving the last shot — the same eligibility requirements as the booster doses recommended of Pfizer’s two-shot vaccine.

The FDA panel also recommended a second dose of J&J’s one-shot vaccine for anyone over age 18, at least two months after their shot.

But while the companies have sought approval of additional doses of their own vaccines, some Americans have wanted to receive a different shot.

Some have had adverse reactions to a certain vaccine. Others have been concerned about the efficacy of the J&J shot, which studies have shown to have a lower efficacy against infection compared to the ones from Pfizer and Moderna.

The mRNA-based Pfizer and Moderna vaccines rely on a different approach than the J&J vaccine to spur the immune response.

A study from the National Institutes of Health found people who received the Johnson & Johnson vaccine produced stronger antibody levels after they got booster shots made by Moderna or Pfizer, than if they received a booster dose from Johnson & Johnson.

The FDA authorization moves the booster issue to the Centers for Disease Control and Prevention for that agency’s signoff. A CDC panel is expected to weigh in Thursday, and millions of Americans could be lining up for additional shots later this week.