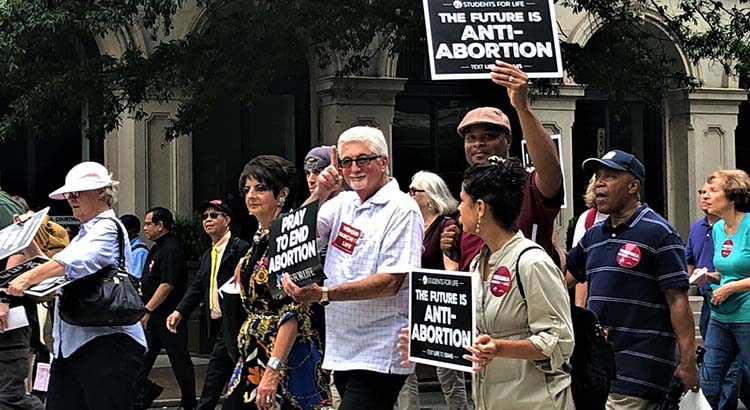 Opponents of a new abortion-related piece of legislation and one legislator on the committee reviewing the bill questioned why the bill was needed considering the regulations are already a part of law.

Senate Bill 157 received its third hearing in the Senate Government Oversight & Reform Committee on Wednesday, where opponents and supporters of the bill both had a chance to speak.

For opponents, the bill is not only yet another attack on abortion regulations, but also unnecessary considering laws already on the books address physician care after a “botched” abortion.

“This bill is a solution in search of a problem and is most certainly not about medicine,” said Jaime Miracle, deputy director of abortion advocates NARAL Pro-Choice Ohio.

The bill seeks to criminalize any physician who doesn’t provide care in the event of an abortion in which the fetus is still alive when born, a statistically rare occurrence in the state.

Committee member and state Sen. Cecil Thomas, D-Avondale, also brought up current law during the hearing for the bill.

Specifically, Thomas asked for differences between the proposed bill and the abortion manslaughter law in Ohio Revised Code since 1974. One section of law says no one conducting an abortion “shall fail to take the measures required by the exercise of medical judgment … to preserve the life of a child who is alive when removed from the uterus” of the pregnant person.

Neither of the sponsors of the bill, Sens. Terry Johnson, R-McDermott, and Stephen Huffman, R-Tipp City, are on the oversight and reform committee, so committee chair Sen. Kristina Roegner, R-Hudson, said the committee would ask for an answer and distribute it to the committee.

Supporters of the bill say the bill addresses an issue that is still a problem in the state, and something that should be diligently monitored by any means necessary.

“No one in this state should ever be left to die,” said Margie Christie, executive director of anti-abortion group Dayton Right to Life. “Not in the streets, not in our hospitals and certainly not in our ambulatory surgical facilities.”

Christie argued that the bill should not be seen as an attack on abortion as a whole, like a recent trigger ban bill that seeks to ban abortion entirely in Ohio if the U.S. Supreme Court decision in Roe v. Wade is overturned.

She also mentioned an annual abortion report released by the state last week which showed more than 100 abortions occurred after 21 weeks gestation.

It is important to note, however, that the report also found that none of the pregnancies for which abortions were conducted at 19 weeks or more gestation were considered viable after an ultrasound assessment and, in some cases, further tests.

Abortion is legal in the state of Ohio up to 22 weeks gestation.