A Toledo company that’s trying to stop a group of contracts worth billions from going forward on Wednesday focused on what it saw as inconsistencies in the way the Ohio Department of Medicaid procured them. And it again hinted at possible improprieties by Medicaid Director Maureen Corcoran.

It was the second day in a trial considering whether to stop implementation of five-year Medicaid managed-care contracts worth a combined $22 billion — the largest government procurement in state history.

A longstanding Medicaid managed-care company, Paramount Advantage, was not among the six selected earlier this year even though it had been a provider since the start of the state’s managed-care program and it had gotten good ratings.

It says being locked out of the program would result in more than 600 layoffs at Paramount and its parent company, Toledo-based ProMedica.

But if it’s successful in stopping implementation of the contracts, that would at least delay a major overhaul of Ohio’s $30 billion-a-year Medicaid program. The reforms are meant to focus care on individual clients, provide a continuum of service to 60,000 kids with complex behavioral needs and bring transparency to the way it spends billions on prescription drugs.

While the process by which companies were selected was intended to be competitive, it involved many more ambiguities than when state officials take bids for items like asphalt or police cars. Through two days of testimony, Paramount attorney Kirsten R. Fraser has focused on ambiguities and inconsistencies as she tries to make the case that her client was improperly passed over.

Managed-care providers contract with the state to sign up clients, create networks of providers such as doctors and hospitals, help determine what care is covered and see that providers are paid. Managed-care companies are paid a set amount each month for each client they have.

One of the vagaries in the procurement process that Fraser has pointed out is that interested companies were told they’d be evaluated according to three criteria: “method of approach,” “capability” and “experience.” But when she questioned six of the seven Medicaid officials who evaluated proposals, none could point to written definitions of those terms — either in the instructions to submit a proposal, or during the evaluation process.

Paramount contends that the process was biased in favor of huge, out-of-state companies, including Centene, a successful bidder that this year agreed to pay $88 million to settle claims that it ripped off Ohio taxpayers. 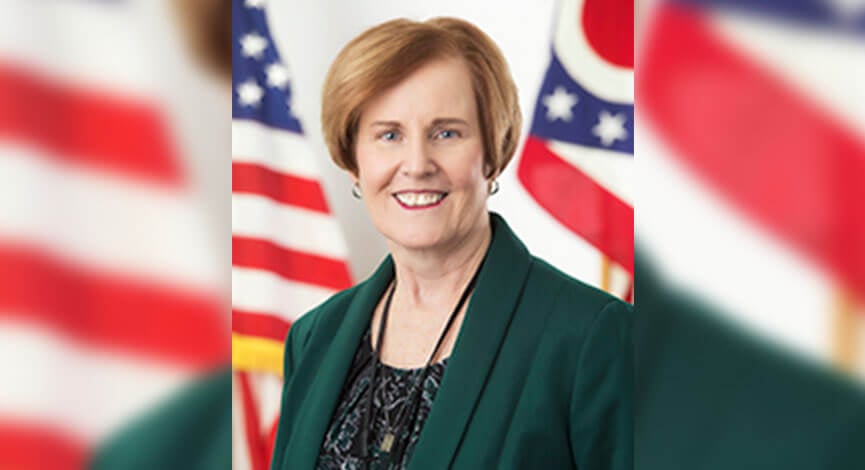 Despite Paramount’s long experience in Ohio, evaluators rated it a weakness that the relatively small company hadn’t operated out of state. Fraser asked Medicaid Deputy Director Patrick Beatty if that didn’t conflict with Corcoran’s claim to a Senate committee that the procurement process would favor companies with deep experience in Ohio. Beatty responded that Corcoran didn’t serve on the panel that evaluated applications.

Even so, Corcoran had the final say in who won contracts.

Corcoran’s role in the procurement is under scrutiny for other reasons.

All of the evaluators who have testified so far said they had to file forms disclosing whether they held a financial interest in the companies trying to win contracts.

Corcoran has refused to say whether she filed such disclosures even though it appears to be required by law. Documents filed under a separate law show that at least as of last year, Corcoran held stock in two of the companies that were awarded managed-care contracts and in the company that got the contract to create a system of services for kids with complex behavioral problems.

Corcoran also won’t say how much stock in those companies she owns. The law under which she disclosed her ownership only requires officials to say whether they own at least $1,000 worth of stock in a company.

Fraser also asked Beatty if Corcoran violated the “blackout period” by communicating or having her staff communicate with companies while their proposals were under consideration. Beatty said he knew of no such improper communications.

Several times in her presentation Wednesday, Fraser pointed out that as recently as last year, Paramount scored well ahead on parts of Medicaid’s annual report card than UnitedHealth. That company, the nation’s fifth-largest, was successful in this year’s procurement and Corcoran owned its stock at least from 2018 through 2020.

But the Medicaid evaluators testified that they had strict instructions not to consider their past experiences with companies; they were only to consider what was in the companies’ applications.

Mary Applegate, the department’s medical director, said the point was to re-envision the program and bring about better health outcomes, such as reduced infant mortality. She said that in their application and their oral presentation, Paramount officials explained how they would do things under the current system.

“We wanted resourcefulness,” Applegate said. “We wanted patient-centeredness. We wanted a new paradigm of what ‘managed care’ means.”

The trial will resume Nov. 8.