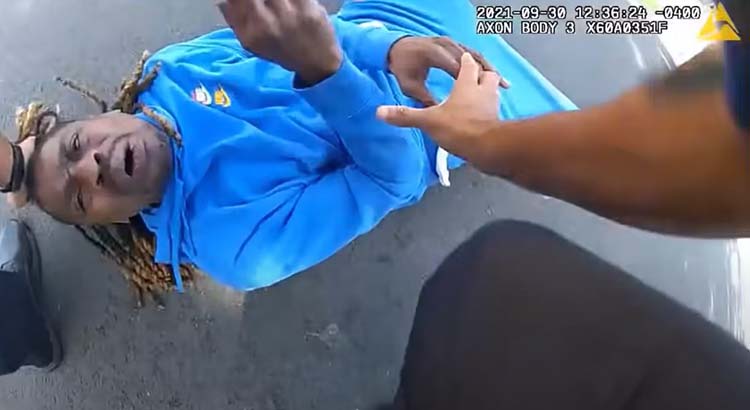 During a traffic stop late last month, Dayton police officers pulled Clifford Owensby from his car by the hair. Owensby, who is paraplegic, repeatedly told the officers he could not get out of the car, that he wanted them to call a supervisor, that they could hurt him by pulling him from the vehicle. They pulled him out anyway, handcuffed him, and dragged him away.

“It actually feels unreal, it feels like waking up to a bad dream over and over again,” Owensby said of the incident in an interview Monday.

It comes as Dayton, like many cities around the country, works to reform its police department. In June of last year volunteers began developing recommendations, and city officials say they’ve completed more than 50 of the 142 proposals put forward. Dayton Mayor Nan Whaley was quick to note those changes were instrumental in bringing to light what happened to Owensby.

Local organizers like Daj’za Demmings recognize that point but can’t help but be frustrated. 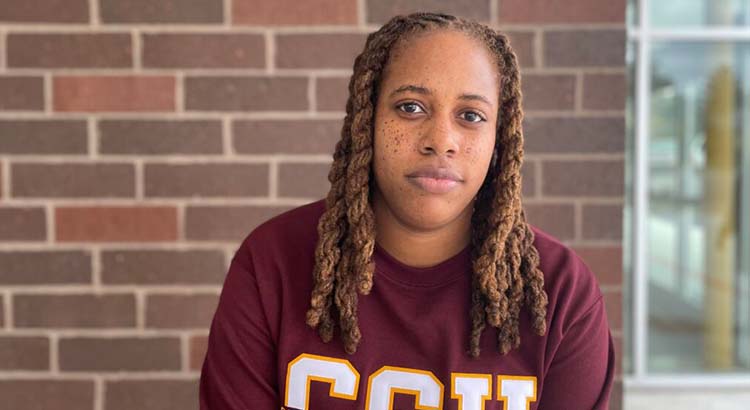 “They had body cameras, right? They were still bold enough to do everything they did knowing that those body cameras were on,” she said. “That tells you the type of person it is. We can keep trying to fire the officer and do all this, but it’s like cutting the leaves off. We have to get to the root of the issue.”

To Demmings, the problem is one of mindset. She argued many officers come from outside the city and don’t know how to operate in settings where people of color make up the majority of residents.

While Dayton pursues reform locally, a statewide proposal backed by the governor appears dead on arrival. Gov. Mike DeWine first announced his plans in June of 2020 alongside Attorney General Dave Yost. The package included banning chokeholds, providing oversight and independent investigations for use of force incidents, and state dollars for body cameras and training.

Legislation never materialized. Then in April, shortly after Derek Chauvin was found guilty in the murder of George Floyd, DeWine went on “Face the Nation,” and argued there’s a “clear pathway” for police reform. But so far, the closest DeWine’s legislative partners have gotten is a measure expressing the intent to “study and implement” the governor’s ideas.

That proposal never got a hearing.

One of the sponsors, Rep. Phil Plummer, R-Dayton, is the former sheriff for Montgomery County which includes Dayton. He called the Owensby video “disturbing.”

“It doesn’t look good for anybody,” Plummer said. “It’s difficult, but as long as the investigation is done and if there’s wrongdoing they’re held accountable and people are properly trained I think we can move forward.”

Plummer spoke after a committee hearing aimed at setting up a vote for HB 435, the vaccine mandate measure favored by GOP leadership. The attempt to line up support for that bill ahead of a floor vote eventually fizzled, but the party’s single-minded focus on vaccine politics is keeping initiatives like police reform on the back burner.

“It’s kind of been put on hold for obvious reasons,” Plummer said of the proposal. “We have this bill (HB 435), we have several other things pending, so we have to revisit that bill. It’s not finished yet by any means.”

Plummer’s cosponsor, meanwhile, appears ready to move on to different, narrower approaches. Rep. Cindy Abrams, R-Harrison, is a former Cincinnati police officer who now serves as assistant majority whip. Like Plummer, she pointed to other legislative demands like the budget or redistricting pulling attention away from police reform. As a former officer, she said her focus is on training.

“The more training you have, the better person you have in fill in the blank industry,” Abrams explained.

She described securing a 50% match in funding for training in the last budget and said that going forward she wants to double that.

But so far as the governor’s broader range of proposals, Abrams’ focus right now is elsewhere.

“We’ll take a look at it,” Abrams said, “like I said, I’m focused on training right now, so that’s not even a focus of mine at this moment,”

Without significant movement in the Statehouse, Dayton and other cities are on their own to figure out how to improve the relationship between police and the community.

“Oh, I’m shocked that the GOP Legislature hasn’t moved at all on something important,” Whaley said dripping with sarcasm.

Whaley, who is running for governor, criticized DeWine’s approach as top-down while local efforts have been more inclusive.

“It’s like we’re going to do these things to communities, is the way Plummer and DeWine look at it, instead of how do we do things with communities,” Whaley argued.

Operating alone, the city can’t establish programs like a database of problem officers, but Whaley believes the city is taking meaningful steps to improve relations. She identified efforts to increase diversity in recruiting, expand training in de-escalation, and build alternative response systems to divert calls away from the police. Still, she acknowledged those changes won’t yield results overnight.

Whaley contended it will be up to the city to prove it is serious about reform in how it responds to use of force cases.

On the block where Owensby was pulled from his car, neighbors are shaken. One woman who asked not to be identified for fear of retaliation said incidents like Owensby’s happen all the time, but rarely get reported.  She argued whether he was involved in criminal activity or not, police should’ve treated him like a human being.

Another neighbor, who also didn’t want to share his name, called the police response “wholly unacceptable.” He was particularly concerned about officers using Owensby’s criminal history as a pretext for searching the car and to discredit him after the fact.

“If he was wrong at any point,” he asked, “does that give them the right to pull him out by his hair?”

For her part, Daj’za Demmings is frustrated with the state of local reform. She said the way police treated Owensby feels like a betrayal for some of those who participated in city’s efforts. She also criticized city leaders for waiting almost two weeks to acknowledge the incident publicly.

“How can we vote for you?” she asked.

Demmings continues to demand accountability in the Ownesby case, and local officials are investigating. But the incident has also forced her to zero-in on one primary concern.

“I’m just trying to make sure that my community knows how to navigate the spaces that they’re in,” she said. “And like, who wants to have to have that conversation with a 12 year old boy? When a police says something to you, make sure your hands are visible, make sure you’re looking them in the eye, no sudden movements, like who wants to say that to a child? But that’s what we have to do, so that’s where our focus is.”