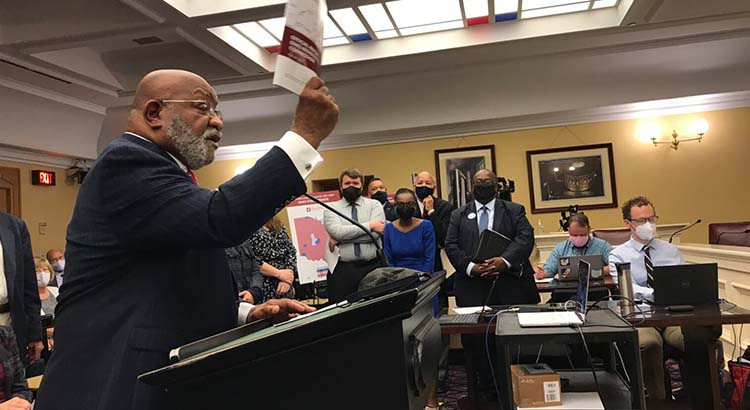 With the state legislature missing the Sept. 30 deadline to approve congressional maps, the state redistricting commission now has a month to propose, agree to and approve new district lines for Ohio’s U.S. representatives in Congress.

The commission starts out with two proposals already submitted, one from Ohio Senate Democrats and one from the independent Ohio Citizens Redistricting Commission.

The OCRC released their maps the day of the General Assembly deadline to approve congressional maps. When the official redistricting commission was holding public hearings on legislative maps in August, the OCRC also submitted map proposals for that process as well. 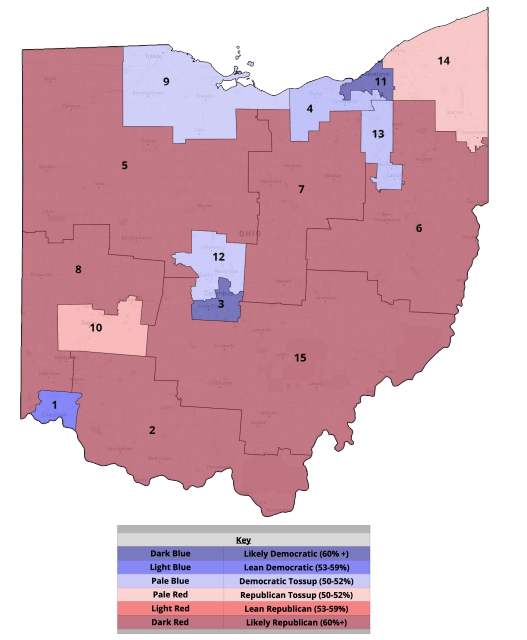 The OCRC said it not only took into consideration all the requirements of a constitutional map, including population limits and contiguity of districts, but they also attempted to keep communities together and include minority representation in the drawing of its maps. 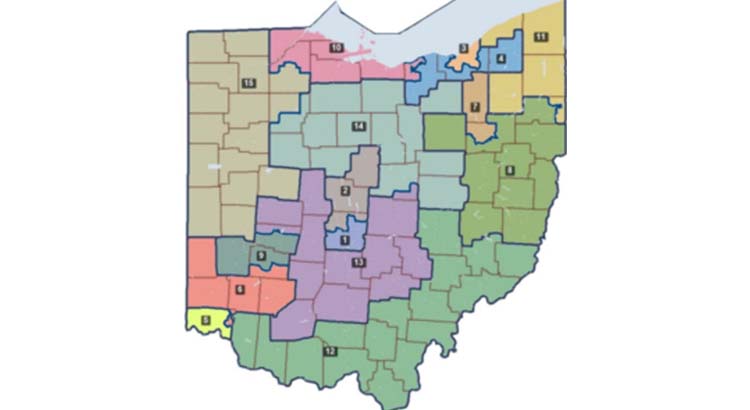 The Senate Dems’ maps were released as Senate Bill 237 last week. The map was put forth the day before the deadline passed, and proposes six competitive seats, breaking down the state that was previously split between 12 Republican seats and 4 Democratic seats into eight GOP districts and seven Democratic or nine Republican to six Democratic.

The partisan lean of the Senate Dems’ map is between 45% and 55%, meant to meet the voting split of partisan statewide elections since the last U.S. Census.

The Princeton Gerrymandering Project, a nonpartisan group who analyzes redistricting efforts nationwide gave the Senate Dems’ map an overall grade of “B.” The group gave the highest individual score of the map to its partisan fairness, a “B” as well, saying it gives the Democrats a “slight” advantage. In terms of competitiveness and geographic features, the project gave the map a “C,” average for the categories, but with the possibility for improvements.

The redistricting commission now has until Oct. 31 to draw a new map. If it receives bipartisan agreement, the map will go into effect for 10 years, but if no bipartisan agreement can be reached, the General Assembly returns to work on the maps. If that map isn’t agreed to by both sides, the map can be passed through a simple majority, to last four years.

The legislative maps are already set to be on a four-year cycle since they were passed without the support of the two Democrats on the commission. Those maps are tied up in three different lawsuits, set to be considered by the Ohio Supreme Court in December.