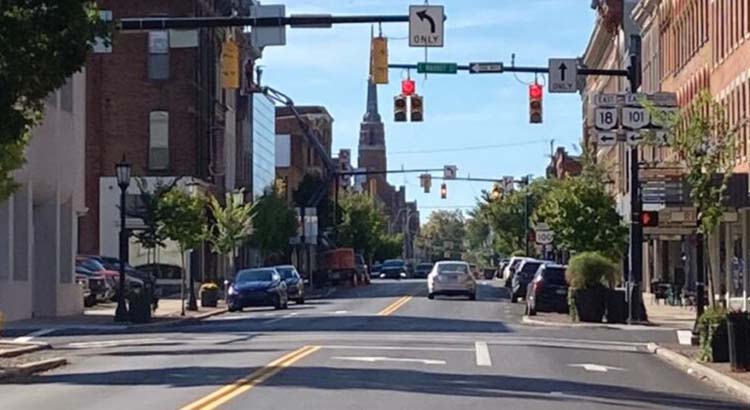 This picture shows the recently completed paving on South Washington Street, part of the 2021 Pavement Repair Program and funded through the Road and Bridge Levy. (Photo Credit: TiffinOhio.gov)
ShareTweet

The scope of work includes ADA curb ramp removal/replacement, pavement resurfacing and striping. All manhole and catch basin adjustments will be completed internally by the City of Tiffin Public Works Department to save taxpayer dollars.

Opening of bids for the project is planned for January or February of 2022 with construction beginning in the spring of 2022, to be completed by Labor Day 2022. The paving list is provided below, as well as alternate bid list of streets to be considered for paving if the City receives a favorable bid amount for the entire project.

Since the passage of the Road and Bridge Levy, nearly $3 million has been invested toward street resurfacing in the City of Tiffin over the 2019, 2020 and 2021 construction seasons. Of the total investment, approximately $950,000 (31.7 percent) has been funded by state or federal grant sources. Annually, approximately $937,500 in local funding has been spent on city infrastructure, more than twice the amount budgeted in years prior to the passage of levy.

Montz commented, “I applaud the efforts of City Engineer Matt Watson for continuing to work the paving plan and stretching our tax dollars by having the paving program ready to bid at the beginning of the year. I especially am thankful for the voters for passing the Road and Bridge Levy and making the investment in our city streets.”

City Engineer Matt Watson said, “I’m proud that with this proposal, the City of Tiffin will have invested approximately $3.75 million into our roads and bridges. This investment ensures that our roads are being properly maintained by placing each roadway on the desired 15-20 year paving cycle.”

Roads to be paved as part of the 2021 Pavement Repair Program: