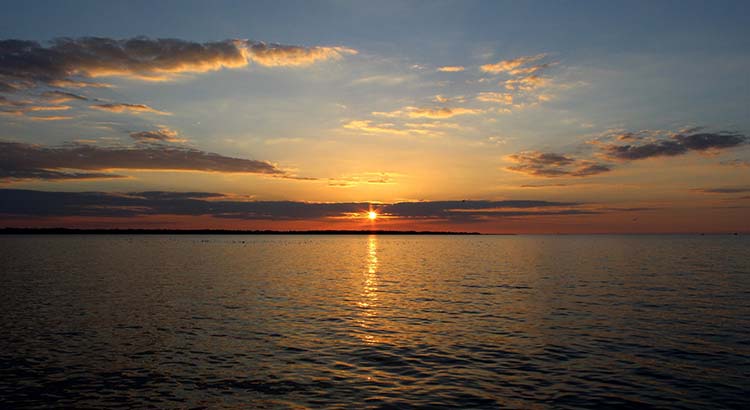 This past May, biologists from the New York Department of Environmental Conservation found something that looked quite small and inconsequential to those of us who might only fish in the Great Lakes, but something that was huge and quite important to scientists like them that spend their entire lives staring into the into largest freshwater basin on the planet.

It was a baby lake trout in the Lake Erie waters that they discovered near the Pennsylvania-New York border. What made this significant was that this was a “wild lake trout fry,” meaning that it was a species of lake trout that was thought to be extinct for 60 years and was now reproducing on its own in Lake Erie: not hatched in a fishery and then released as it had been previously. Instead, this was a historic restoration on its own for a population that was once plentiful, but collapsed due to overfishing, habitat degradation and invasive species.

The species was identified through genetic bar-coding, confirming the presence of naturally reproducing lake trout. The trout fry discovered were from the largest member of the cold-water char family, “Salvelinus Namaycush” a species that can live for about 40 years and grow to more than 100 pounds. Forty-pounders are not uncommon in the Great Lakes back when this species of fish was targeted by commercial fishing ships from the late 1700s through the late 1800s.

“Today marks a key milestone in the restoration of lake trout in Lake Erie after six decades of significant investments to improve water quality and habitat and promote sound fisheries management,” NY DEC Commissioner Basil Seggos in a statement this summer. “This phenomenal Great Lakes story of recovery is a testament to the perseverance of the researchers and biologists from DEC and partner agencies who worked tirelessly to help restore this [lake trout].”

The resurrection of this species of fish is important for many reasons, but it may take decades to realize its significance. For example, will the state legislatures in Lake Erie bordering states like Ohio, Pennsylvania and New York — along with Ontario, Canada — be deciding what the “legal bag limit” for catching 20-pound lake trout on a charter boat for the 2030 year? And will lakeside restaurants be featuring Lake Erie trout on the menus along with walleye?

Despite the long-term clean-up of the Great Lakes being incremental and at times unnoticeable, this trout discovery is another sign the shallow Lake Erie and the deeper other Great Lakes are getting better. Yes, heavy rain in early August caused an “overflow event” and 280,000 gallons of storm water and untreated sewage to flow into Lake Erie near Cleveland, forcing beaches to close. And yes, “lots of dead fish,” were causing a smelly “really strong … natural gas odor” in Lake County communities east of Cleveland in early September.

But overall, the Great Lakes are getting cleaner. Signs of that in Ohio are larger populations of perch and walleye, big economic growth from charter fishing and open spaces on the lakefront, and higher property values for those homes with beaches in the backyards.

The big hatch of walleye last year (and expected big hatch in 2021) “ensures an abundance of young walleye will complement the older and larger fish that make up the current Lake Erie walleye population, which is projected to hit a historic high in 2021,” said Travis Hartman, Ohio wildlife division’s Lake Erie fisheries program administrator last in an interview last year.

What does more walleye and baby trout and potential cleaner freshwater in the Greta Lakes really mean? Two important points are putting the Great Lakes cleanup on the national and international radar.

The first is that environmental issues have moved further into the center of the political spectrum and is no longer seen as a leftist extreme. In the United States — especially in the Midwest states — the ageing of the population that puts many in retirement makes the Great Lakes more involved in their lives (e.g., fishing, birding, parks and rec places).

“A strong focus on the Great Lakes is one way — a small way, but it’s a start — to remind us that not every issue is strictly partisan and that justice can cross boundaries,” Mike Shriberg, the Great Lakes Regional Executive Director of the National Wildlife Federation and a lecturer at the University of Michigan, wrote recently. “The thousands of species of birds, fish and wildlife who make their home here have no political party. The hunters, anglers, hikers, campers, kayakers and local businesses who rely on clean water for outdoor recreation and sustainable industry come from across the political spectrum.”

That’s why the Great Lakes Restoration Initiative projects (in cooperation with Canada), protecting safe drinking water (40 million people rely on the Great Lakes for drinking water), and restoring and strengthening of Clean Water Act protections (limits on development and on the use of harmful chemicals) have become shared ideology rather than divisive in recent years. Having the Great Lakes in the middle of important political swings states certainly add to that importance.

The second part of all this is how the international political and scientific community are paying attention to how various regions of the world are being affected by climate change. The fact that the Great lakes have 20% of the world’s surface fresh water and 90% of North America’s surface fresh water puts this part of the planet up near the top of the list of consideration of how they fit into the bigger picture of the effects of global warming.

Some of it involves studying whether climate change will make the amount of water in the Midwest U.S. go up or down and the effect that will have. Others think this may be a place where “climate migration” ends up, as Fast Company speculates in this article: Why we need to make the Great Lakes the center of our climate strategy.

“No place is immune to climate change, but these [U.S. Midwest] cities offer a solid foundation for investing in hard infrastructure and providing frontline communities with green jobs, affordable housing, and freedom from egregious climate risks … areas like the Great Lakes are destined to be a refuge for people seeking relief from climate change. A robust federal climate migration pilot program must identify places where relocates will move to, including by leveraging other federal resources to cities and states that build resilient housing and economic opportunities in safe locations.”

On the one hand, we have an extinct fish species making a comeback and all that that entails. One the other hand, Ohio might have refugees from American coastal cities re-settling near Toledo, with the occasional algal bloom causing problems for the existing population, and perhaps new arrivals.

Of course, it might be where the fish may be biting more than ever. And the lake may be smelly too. Sometimes both will happen at the same time.