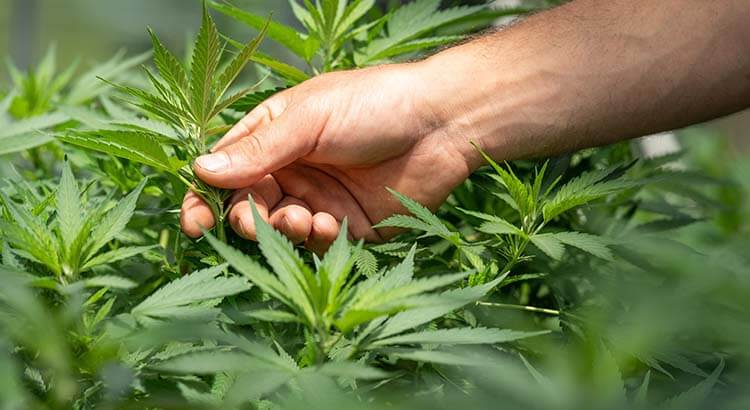 When the people of Colorado and Washington voted for the recreational legalization of adult marijuana use in 2012, one of the primary arguments against doing so was that this would cause more young people to use weed and it would be a gateway drug to more serious addictions. That was the main issue on those ballots, and for the many ballots since that would make marijuana recreationally legal in 19 states currently.

But over time, that notion has been found to be untrue. In fact, National Institute on Drug Abuse (NIDA) Director Nora Volkow was interviewed on a very pro-legalization marijuana podcast (Drug Policy Alliance) in late August where she admitted, “I was expecting the use of marijuana among adolescents to go up [where it is legalized], but overall, it hasn’t.”

What is happening now as more and more states decide both the medical and recreational legalities of marijuana (still designated illegal by the federal government) is the economic benefits states and local governments might get from making it completely legal. And it appears that the message being sent to voters in states with the issue on the 2022 ballots is that legal weed can be a huge economic engine.

As of May 2021, those 19 states reported a combined total of $7.9 billion in tax revenue from legal, adult-use marijuana sales. In addition to revenue generated for statewide budgets, cities and towns have also generated hundreds of thousands of dollars in new revenue from local adult-use cannabis taxes.

In late August, the state of Ohio approved ballot language for recreational cannabis legalization in the state of Ohio, clearing the way for backers to begin collecting signatures for the initiative. This could take the form of forcing the state legislature to vote on the issue of legalized marijuana, or taking it directly to the voters.

Thomas Haren, a spokesman for the coalition promoting the initiative and a Cleveland attorney who practices cannabis law, said “We want to regulate marijuana like alcohol. By that, we mean restrict sales to people under 21 years of age. We want to make sure every product is tested, it’s produced here in Ohio by licensed cultivators or processors, [and] sold at licensed dispensaries.”

What the proponents of legalized marijuana sales in Ohio are likely to emphasize is how much more it might generate in taxes for the state than alcohol does. Despite the uncertainty of the pandemic closings of restaurants and bars in 2020, Ohio generated $113.6 million in taxes on alcohol sales last year. That’s an 8% increase over 2019 and up 11% from 2018, according to the Ohio Office of Budget and Management.

The estimates for what legalized marijuana will bring compared to alcohol are similar to other states that have already passed legalized recreational marijuana initiatives. Two of those are the Midwestern states of Michigan and Illinois.

It is important to know that the marijuana sales are on an upswing as the states that recently passed legalization ballot issues settle in with retail sales becoming more “normal.” In Illinois, the state had nearly $128 million in recreational use purchases in July alone, more than double of what sales were in July of 2019. Illinois sold about $670 million in cannabis in 2020, and took in about $205 million in tax revenue. If the 2021 increases continue, Illinois will record more than $1 billion in adult-use marijuana sales and taxes received will be more than $300 million. From January to March, Illinois generated about $86,537,000 in adult-use marijuana tax revenue, compared to $72,281,000 from liquor sales.

Michigan marijuana sales broke another record in July, with more than $171 million in cannabis transactions. In the same month, those total sales translate into $23 million in monthly state tax revenue, some of which will go to infrastructure projects, public education and individual jurisdictions.

Recreational marijuana sales in Michigan totaled more than $341 million in 2020, which put $31 million in the state coffers from the 10% excise tax. Of those state tax revenues, the Michigan Department of Treasury is distributing $10 million of marijuana tax revenue to more than 100 cities, villages, townships and counties based on 2020 sales. Alcohol sales generate about $220 million in state sales taxes in Michigan.

“The revenue generated from marijuana taxes and fees is important to our local governments,” Michigan State Treasurer Rachael Eubanks said. “In this extraordinary time, our staff is working to get those payments to impacted municipalities and counties. Every dollar helps right now.”

As the future marijuana markets level out, the Tax Foundation has Michigan gaining $288 million in tax revenue each year and Illinois getting $277 million.

Meanwhile, a recent study on the economic benefits and/or community costs to legalizing recreational marijuana, the St. Louis Federal Reserve found that “While legal marijuana has been touted as a means for improving the fiscal position of states through lowering enforcement expenditures and generating additional tax revenue, the reality is much more complex.”

“Increases in tax revenue from recreational sales likely overstate the fiscal impact or could be short-lived,” the St. Louis Fed concluded. “Consumers are likely to spend a greater share of their income on marijuana and less on other taxable goods, such as alcohol … [and] as is the case with many types of “sin taxes”— taxes on products such as alcohol, tobacco and the lottery—individuals in lower income brackets are generally more likely to consume these products, thereby producing a regressive tax policy.”

Ohio State University law professor Douglas Berman wrote on a recent blog that Ohio’s “start of a statutory initiative campaign, which gives the Ohio General Assembly a chance to act on proposed reforms before the proposal goes directly to the voters, strikes me as especially shrewd and interesting.”

“This approach will likely keep the issue in the news in ways that ought to be helpful to reform proponents (e.g., they can discuss tax revenues and the need for Ohio to keep up with its reform neighbors); and this approach may require many state legislators to have to express a position on reform in a run-up to an off-year election in which a topic like marijuana reform could help turn out some extra voters. Interesting times.”