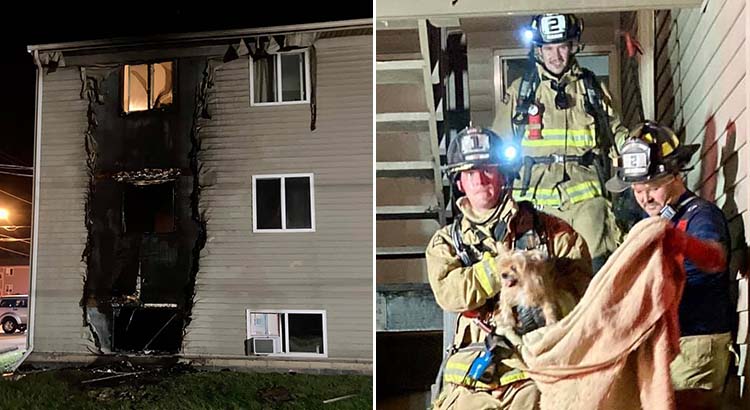 At 9:39 p.m., TFRD was dispatched to University Apartments, 204 E. Market St., on a report of a fire in the building with multiple people trapped.

Upon arrival, the crew searched 12 apartments in the building and evacuated numerous occupants, one of which had to be carried from the building.

The fire was brought under control and two dogs were found alive in the building.

Other than the damage to the outside of the building, TFRD says the fire was contained to a single apartment.

The cause of the fire remains under investigation.