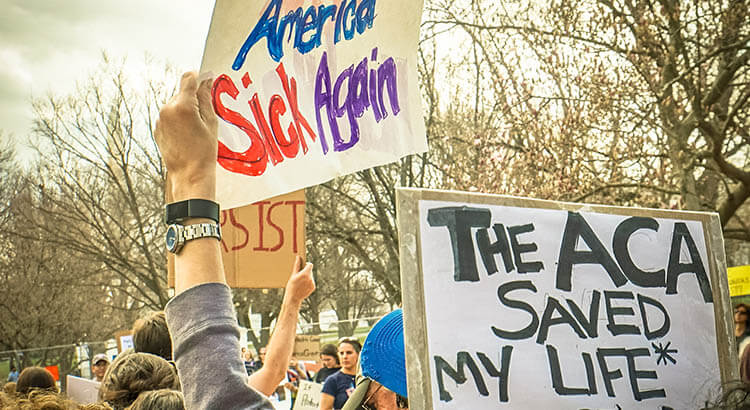 Many Americans breathed a sigh of relief when the Supreme Court left the Affordable Care Act (ACA) in place following its third major legal challenge in June 2021. This decision left widely supported policies in place, like ensuring coverage regardless of preexisting conditions, coverage for dependents up to age 26 on their parents’ plan and removal of annual and lifetime benefit limits.

But the hits keep coming. One of the most popular benefits offered by the ACA, free preventive care through many employer-based and marketplace insurance plans, is under attack by another legal domino, Kelley v. Becerra. As University of Michigan law professor Nicholas Bagley sees it, “[t]his time, the law’s opponents stand a good chance of succeeding.”

Now that the ACA is safe, it’s time to talk about the *next* constitutional challenge involving the law—one that targets zero-dollar coverage of preventive services and vaccines, including contraception.

We are public health and economics researchers at Boston University who have been studying how preventive care is covered by the ACA and what this means for patients. With this policy now in jeopardy, health care in the U.S. stands to take a big step backward.

What did the ACA do for preventive health?

One way it has tried to reach both goals is to prioritize preventive services that maximize patient health and minimize cost, like cancer screenings, vaccinations and access to contraception. Eliminating financial barriers to health screenings increases the likelihood that common but costly chronic conditions, such as heart disease, will be diagnosed early on.

Section 2713 of the ACA requires insurers to offer full coverage of preventive services that are endorsed by three federal groups: the U.S. Preventive Services Task Force, the Advisory Committee on Immunization Practices and the Health Resources and Services Administration. This means that eligible preventive services ordered by your doctor won’t cost you anything out of pocket. For example, the CARES Act used this provision to ensure COVID-19 vaccines would be free for many Americans.

Removing the financial barrier has drastically reduced the average cost of a range of preventive services. Our study found that the costs of well-child visits and mammograms were reduced by 56% and 74%, respectively, from 2006 to 2018. We also found that the ACA reduced the share of children’s preventive checkups that included out-of-pocket costs from over 50% in 2010 to under 15% in 2018.

Despite these reductions in costs, there are limitations to this benefit. For example, it doesn’t cover follow-up tests or treatments. This means that if a routine mammogram or colonoscopy reveals something that requires further care, patients may have to pay for the initial screening test, too. And some patients still receive unexpected bills for preventive care that should have been covered. This can happen, for example, when providers submit incorrect billing codes to insurers, which have specific and often idiosyncratic preventive care guidelines.

We also studied the residual out-of-pocket costs that privately insured Americans had after using eligible preventive services in 2018. We found that these patients paid between $75 million to $219 million per year combined for services that should have been free for them. Unexpected preventive care bills were most likely to hit patients living in rural areas or the South, as well as those seeking women’s services such as contraception and other reproductive health care. Among patients attempting to get a free wellness visit from their doctor, nearly 1 in 5 were later asked to pay for it.

Nevertheless, the preventive health provision of the ACA has resulted in significant reductions in patient costs for many essential and popular services. And removing financial barriers is a key way to encourage patients to use preventive services intended to protect their health.

The threat of Kelley v. Becerra

The plaintiffs who brought the latest legal challenge to the ACA, Kelley v. Becerra, object to covering contraception and preexposure prophylaxis (PrEP) for HIV on religious and moral grounds. The case is currently awaiting decision in a district court in Texas, but seems to be headed to the Supreme Court.

The case rests on two legal issues: 1) violation of the nondelegation doctrine, and 2) the appointments clause of the Constitution. The nondelegation doctrine is a rarely used legal argument that requires Congress to specify how their powers should be used. It essentially argues that Congress was too vague by not specifying which preventive services would be included in Section 2713 up front. The appointments clause specifies that the people using government powers must be “officers of the United States.” In this case, it is unclear whether those in the federal groups that determine eligible preventive care services qualify.

Texas District Judge Reed O’Connor has indicated so far that he takes a kind view toward the plaintiff’s case. He could rule that this provision of the ACA is unconstitutional and put the case on a path to the Supreme Court.

If Section 2713 were repealed, insurers would have the freedom to reimpose patient cost-sharing for preventive care. In the short run, this could increase the financial strain that patients face when seeking preventive care and discourage them from doing so. In the long run, this could result in increased rates of preventable and expensive-to-treat chronic conditions. And because Section 2713 is what allows free COVID-19 vaccines for those with private health insurance, some patients may have to pay for their vaccines and future boosters if the provision is axed.

[Over 100,000 readers rely on The Conversation’s newsletter to understand the world. Sign up today.]

The ACA has been instrumental in expanding access to preventive care for millions of Americans. While the ACA’s preventive health coverage provision isn’t perfect, a lot of progress that has been made toward lower-cost, higher-value care may be erased if Section 2713 is repealed.

Lower-income patients will stand to lose the most. And it could make ending the COVID-19 pandemic that much harder.