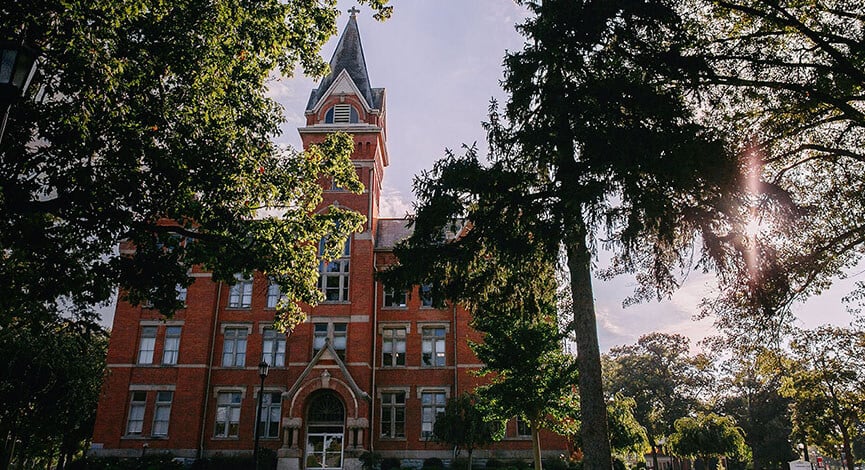 Tiffin, Ohio — Later this academic year, Heidelberg University will enter its second decade of The Patricia Adams Lecture Series. After having to cancel the fall event because of the COVID-19 pandemic, the University is pleased to announce that Janet Campbell, an entrepreneur whose professional mission has been to create innovative and enhanced technology for physicians in specified fields, will be the keynote speaker this spring.

Mark your calendars for April 13 when Ms. Campbell will be on Heidelberg’s campus on April 12-13 to engage with students in classrooms and in larger sessions. She will deliver the traditional PALS keynote address at the dinner event.

Led by a strong desire to help others, Ms. Campbell’s impressive resume includes the fields of medical devices, investment and technology. As the founder and former Chairman and CEO of Seno Medical Instruments Inc., the San Antonio-based company became the world’s leader in the research, development and commercialization of opto-acoustics for cancer diagnosis – the first new functional imaging technology developed in 22 years. As CEO, she secured over $100 million in investment capital for Seno and oversaw pre-market approval, including the largest diagnostic study conducted in the U.S.

Ms. Campbell assembled a team of world-class laser experts when she created eon, the world’s first non-contact, no-touch laser body contouring robotic platform device. Eon is the first product from Dominion Aesthetic Technologies Inc. She is the founder and Executive Chairman of the Board of Dominion, whose target market is focused on the fastest-growing aesthetic applications. Ms. Campbell’s team developed and commercialized more than 75 lasers for an array of industries, including the aesthetic market. Recently, Dominion filed a patent for the novel design of eon. It is one of the many patents her companies have received but the first bearing her name.

Campbell’s latest venture is BellaMia Technologies Inc., an aesthetics company that focuses on skin rejuvenation, a $6 billion market. The company’s product is a cart-based laser system that will address the resurfacing of the skin due to sun damage, wrinkles and scars by using lasers to stimulate collagen and elastin regrowth, which diminish during the aging process (starting at age 20). Campbell is BellaMia’s President and CEO.

Additionally, she is a board member of the Texas Business Hall of Fame and a member of the Cosmos Club in Washington, D.C. Campbell believes strongly in mentoring young talent and practices this in her professional and business life. She is a graduate of the University of Missouri and earned her MBA in Finance from The Johns Hopkins University. Her alma mater recognized her as Alumni of the Year in 2005 and she received the international Gold Stevie Award for Female Entrepreneur of the Year in 2013, among other high-profile awards in Texas.

Note: Heidelberg continues to adhere to a requirement to wear masks at all indoor venues, except when eating, and observe appropriate social distancing. These protocols are subject to change, depending on current the situation at the time of the event in April as well as guidance from local, state and federal authorities.

About the Patricia Adams Lecture Series

In 2010, Heidelberg launched The Patricia Adams Lecture Series, created and funded by The John and Patricia Adams Foundation. Its aim is to present exceptional female leaders from a broad spectrum of professional backgrounds as a way to expose all Heidelberg students to women who have made a significant impact in their careers and communities.

The series is named to honor Pat Adams’ loyalty to and passion for Heidelberg, her philanthropic spirit and her desire to leave a legacy to the university that has meant so much to both her and John, a ’58 Heidelberg alumnus and trustee emeritus.
In its first 10 years, PALS has fulfilled its mission by hosting women speakers representing the legal field, broadcasting, entrepreneurs, the military, business, entertainment, science, education and the arts.